Miguel Cotto defeated Daniel Geale with a knockout in the fourth round to make defend his WBC Middleweight Championships title. Cotto was quite strong from the first ring of the bill and round 1 and had Geale reeling back from the start. Cotto drop Geale twice in the round 4 before referee jumped in stop the fight. 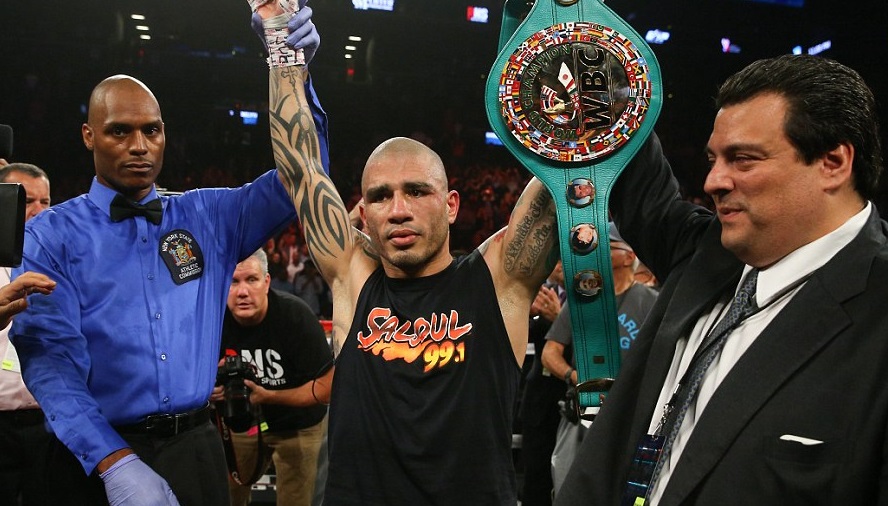 Cotto proved to be too strong in a fight against Geale at the Barclays Arena, Brooklyn New York infront of around 12000 fans. Cotto landed some heavyblows in round 1 and from that point it was evident that he will stop Geale in just matter of rounds. 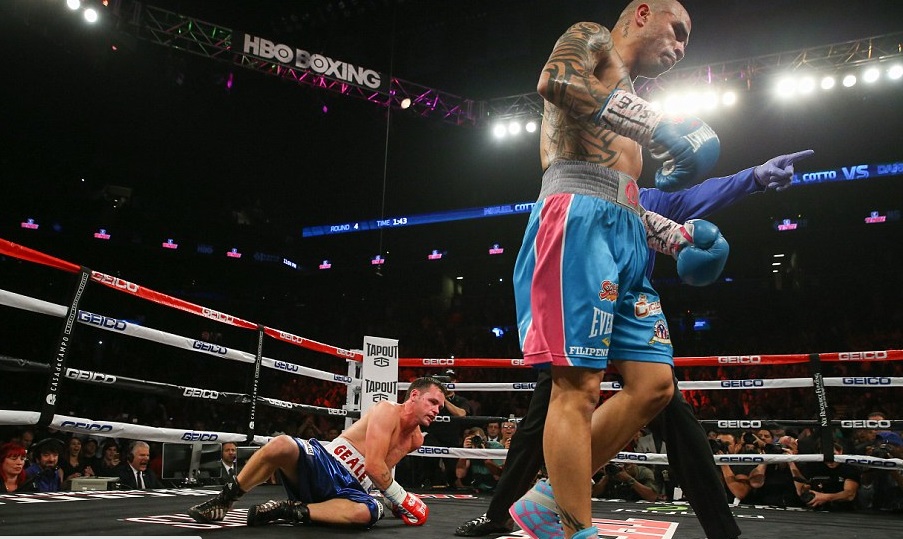 The fourth round proved to be the downfall of Geale who quit after the second knocked down. Now Miguel Cotto has turned his attention to Canelo Saul Alvarez and promised that the fight will happen if people wants to see that fight. Miguel Cotto will be fighting against former two time world champion Australia Daniel Geale for the WBC middleweight title championship on Saturday night, 06 June 2015. It will be part of HBO’s “Boxing Championship Night” series which is a not a PPV event. Last night the last press conference took place in Barclays Arena where Cotto suggested that a catchweight 157 is a fair way to go about the fight because Cotto believes he is not a natural 160 pounder.

Daniel Geale’s last big fight was against Gennedy Golovkin where he lost in the third round. So going into the fight Cotto is overwhelming favourite but he can not take Geale lightly after all they guy is former two time world champion.

There are whole list of undercard fights also announced for the weekend with the likes of Wilfredo Vazquez Jr, Alberto Machado and couple of other exciting names fighting on Cotto-Geale undercard. The fight will be taking place at Barclays Center in Brooklyn, New York and HBO will have the live coverage in USA starting at around 10:30 PM ET | 07:30 PM PT. While BoxNation channel will be broadcasting the fight live starting at 03:00 AM UK (Sunday early hours). In Geale’s native Australia the fight will be shown on FoxSports starting at around 11:30 AM Australia time (Sunday)