David Haye defeated Australian opponent Mark De Mori in what was a very underwhelming fight, well for De Mori, as far as Haye is concerned he tick all the boxes on his return as he shouted “I am Back, I am Back” after knocking out De Mori in first round. 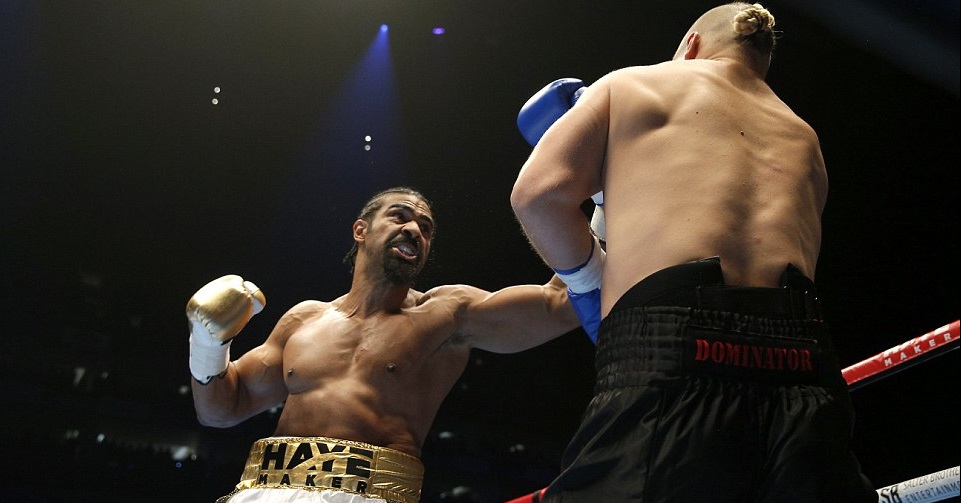 Well it just took around a minute for David Haye to register his first win on his comeback as he knocked out Mark De Mori in first round. Absolutely no movement from Mori left him an easy target and Haye produced some devastating knocks to end the end early.

All it took was 2 minute and 5 seconds on the clock before De Mori was laying down helpless after burst of powerful punches from Haymaker. David Haye caught De Mori with a big right hand and while he was going down, Haye added couple of more right and left combination to end the night in just over 2 minutes.

Haye was understandably happy and vowed to continue his surge to the top by being alot more active than he was before his retirement and get a title shot in next 9 to 12 months time.

David Haye Knocks Out De Mori in First Round (Video)

Haye vs Mori Weigh-in:
David Haye came out at 16st 3lb which is his career high in the official weigh-in for his saturday fight against Mark De Mori who himself weighed at 17st 5lb. 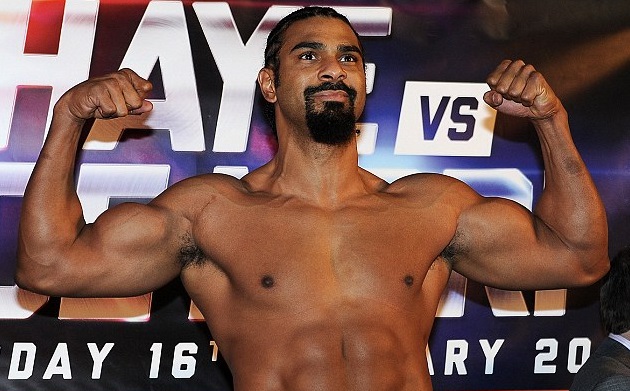 Mark De Mori was confident that he can knock Haye out who has not fought since April 2012 against Chisora in London. Haye vs Mori will be televised live on free-to-air UK channel called “Dave” 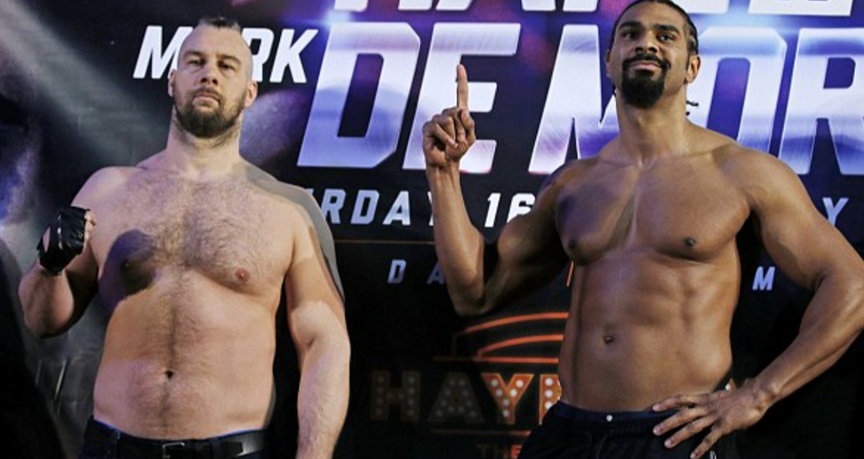 Mark De Mori however is no pushover and is coming into this fight on the back of a solid 33-1-2 record with 25 knockouts. His last 6 fights has ended in knockout wins inside four rounds. Below are all the details for the big fight on saturday.

Haye vs Mori Fight Night Schedule: The fight will be broadcasted on a free-to-air channel called “Dave” in the UK.  The coverage will start at around 19:00 uk time with undercards fights while the main-event won’t start before 22:00 uk time. The channel is widely promoted as home of the home of witty banter. David Haye failed to secure a decent TV rights deal for this fight and he ended up on a channel people barely know. below is the list of undercard fights and schedule of the night. (the undercard is more than just crap)

David Haye must win this fight to get back in the recognition with top heavyweights currently all looking to setup big fights. Klitschko vs Fury rematch is pretty much agreed, Wilder is hoping to fight the winner of Klitschko-Fury II while Anthony Joshua is the real big name who David Haye can get in the ring within next 1 year but for that he needs to beat De Mori this weekend.

Predictions: Haye last fought back in 2012 and he will be ring rusty but still should have more than enough to knockout De Mori within first 6 rounds. I am going with Haye making it an easy work and setup a big fight for late 2016 against either Wilder or Anthony Joshua.