Its official, Floyd Mayweather Jr will be taking on Andre Berto on 12 September 2015 and what will be a showtime PPV event in MGM Grand, Las Vegas. Many boxing experts are billing it as a tune up fight for another Manny Pacquiao showdown next year.

Mayweather and showtime announced the fight today and ended months of speculation about potential Amir Khan vs Mayweather. This is the last of the 6th fight contract Mayweather had with Showtime all although previously Mayweather stated that september 2015 will be his last fight but its hard to see him leaving the sport with such a non-contest. Andre Berto is a decent boxer but he is 3-3 in his last 6 fights and it should be another walk in the park for self-claimed “The Best Ever” Mayweather.

The fight is scheduled to take place in MGM Grand and it will be 12th consecutive fight for Floyd at this arena and it will be another PPV event from showtime sports unlike previously stated free-to-air fight. Its hard to see how Floyd is going to sell this fight after what was a anti-climax showdown against Manny Pacquiao few months back.

The first press conference where the official announcement will be made is scheduled on Thursday, 06 August 2015 and in the same press conference the tickets details will be revealed as well. For 12 September bout against Berto tickets you dont have to panic they will be available even on the day of the fight alot cheaper than what Mayweather-Pacquiao fight. Since the announcment of the fight some of the ticket websites already selling tickets where prices starts from  just under $500. We will get more info about the tickets after the first press conference. 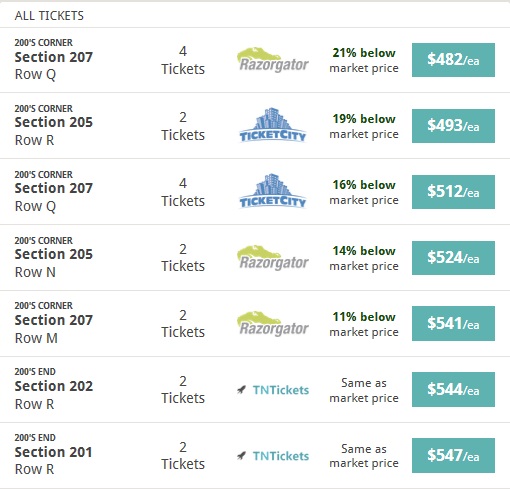 Looking at the record of both fighters there is hell of a difference in class and the opponents fought, Mayweather will be hunting for record equaling 49-0 while Berto is smaller in size, less knock out ration than Floyd and he is 3-3 in his last fights so its a no brainer who is going to win this fight. 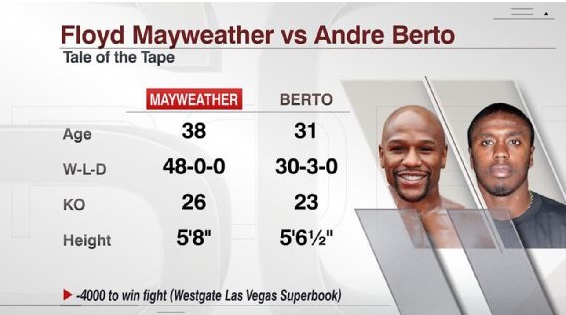