Danny Garcia defeated Robert Guerrero with a unanimous decision and becomes the new WBC walterweight champion on Saturday night in Los Angeles. All three judges scored the fight to 116-112 where Guerrero started the stronger but faded in later rounds. 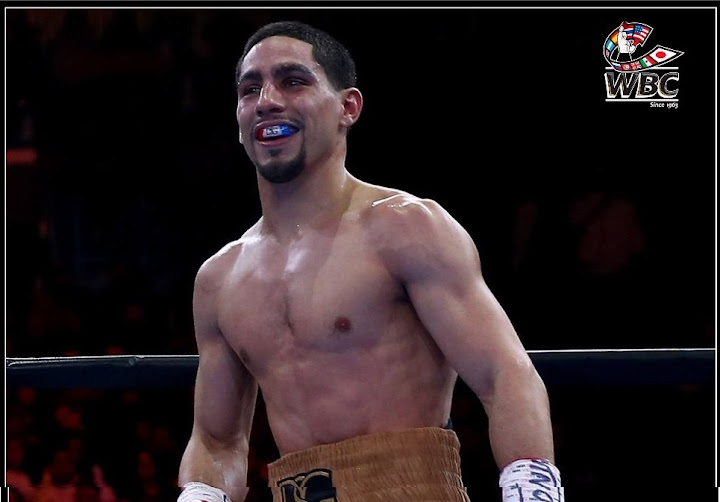 A certain Floyd Mayweather was on the ringside who saw WBC belt recently vacated by him on the shoulders of the new champion in Danny Garcia. Rumours are that Floyd Mayweather will be making a comeback by September 2015 which might very well be against Garcia or every Manny Pacquiao if he beats Bradley.

Danny Garcia came in the ring with a mask on and looked comfortable throughout the right. He kind of deployed a counter attacking strategy with letting Guerrero come to him. When ever Guerrero had some success and caught him, Garcia always came back with a couple of neat shots to pick up points every now and than. 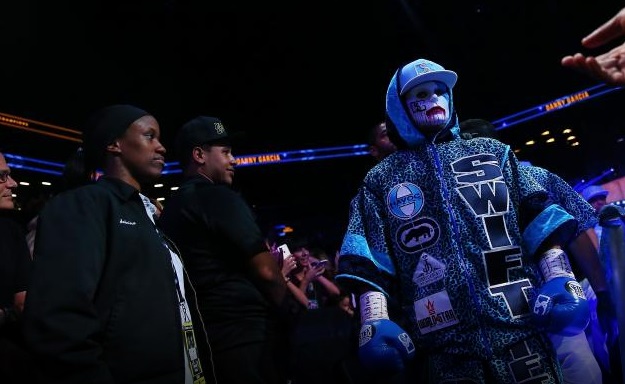 It will be unfair if we class this performance as dominant. but Garcia looked reasonably comfortable and never got into exchanges what Guerrero was looking for.

Below is the entire schedule of Garcia vs Guerrero Premier Boxing Championship fight card for Saturday, 23 January 2016 which also features couple of exciting undercard fights.

Danny Garcia is still unbeated and a win against Robert Guerrero will earn him his first world title at walterweight division. WBC has announced Amir Khan as the mandatory challenger for the winner of Garcia vs Guerrero which means if Garcia wins the WBC title he must fight Amir Khan next within 4 to 5 months or vacate the title. So as we move furether into the 2016 loads of high profile fights are getting reality and 2016 is shapping up to be another bumper year of boxing.