Gennady Golovkin wasted little time in disposing off Dominic Wade in their saturday night bout with another devastating knockout in just second round of the fight. It was Golovkin’s 22nd straight knockout and he called out Canelo and Andre Ward for bigger fights. 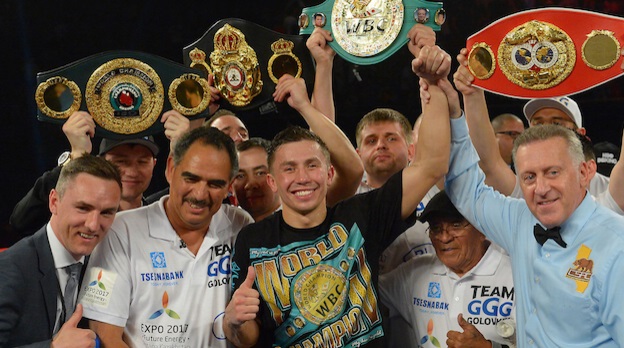 Kazakhstan born Gennedy Golovkin defeated Dominic Wade in what was a very one sided affair on Saturday night, 23 April. GGG was at it from the first minute and he knocked down wade in first round and than knocked him out in second round with Wade failing to getup in 10 count. 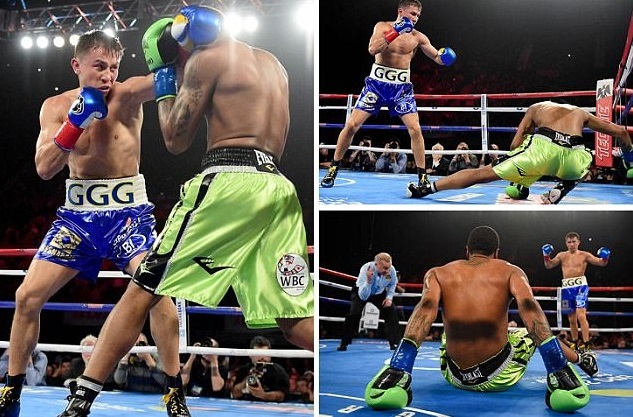 It was Dominic Wade’s very first defeat of the career while Golovkin keeps his undefeated record with yet another impressive win but the question is when he will finally get into the ring against someone competitive ? The two names mentioned for late 2016 bout are Billy Joe Saunders and Kovalev.

There is another high profile fight as co-featured event between unbeaten Roman Gonzalez vs McWilliams Arroyo for the flyweight. Golovkin who has been in persuit for bigger fights for best part of last two years, cant seem to get any bigger name in the ring and back in early 2016 it was rumoured he will be fighting Billy Joe Saunders but the negotiations stalled and Golovkin had to look elsewhere. In comes 26 year old undefeated Dominic Wade who has decent power and might pull out a surprise this saturday. 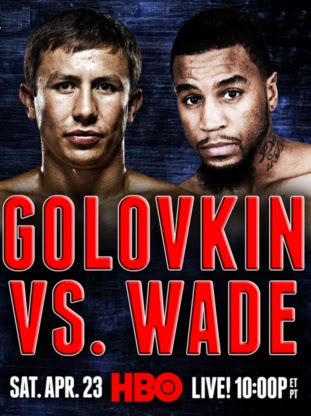 Fight Preview: Gennady Golovkin has a superb record of 34 wins out of 34 fights including 31 knockouts and its been more than 7 years somebody took Golovkin to full 12 rounds. Dominic Wade on the other hand is pretty much a new comer to the scene having only fought 18 professional fights and so far 100% win record with 12 knockouts. But he has never fought at elite level and whatever way you look at this matchup, Golovkin is clear favorite and he will be looking to put up a show in order to enhance his chances of fighting some bigger name later in the year.

Roman Gonzalez vs McWilliams Arroyo will open the coverage on Saturday night and Gonzalez who is widely considered as one of the best flyweight of all times will be looking to get another good performance under his belt and get some recognition. There are number of other prelimnary fights on the card like Enriquez vs Quintana.

Predictions: Golovkin is a knockout mechine and I can not see any other result than GGG stopping Wade in first 7-8 rounds and inflicting first professional defeat for Dominic Wade. Wade has been quite vocal in his chances