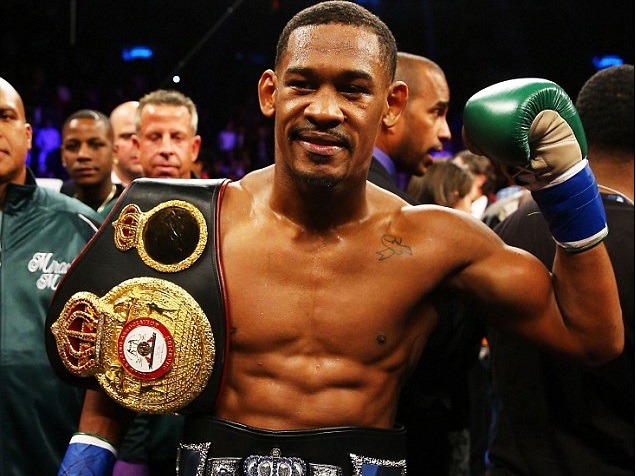 Daniel Jacobs retained his WBA middleweight title after stopping undefeated Peter Quillin in the first round this past saturday night in New York. It was Jacobs big right hand which did the damage after which flurry of attacks prompted referee to stop the fight with quillin on his feet but struggling. 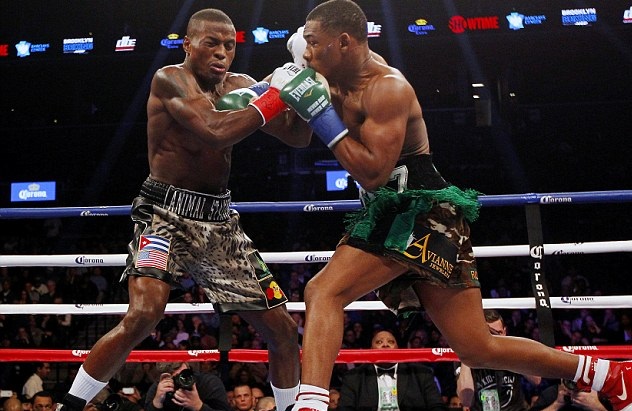 Daniel Jacobs was in superb form as he defending his title against Peter Quillin at the Barclays Center in Brooklyn. Although the fight was controversially stopped in the first round, Quillin was never going to full recover from the onslaught delivered by Jacobs in round 1. 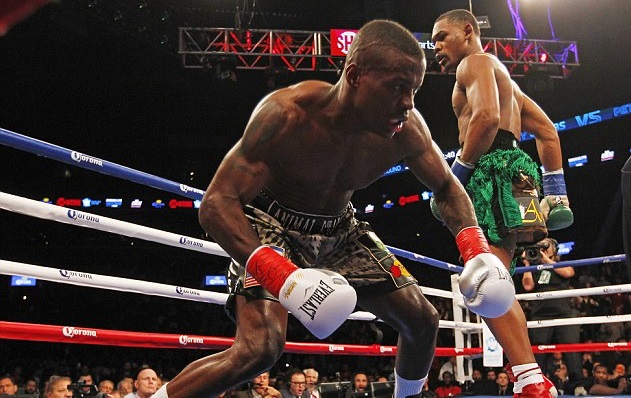 Even with the devastating defeat there was alot of respect and love between the two fighters. Jacobs was confident he will win this fight while Quillin first disagreed with the stoppage but after watching the replays he was kind of accepted the decision. There is already talk of a rematch between the two boxers who know each other from amateur days.

Preview: Daniel Jacobs comes in the fight with a impressive record of (30-1 with 27 knockouts) and will be defending his WBA Middleweight title against Peter Quillin who has pretty similar record of (32-0-1 with 23 knockouts). Peter Quillin is former WBO middleweight champion. Peter Quillin is coming into this fight on the back of devastaing knockout win over Michael Zerafa back in september where he knockout Zerafa in 5th round leaving him to stretched off the arena.

Daniel Jacobs on the other hand secured a dodgy second round win over Sergio Mora. It was the first time in his career that Jacobs was dropped and that too in first round but he got up and hurt Mora in second round before a knockdown and leg injury force Mora to quit. So this sets up a superb boxing match between Jacobs and Quillin who both based in New York making it a local fight.

Showtime will have live coverage of the Jacobs-Quillin fight card on saturday in USA. There are couple of quality undercard fights inclucing  Jesus Cuellar vs Jonathan Oquendo and Chris Algieri vs Erik Bone Showtime coverage starts at around 9 p.m. ET on saturday, 05 december 2015.