As it turns out 28th November 2015 will be a massive day for british boxing with Tyson Fury fighting Wladimir Klitschko in Germany while in the same night James Degale will be making his first defense of his IBF super-middleweight title in Canada against Lucian Bute. Its a brave decision by Degale as even being the Champion he agreed to fight Bute away from home in Bute’s adopted home Canada.

The fight has been agreed and signed and it will be held in newly opened 18,000 seater arena Centre Videotron in Quebec, Canada. Although Bute is no longer the boxer he once was he will still pose Degale biggest threat in the career so far. Bute has lost 2 of his last 4 fights first against Carl Froch back in 2012 and than againt Jean Pascal in January 2014.

DeGale ofcourse coming into this fight on the back of a massive world title fight where he defeated Andre Dirrell to win IBF super-middleweight title. At the age 29 Degale is getting into the peak years of his career and his current record is pretty decent with 21 wins in 22 fights with only one defeat in the hands of George Groves back in May 2011. But since than he has kind of put his career back in track and should be favourite against Lucian Bute who was knocked out inside 5 rounds against Froch 3 years ago and also lost a very once sided UD against Jean Pascal last year. 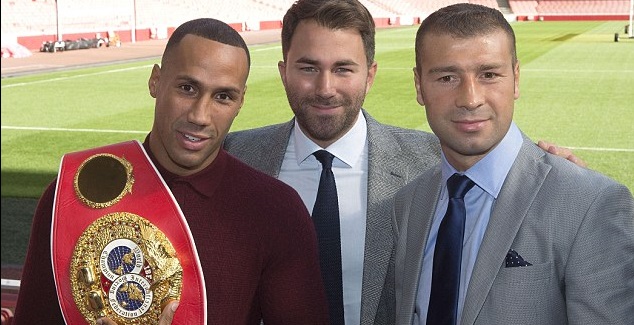 Here are the details of the fight which will be a difficult task for James Degale as he will be fighting in Bute’s backyard. The newly build hockey arena Centre Videotron is the venue and SkySports are likely to broadcast the fight live in the United Kingdom in the early ours of Sunday, 29th November 2015

What Channel Will Broadcast The Fight Live In UK ?

SkySports is likely to show James Degale vs Lucian Bute in the United Kingdom. The undercard fights will start at around 09:00 pm local quebec, canada time (02:00 am uk time) and SkySports are likely to show only the main event between Bute and Degale. We will have more news and updates regarding this fight closer to the fight date. We will also place free live streaming links of this fight as well as Wladimir Klitschko vs Tyson Fury the same night.