Sergey Kovalev put on a show defeating Jean Pascal in their rematch on Saturday night, with a seventh round stoppage. If we look back at the fight it was amazing that Pascal managed to get the fight beyond round five as he was brutally outclassed throughout the night. 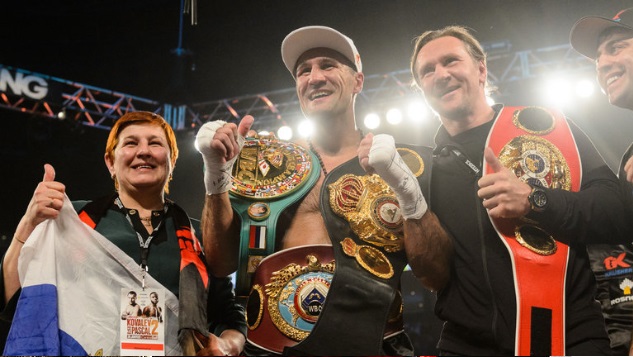 Kovalev was in in ruthless mode last night when he put on quite a beating on Jean Pascal and erased any questions fans had after their first meeting in 2015. Pascal was dropped by Kovalev in round 1 but referee ruled it as a slip while a body shot in third round lead to flurry of clean shots leaving Pascal on wobbly legs. But he hang in there till 5th round when Freddie Roach threaten to stop the fight from Pascal corner if he won’t improve his performance. 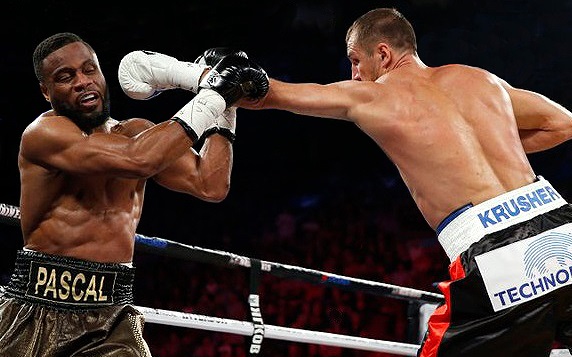 Freddie Roach wanted to stop the fight at the end of 6th round when Pascal was struggling to get make a fight as Kovalev absolutely hammered him in 5th and 6th round but Pascal wanted to go atleast another round. At the end of 7th round Roach finally threw in the towel to take Jean Pascal out of his misery.

Pascal called out Adonis Stevenson after the fight in a hope to get the unified fight against Stevenson. He even called him chicke-son in the post fight interview and it was all drama and action between the two camps.

The fight will be televised in Canada via PPV on main-event while HBO will have live coverage on their regular channel (non-ppv). Uk viewers can tune in to BoxNation in the early hours of Sunday morning to get live action from Bell Center, Montreal Canada. We take a look at the fight night coverage details.

Sergey Kovalev has a superb undefeated record of 28 wins of 29 fights with 25 knockouts. His only bad patch on otherwise a perfect record came in a draw against Grover Young back in 2011. Since than Kovalev has improved alot and he is widely expected to defend his titles against Andre Ward later in 2016. Currently he hold all WBA, WBC and IBF light-weight world titles, hails from Russia but has settled in Florida to keep himself closer to american boxing.

Jean Pascal on the other hand is a spent force, former division champion is coming into this fight on the back of a unanimous decision win over Yunieski Gonzalez back in May 2015. He will be eager to make life harder for Kovalev this time around after suffering a TKO loss against Kovalev in the first match.