Manny Pacquiao has finally confirmed his next fight which will be against Timothy Bradley who he already faced twice before. The fight will take place in MGM Grand, Las Vegas on Saturday, 09 April 2016 and it could be the last career fight for great Filipino Manny Pacquiao. The fight was announced today and the promotional activities will start in the second week of new year.

There were alot of fighters in the mix for what is widely regarded as the last professional fight for Manny Pacquiao. The likes of Amir Khan, Danny Garcia, Adrian Broner and even Miguel Cotto rematch was muted but Bob Arum announced that Timothy Bradley was picked because the improvements he has made in last couple of years. Bradley defeated Manny Pacquiao in what was a controvestial win in their first fight back in 2013 but Manny pacquiao demolished Bradley in the rematch in 2014. Now the trilogy will be completed in 2016 and with that the elusive career of Manny Pacquiao is most likely to come to an end.

Timothy Bradley shock the world when a controversial split decision was awarded to him against Pacquiao back in 2012. 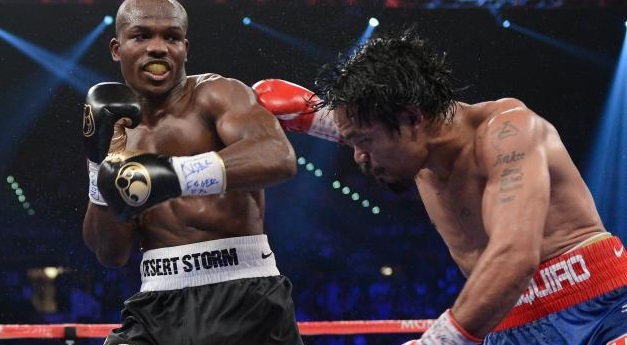 The result was so controversial that a rematch was destined between the two but Pacquiao suffered another knockout defeat against Marquez leading people to think that he has past his prime. But after long hard negotiations a rematch was confirmed for April 2014.

Manny Pacquiao defeated Timothy Bradley in the rematch with a unanimous decision back in April 2014. 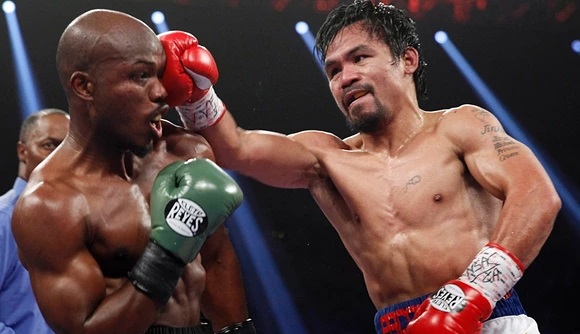 Manny Pacquiao won the rematch with a unanimous decision with to get back on winning ways. Pacquiao absolutely dominated the rematch and at that point it was hard to see the third fight materializing but here we are with third fight between the two confirmed.