Floyd Mayweather’ defeated Andre Berto and confirming he is going to retire and end his career with a 49-0 record having been gone unbeaten throughout his career. He won a unanimous decision against Berto with the score of 117-111, 118-110 and 120-108.

Fans of course dont believe him that he is ending his career but Mayweather insist this was his last fight. Mayweather was in his prime form against Berto and he outclassed him to retain his titles and unbeaten record. This is how the fight was scored in Las Vegas. 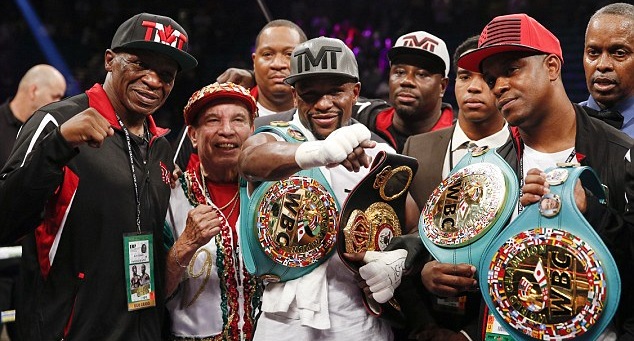 Will he fight again ? in my opinion he will and it might not be against Manny Pacquio or Amir Khan but winner of Cotto-Alvarez fight or even someone like Danny Garcia to ensure he gets his 50th win.

This is how the Judges scored the fight with none of the judges giving Berto more than three rounds. It was as unanimous as it gets. 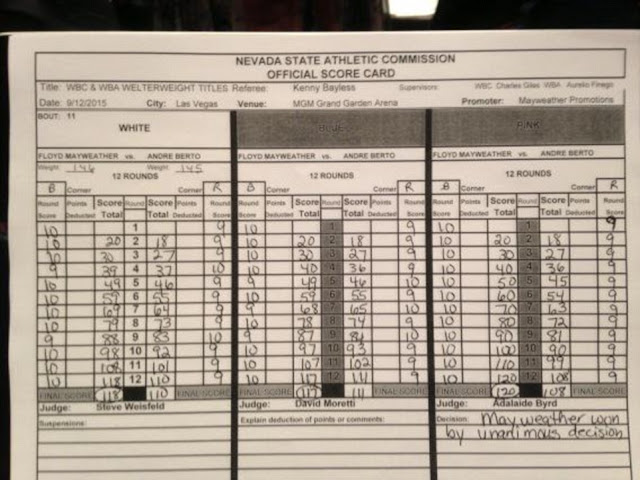 Floyd Mayweather was in such control of this fight he had time to do his usually flashy antiques during round breaks to rile up Andre Berto. 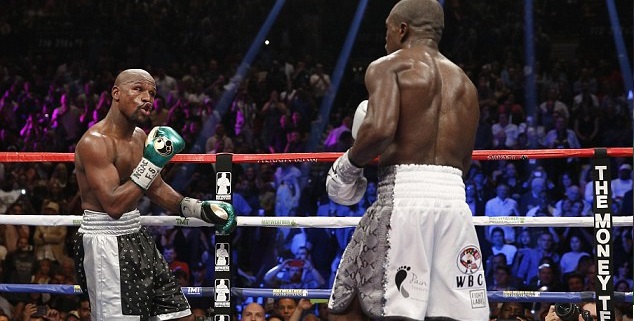 Overall it was a decent boxing night but have to say Mayweather’s far superior class made the main event another boring contest. The empty seats in the MGM Grand Arena were evident throughout the coverage from undercards to main event.

Mayweather was in total cruize control against Andre Berto and wins a very easy decision to go 49-0 in his career record.

Floyd Mayweather Jnr is set to take the ring supposedly for the last time in his career on 12th September 2015 against Andre Berto in what is turning out to be a very under-whelming build up compared to a typical Floyd Mayweather fight. There are three decent fights on the undercard of what will be a showtime PPV event to be aired live in USA on showtime PPV channel. While BoxNation will have the live coverage for United Kingdom viewers with George Groves fighting against Badou Jack.

Below is the schedule for the big fight weekend in Las Vegas starting with Friday’s weigh-in and 5 fights including the mainevent and undercard fights on saturday night where showtime coverage will start 1 hour before the fight undercard fight at around 07pm ET.

TV Coverage Details: The undercard fights are schedule to start at around 8PM ET/5PM PT (02:00 am uk time) this saturday night and you can subscibe to either Showtime anytime in the United States to see the fight live on line or buy the PPV through your local cable provider in USA.

While Box Nation will be broadcasting the fight live in UK and its subscription costs around 12gbp there and boxnation has live coverage on TV and through your sister site liveSport.TV which will stream the fight live for subscribers online.