Wladimir Klitschko and Tyson Fury rescheduled their fight for 28th November 2015 as the Klitschko lag injury forced him to withdraw from the earlier 24th october date. The venue and broadcasting stuff will remain the same with Dusseldorf, Germany hosting the fight. 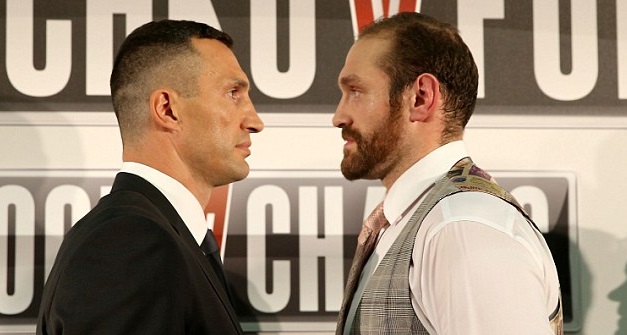 Rescheduled Confirmed: Wladimir Klitschko will defend his WBA, WBO and IBF world heavyweight championship titles against British Tyson Fury on Saturday, 28th November 2015 in Dusseldorf in Germany. The fight is rescheduled after Klitschko pulled out of the earlier 24th october. The fight was finalised after extensive contract talks and Fury was in usual bullish mood during the build up with his antiques during the press conferences and promotional tours. 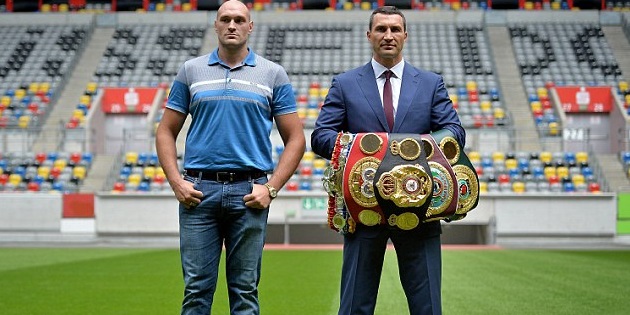 Interestingly the fight will not be broadcasted on Frank Warren’s BoxNation in the UK but it might go to either SkySports, BT sports or even free to air channel ITV. While in HBO will have the live coverage in USA, RTL in Germany and Azteca in Mexico. SkySports, BT Sports and ITV are expected to go full on bidding war to secure broadcasting rights for UK territories and we will update the status once its confirmed which network will broadcast the live coverage of the fight in UK.

Here are some of the details on the schedule, time, venue and what channel will broadcast in your part of the world.

Klitschko has won his last 22 title fights and will be looking to get another major scalp under his belt as he go into the twilight of his career. At 39 he is still in great shape and will be favourite in what will be pretty the home crowd in Germany for big Wlad. While UK fans might be vary of Tyson’s abilities as they were embarrassed the last time a Brit (David Haye) took on Klitschko and made a fool of himself.

Although press conferences and promotional stuff has been entertaining to say the least, we only hope Tyson can back up his talks with a performance which will make the traveling support (if any) proud.