Australia won the 2015 ICC Cricket World Cup and it was their firth world cup title win making them the brazil of cricket and by far the best team when it comes to the major ICC cricket world event. We all know that James Faulkner won the player of the match in the final, Starc got the player of the tournament award and of course australia the big world cup.

But there were many players and perofrmances (spectacular ones and ludicrous ones) which went unnoticed but with totalSPORTEK we bring you the PEOPLE’S CHOICE AWARDS for 2015 Cricket World cup, so we make sure that the gems wont go un-noticed.

South Africa and New Zealand squared off in the first semifinal of the world cup and it was the home team New Zealand who finaly broke the jinx and qualifed for the final in 7 attempts, South Africa on the other hand suffered yet another heart-break and yes again weather had its impact on the result. Both teams player great cricket throughout the tournament but it was the fair side to their game which stood out. When Grant Elliot scored 12 runs in the last over of Dale Steyn the pain on South Africa players faces was evident but than came a great gesture from Grand Elliot on went on distraught looking Dale Steyn and consoled him at the end of the game. Picture says it all really. 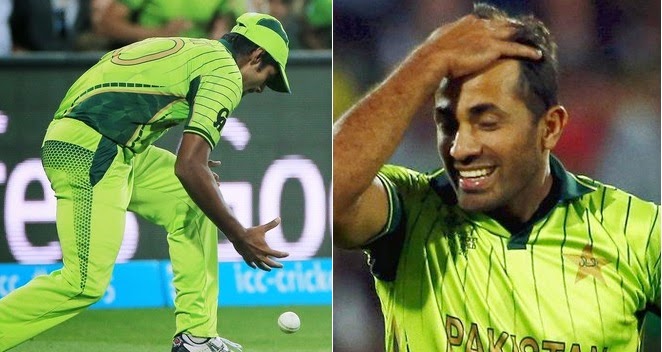 There were many nominees here but couple of Pakistan fielders stood out and made a big claim on the worst fielder award with Muhammad Irfan and Rahat Ali leading from the front. Muhammad Irfan is a great bowler no doubt about it but 7 footer can hardly chase the ball and its painful to watch him run after the ball but the award goes to Rahat Ali who at the most crucial moment when Pakistan had Australia strangled, dropped a dolly during Wahab Riaz best World Cup Spell . 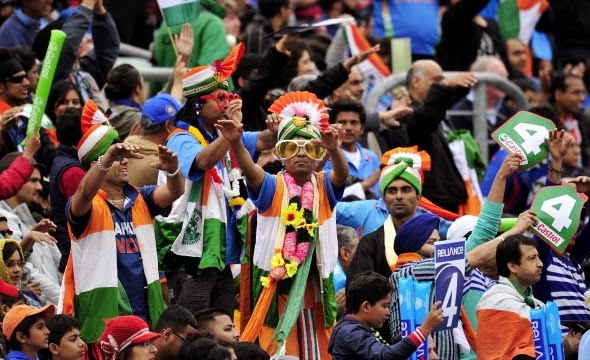 Indian fans lite up the world cup throughout the competition and they recorded a massive 87,000 full house against South Africa and Pakistan in the group stages. Their fans were the most vocal, colourfull and brought whole lot of excitment to the indian matches.

Steve Davis made couple of very poor decisions and the mistakes looked even foolish because he was acting as the 3rd Umpire (Tv Umpire) during Pakistan vs Indian and India vs Bangladesh games. In the first instance during Pakistan vs India group game when he was approached for a review of Umar Akmal decision instead of giving batsman a benefit of the doubt he gave him out when there was no clear indication of ball hitting the bat.

In the second instance was when India took on Bangladesh and Bangladesh chasing a massive 302 target, Mahmudullah oulled on and it looked as though it was going to sail over the boundry but Dhawan takes a great catch with two attempts but replay showed that while he caught the ball for the first time his foot watch touching the boundary railings. But it was reviewed and went un-noticed so Bangladesh lost a wicket and valueable 6 runs.

It has to be Wahab Riaz fiery spell against Shane Watson, who stuggled throughout his innings but credit to him as he stuck in their and survived a proper onslught from wahab.