Test matches are rightly coined as an absolute test of a cricketer’s abilities. Five rigorous days of grueling cricket are enough to put the best of the best in some real misery if they show just a glimmer of faulty technique or nervous demeanor.

As I am penning this article, England’s Stuart Broad is making a mockery of the South African batting line up which, not long ago, was considered invincible in all formats. Even the unquestionable king of modern cricket, Ab Devilliers and the Mighty Hash didn’t have the stomach to stand against the vicious spell of fast bowling by Broad reminding us of the fact that there is no stopping to a pumped up fast bowler when he is at his full flow. Let us recollect five of the best moments when fast bowlers single handedly torn down the opposition to win test matches for their teams. 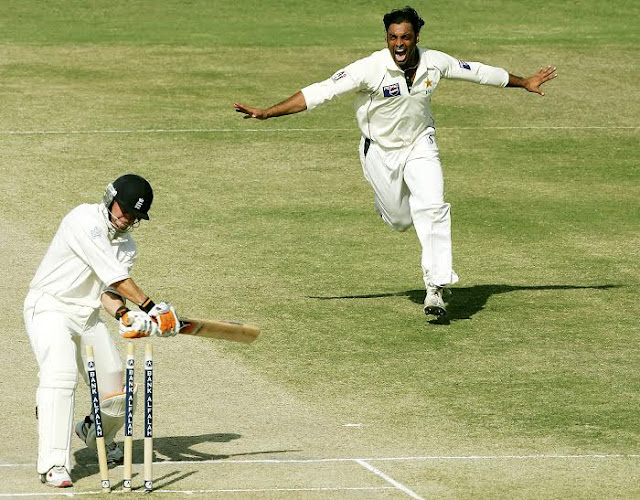 Known as the fastest bowler to have ever played the gentleman’s game, Shoaib Akhtar had a reputationof a predator. A predator like no other. One which toyed with his prey. One which fed by striking terror in the heart of the batsmen he bowled against. Frozen feet and occasional hanging of bat at deliveries outside off was a betrayal of a batsman’s inner fear of the bowls-cum-bullets that were hurled at him by Akhtar. And once these symptoms were found in a batsman, Akhtar always felt assured that a wicket is around the corner.

No stranger to controversies and spot light, Akhtar made headlines after Faisalabad Test in 2005. A strong English team which had the historic 5-0 Ashes victory at its back, visited Pakistan with a typical English arrogance only to be annihilated by the pace and beautifully disguised slow deliveries. English legends like Michael Vaughan, Kevin Pieterson and Andrew Flintoff had were left baffled by the slow and dipping full tosses bowled intentionally by Akhtar. He had the impressive figures of 5-71 in the second innings of the match which Pakistan went on to win by 22 runs. Akhtar was instrumental in initiating a number of batting collapses in that series. 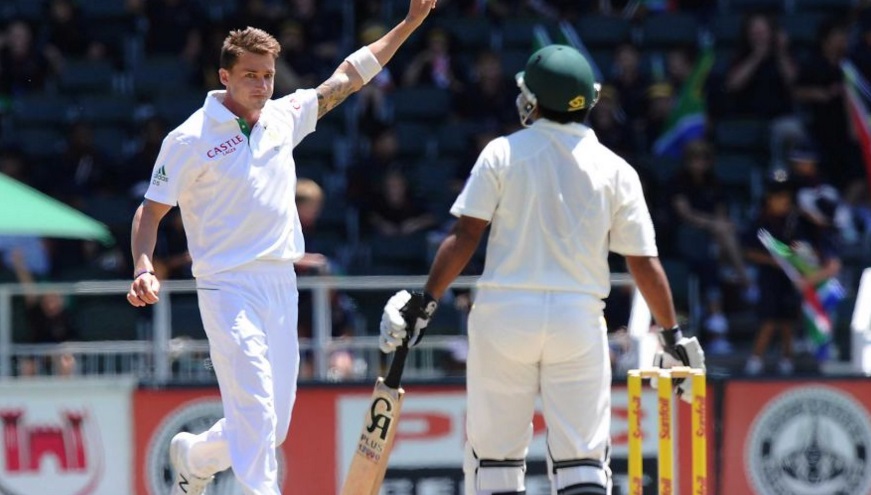 For too long has Dale Steyn been at the helm of ICC’s Test Bowlers Rankings. Speed and Swing are always difficult for a batsman to handle but when combined together they can give nightmares to the best batsmen in the world. And that is exactly what Steyn is capable of.

A fragile yet confidant Pakistani Team visited South Africa in 2013 for a three test series. Though South Africa was always a favorite for this series yet Pakistan was rated very highly by few pundits partly because of the test match defeat that Pakistan had handed out to South Africa few months earlier in UAE. First test’s second day’s play proved to be one of the darks days in the history of Pakistan’s test batting. I am sure a great many Pakistanis would like to scratch this day off their memories. Dale Steyn showed no mercy to Pakistani lineup taking 6 wickets for just 8 runs and resultantly the whole Pakistani team got bundled out for just 49. Yes 49 it was. South Africa went on to win the match and the series thanks to the foundation built by Dale Steyn. 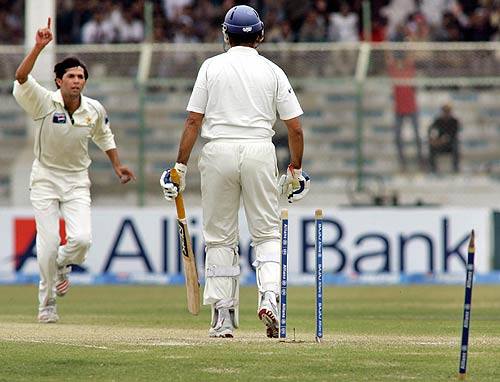 India Vs Pakistan matches are high pressure games. It’s not only the match that is on stake whenever these two teams play but it’s the pride which is also in need of saving. Pakistan took on India in Karachi in front of a mammoth home crowd. To the surprise of many pundits, a green top wicket had been produced and Pakistan were to bat first. Half an hour passes and there is pin drop silence in the ground. Not a voice could be heard from the crowd. Only some mischievous comments from the fielding side were making rounds in the stadium.

Pakistani’s could hardly believe what they had just seen. Carnage had been unraveled by Indian bowlers. A hat-trick by the young Irfan Pathan had left Pakistan scrambling on 36-6. A bizarre defeat for Pakistan was on the cards but from the ashes of that batting collapse rose the saviors of the sinking ship. A century by mercurial Kamran Akmal in the toughest of conditions led Pakistan to a somewhat respectable target. Then came Inzimam’s blue eyed boy, Muhammad Asif. With all the arsenal, needed for being a great bowler, in his bag, Asif wreaked havoc on Indian Batting line up in both innings taking 7 wickets. In swinging deliveries knocking out middle stumps of both Virender Sehwag and VVS Laxman will always remain the highlight of his career which got shortened because of controversies. 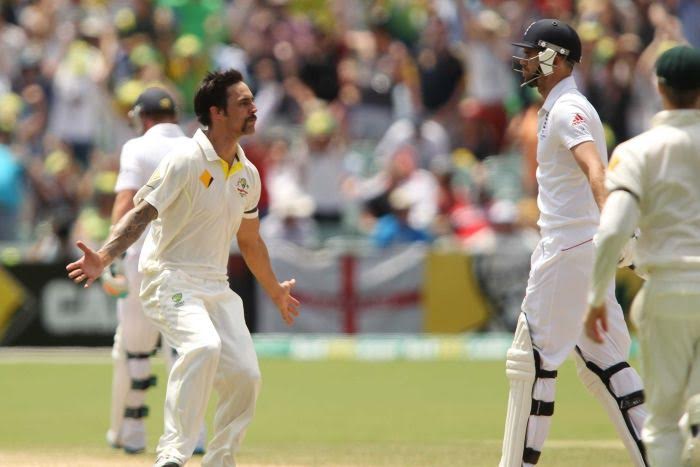 They say sometimes small changes can have colossal effects in one’s life. Michell Johnson decided to embellish his face with a gangster moustache for God knows what reasons but whatever the reasons were that moustache brought a stark change in his performances. His bouncers and short pitch deliveries became literally unplayable for English batsman and to say the least they seemed visibly intimidated by Johnson in that whole Ashes series. On the 3rd day of Second Test in Adelaide, Johnson walked on the pitch with a fire in his belly. What happened after that is history. English batsmen preyed to go to the other end while Johnson was bowling. He ended the day with 7-40 and bundling out a batting heavy English side for only 172 in reply to Australia’s behemoth 570. 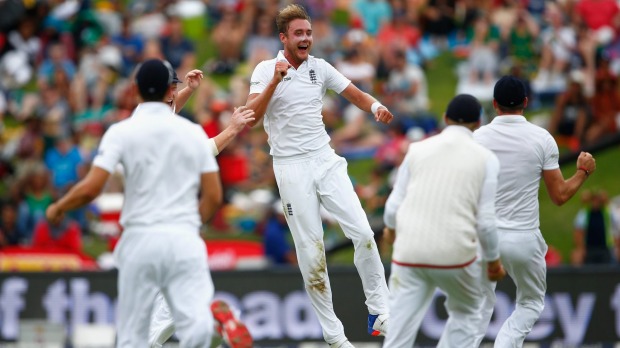 The latest of all the surreal performances by fast bowlers is of Stuart Broad. Son of a former English Test Cricketer, Broad regularly cranks deliveries to the north of 140 KPH. England Vs South Africa series 2016 was predicted to be a tough series since both teams were expected to fight tooth & nail for winning. But Broad absolutely neutralized South Africa by taking the sting out of its batsmen. Johannesburg’s outfield is lightning quick and anything that is even half timed will hardly squander any time in fetching runs for the batsman. But even that outfield could not preclude Broad from getting 6-17. At one point Broad had 5 wickets in his bag by giving away just a single run. Amazing. Right?