One Day International cricket has changed so much in the last decade or so that its virtually a different ball game compared to the era before the 90s and the early days of ODI cricket. The par score in an inning has changed dramatically and the average striker rate of batsman has gone way up compared to 80’s and 90s. So when we make an argument who is the greatest ODI batsman of all times it gets difficult when we have to compare batsman of different Era.

In 1979 world cup, which was the second edition of the competition, the average run rate of the teams was around 3.54 runs per over and there is a staggering increase in the average runs per over in 2011 and 2015 world cups where average run rate has reached 5.50 on average and players are scoring double hundreds and 300 is pretty much a par score. So taking these things into account naming top 10 greatest ODI batsman is a hard hard job to say the least. So looking at some of the factors like par scores, competitiveness and the value of a player in his team here is the top 10 greatest ODI batsman of all times. 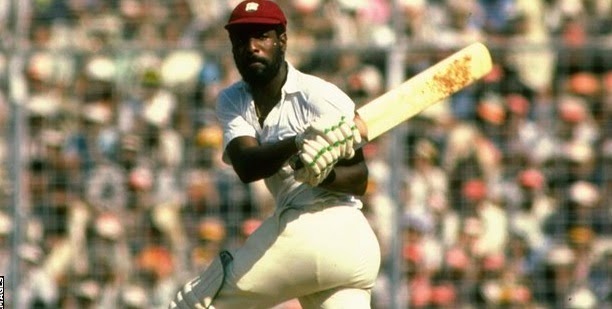 no discussion about greatest ODI batsman will start without the name of Viv Richards, he was so ahead of the times when he played his cricket in 70’s and 80’s. His scores were not manipulated by big runs against monnows because there weren’t any (well apart from Sri Lanka, with all due respect). Richards played 187 ODI matches from 1975 to 1991 and scored 6721 runs at the massive average of 47.00 and the strike rate which was well ahead of the time at 90.20, scoring 11 hundreds and 45 fifties.

In those days Test cricket was at its peak and ODI cricket was not being played is such numbers as today. So he only managed to play 187 matches in 16 year career. That is around 11 ODI matches per year for a team compared to 30 to 35 a year in present day. Now he guided West Indies to two World Cup titles and lost in the final of 1983 to India. He faced some of the greatest bowlers in the history of cricket, with the likes of Imran Khan, Wasim Akram, Denis Lille, Ian Botham, Richard Hadlee and what not. Scored runs everywhere and against every team.

His statistic shows that he was well ahead of his time in terms of ODI batting with a striker rate of 90 which is considered great even in today’s cricket while his average of 47.00 was almost double of what the average 28.59 of the top 7 batsman in his era. So looking at his two world cup wins, great batting average and a superb striker you have to put Viv Richards as the greatest ODI batsman. 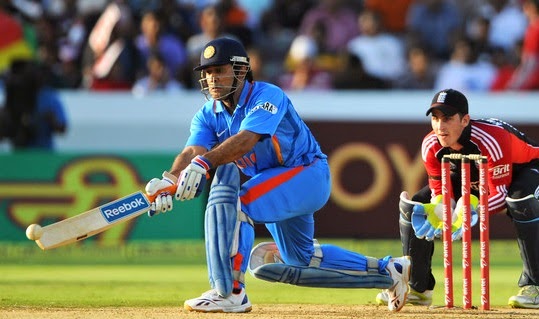 This will be controversial but looking at what MS Dhoni has achieved in limited over cricket it is hard to look past him, he has a massive 52.38 average with the batt and his striker rate is also massive with 89.09 but its his finishing ability which makes him stand out. It is not a coincident that since he arrived on the scene and took over captaincy that India are doing so well in last decade as far as limited over cricket is concerned.

He has won countless games for India with his crafty batting down the order and finished off games which India would normally lose in the past. Guided India to 2011 world cup win and the highlight of his batting career was when he promoted himself to number 3 in the big fina against Sri Lanka and scored a unbeaten 80 odd run to see of a competitive target set by India. 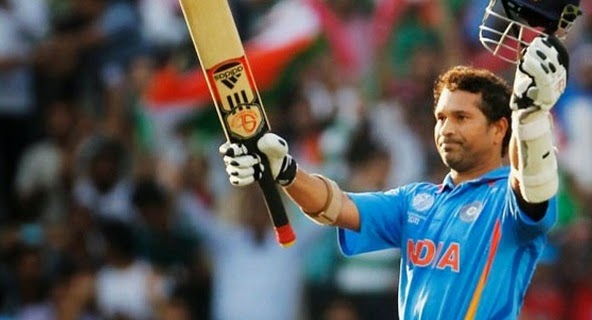 Many of your would believe that he should be the number 1 odi batsman of all times well as far as technique and runs are concerned yes he is undisputed No.1 batsman of his generation but we are talking about how effective the batsman was for his team and how much a impact he made in the teams wins. Sachin Tendulkar has been a standout player not only for India but for the world cricket in general.

Tendulkar played the highest number of ODI matches and one arguments goes in his favour to be the greatest ODI batsman is the fact that he played in three different generations. He started his ODI career back in 1989 and played through 90s and early 2000’s era and was part of next generation T20 era as well. But his consistency never effected as he kept his scoring all the way from 1989 to 2012.

maintaining a massive average of 44.83 in 463 matches spanning over atleast 2 generations is remarkable. But there is a great stigma attached to Tendulkar performances and that is his failure to finish of the games or perform when team really needed. One can argue that as a opener you can not expect him to finish the games off but he failed to deliver team success throughout his career and during his career he was scoring machine but India never really made any impact on world cricket. 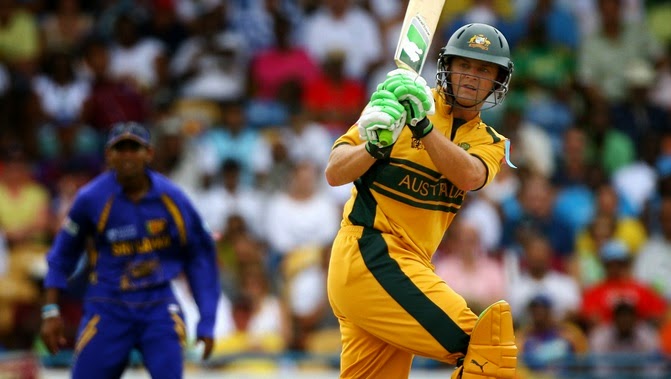 One batsman who changed the way teams approached first fifteen over of the match was Australia wicket keeper batsman Adam Gilchrist. He was part of a very dominant Australian team from late 90s to first decade of 2000s winning three back to back world cup titles. Australia had four pillars of success in that dominant period, Share Warne, Glen McGrath in the bowling department and captain Ricky ponting and explosive opening batsman Gilchrist. How many times Gilly just took the game away from opposition in first 15 overs, his average was around 35.89 but it was his striker of 96.94 which is almost run a ball.

His ability to score runs freely against any bowling unit was the key Australia enjoyed so much success in world cups he was one of those kind of players if he gets going he would take the game away from opposition in matter of overs. His pull and cut shots scared the life out of bowlers, Wasim Akram regard him the most difficult batsman to bowl against Shoaib Akhtar share the same belief. Gully was one of a kind and his impact was enormous on Australia cricket. 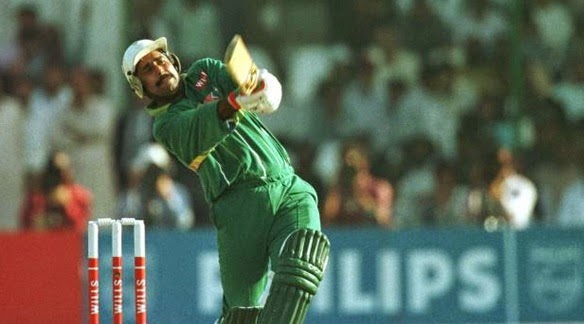 Now this might seem like a strange inclusion but you have to consider the players impact on his teams performances and in my opinion Miandad held Pakistan mediocer batting together for throughout his career. He was widely regarded as the “street fighter” and played that much needed anchor role for Pakistan cricket over the years. He was the ultimate batsman when the chips were down (which were most of the times in pakistan batting case) and he held the inning together to either post a competitive total of chase down targets. His 5 half centuries in 1992 world cup summed up his career.

Its true that his batting average and striker rate were not great but he played in a generation where you didn’t have fielding restrictions, limited bouncers and it was acceptable to play defensively to build the innings and most importantly he was the standout batsman in Pakistan lineup and alot depended on his shoulders. Morever his statistics dont do justice as he kept playing ODI cricket after 1992 world cup and he was well past his peak at that point. In the ODIs after 1992 world cup to 1996 Miandads form slumped big time and he played 39 matches scored 926 at the average of just 31 and strike rate of 59.

So there you have it part 1 of the Top 10 greatest ODI Batsman of all times and the part two of the article which will be published after the 2015 world cup we will discuss 5 more players who made massive impact on ODI cricket so stay tuned and check back after the 2015 world cup to see if any of the current crop of players make it to the top 10 or even in the top 5 greatest ODI batsman list.

We will would like to hear your opinion on your top 5 greatest odi batsman, let us know your thoughts by using the comments section below. We will update the part two of the story after the world cup.