West Indies defeated England in the final of 2016 World T20 and with that pocketed a impressive $1.6 million in the prize money while England will take home $800,000 for finishing runners-up. India and New Zealand who both lost in the semifinal will get $400,000 each. Women T20 champions (West Indies) will pocket just $100,000. below is the entire breakdown of World Twenty20 prize money. 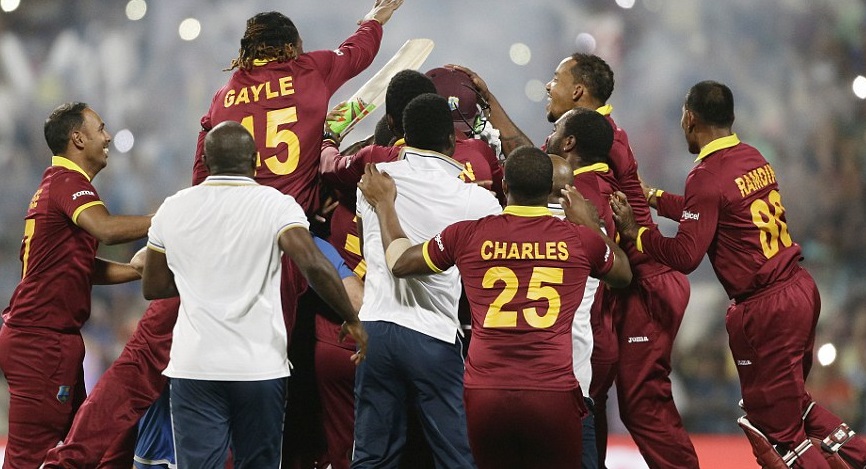 Twenty20 World cup will get 33% increase in its total prize money pool taking available prize money to $5.5 million. The eventual winners of 2016 T20 world cup will pocket as much as $1.6 million, while the runners-up will get $800,000. Losing semifinalists will get $400,000 each while every team will get guaranteed $300,000 as participation bonus regardless of the results. There is also bonus of $50,000 for winning group games.

World Twenty20 Prize Money In The Past: In the past World Twenty20 2014 prize money was alot less compared to 2016’s competition in India. Sri Lankan board pocketed $1.1 million as Sri Lanka cruised to their first T20 title. Runners-up India pocketed just $550,000 for reaching the final.

Who Gets The Prize Money ? Winning Team Board or Players ?:

Players dont get the any portion of this prize money. This money goes to respective cricket boards. Players do get bonuses in their salaries from their cricket boards for achieving required targets in any major ICC competitions. Indian cricket board for example promised 400% bonus in match fee if they win T20 or 50 over world cup.