“Cricket is a funny game” they say. But in what sense is it funny? Often the looming uncertainty in the game’s result till the last bowl has been bowled is alluded to us the game’s inherent funniness but what about the strange terminologies entrenched in this game? Those of us who watch cricket matches day in day out loose the consciousness that would ring bell at the oddness of the terms used in the game. But a new viewer who is a stranger to this game cannot help but notice the insane terminologies used by commentators during the game. How can we expect an American to know what a Doosra, or a Googly for that matter, is when it isn’t even an English word. Let us have a quick glance on few of the most insane cricketing terminologies.

During the first decade of 21st century, if there was one delivery that troubled the best in the business of batting, then it has to be the “Doosra”. It is a ball which, ostensibly, was invented in the latter half of 1990s by the Pakistani exponent of spin bowling, Saqlain Mushtaq who was an off-spinner to start with. A gentle bowler rose to fame after deceiving the likes of Sachin Tendulkar with his flighted “doosra”. Doosra, whose literal meaning in Urdu is “the second one”, is a delivery which turns opposite to the conventional off spinning delivery. After Saqlain’s antics with the bowl, many spinners learnt the art of this delivery but no one learnt it better than Muttiah Muralitharan and Saeed Ajmal, both of whom remained atop ICC’s Top Bowlers list for quite some time. It is worth mentioning here that due to the slight change in action required for this delivery, many bowlers became controversial in their quest of mastering the art of 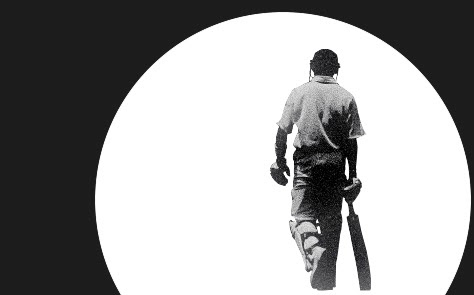 Well, you might as well call this lad a scapegoat. All teams have a designated night watchman in their lineup. His name is never officially rated as a night watchman but generally it is the tail-ender whose prowess with bat is all too clear for even his own team that they think of his wicket as of little value. When a team loses a wicket in the closing minutes of a day’s play in a test match, in most cases, in order to preserve the wickets of better batsmen, teams decide to disintegrate the dignity of their least qualified batsman by sending him in to survive the day. But all is not lost for the night watchman, there have been night watchmen who have went to score big runs and prove their own team mates wrong. Australia’s Jason Gillespie came out as a night watchman and went on to score a double ton against Bangladesh.

No, we aren’t talking about the haircut. Cricket is a batsman’s game so even if he gets deceived by an in dipping Yorker, they will still call it a shot. Yes, if a bowl takes the inside edge of a batsman and travels from between his legs into the leg side then this is called a French Cut. We are yet to know a single batsman who can claim to have played this shot intentionally. Such is the luck factor involved in this shot.

Nothing matches the embarrassment one feels after making way back to pavilion for a duck. So what’s a duck? When a batsman gets out without scoring a single run then he is said to have made a duck and if he is unfortunate enough to get out on the very first ball then the duck goes a notch up and becomes a golden duck.

So a bowler whose bowling actin doesn’t lie within the prescribed allowable rules of cricket is called as chucker in cricket. Many notable bowlers have had to face the allegations of being chucker, many came clear out of the controversy but few couldn’t and have been handed down lengthy bans. Just recently, the suspension of two Bangladeshi bowlers caused quite a stir in media. Both bowlers are believed to be chuckers.

Otherwise known as a Rabbit, Bunny has completely different meanings in cricketing world. The batsman who has very conspicuous problems against a particular bowler and more often than not gets out on that bowler’s bowling is called that bowler’s bunny. Just like Mike Atherton was Glen McGrath’s bunny.

The only music Paul Van Dyk wouldn’t be perfect playing on. When a bowler decides to send in some snooty deliveries right at the batsman’s chin height, then this act is called playing chin music. So the DJ you should contact for increasing the volume should be the bowler. 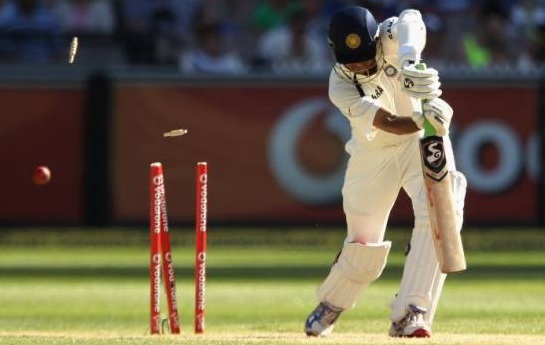 This is one of the most beautiful metaphor of cricket which alludes to the gap between the bat and pad. So don’t be surprised when a commentator shrieks “through the gate” when the ball uproots the stumps after sneaking through this gap. Let me show you one of my favorite “through the gate” moments.

The part of the ground between Deep Mid-wicket and Deep Long On is called cow corner. The term has been rumored to have originated from Dulwich College where this particular area of the field had a corner containing livestock so fielders were dispatched to cow corner. The answer to the question asked in this video is: yes

111, the most traumatic digits for many teams, is called Nelson. Most teams and players have a superstition attached with this number and they fear that whenever the score reaches 111, the chances of them losing a wicket increase exponentially.