Pakistan will take on New Zealand in the third and final one day match to be played 31 January 2016. Pakistan lost the T20 series and the first ODI while the second ODI was washed out due to rain which makes this one a must win for Pakistan to salvage some pride from this series. A defeat will ensure they return home empty handed. The third ODI will be played at Napier on Sunday morning, 31th January 2016. Below is the live stream and match highlights.

New Zealand vs Pakistan 2ND ODI Highlights
Date: Friday, 31 January 2016 – Time: 01:00 pm uk / 06:00 am pak time
Venue: Napier, NZ.
Match Highlights: Once the match is over we will have the full match extended highlights right here with in one to two hours after the game. So if you missed the live action you can always tune in here to see the match replay.
New Zealand defeated Pakistan in the first ODI by 70 runs, having won the toss Pakistan elected to bat first and got through the New Zealand top order in a breeze but Nicholls made two partnerships with Henry and Santner to bring New Zealand to competitive 280 runs. 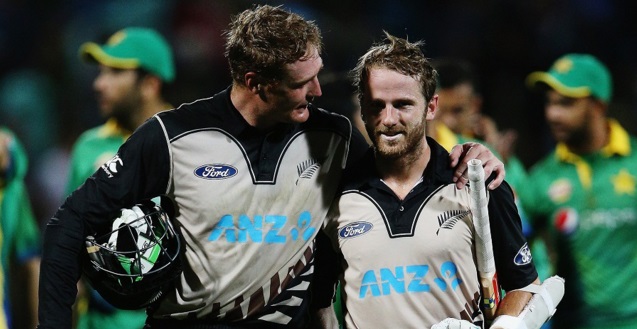 Pakistan as usual struggle to get runs quickly in early overs, to top that off they lost wicket at regular intervals and failed to chase down a 280 runs target which is a par score in todays international cricket.

New Zealand were in top form during the T20 series as they blitz past Pakistan in the last two matches after starting the series with a defeat. We can expect the same scenario in the ODI series as Pakistan lacks experience to play on New Zealand wickets.

As far as Pakistan is concerned, All eyes will be on Muhammad Amir who is set to make his second debut after that 5 year exile due to fixing scandals back in 2010. Wahab Riaz, Umar Gul, Imad Wasim are set to play as specilist bowlers and Shahid Afridi, Shoaib Malik will have all-rounder roles. As far as the pitch and weather is concerned we are in for yet another run fest in Auckland. The drop in pitch usually play great for batting and rarely turn combine with expected dry weather team who wins the toss is most likely to bat first. Although Pakistan can take heart from the fact that New Zealand often struggle in Auckland as far as T20 matches are concerned and they have only won 6 of the 11 T20s played here.

The match is schedule to start at around 7:00 pm local auckland time / 6:00 am uk / 11:00 am pakistan time. We will have the match highlights of Pak vs NZ 1st Twenty20 right here after the match is over. so if you missed the live action you can tune in here for match highlights.