Australia beat Pakistan by 21 runs in Mohali to setup a grand stand game against India where winners goes to semifinals. Pakistan played well chasing a massive 193 runs but they did not have in the tank to cross the line. Pakistan out of the World T20 while India/Australia game is pretty much a knockout tie now. 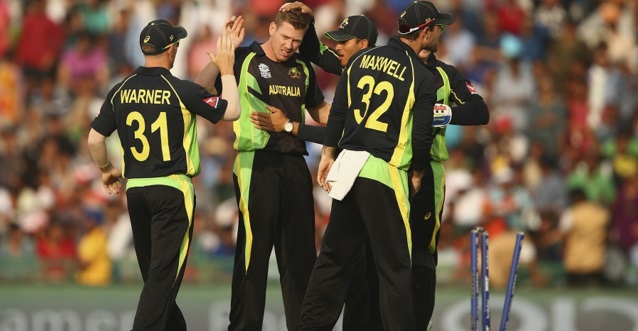 Australia won the toss and elected to bat first against Pakistan on what was a superb wicket in Mohali, Chandigarh. Australia got a decent start with Khawaja (21 of 16 balls) and Aaron Finch (15 of 16 balls). But two back to back wickets from Wahab Riaz rocked Australia a bit in the middle overs.

Captain Steven Smith scored 61 of just 43 balls and played extremely well not only anchoring the inning but two quick partnerships with Glenn Maxwell (30 of 18 balls) and Shane Watson (44 of 21 balls) elevated Australia to a very competitive 193 runs target. 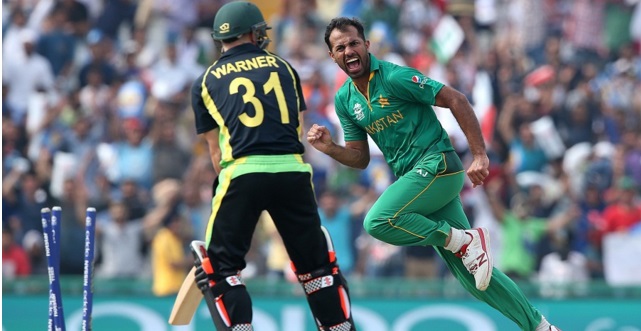 Wahab Riaz got two quick wickets to half Australia assult at top of the order.

None of the Pakistan bowlers had any sort of success as Australia ended their inning very strongly with 193 on scoreboard and given themselves a superb chance of keeping themselves in the competition. Pakistan needed a fast start but they are known for struggling while chasing big targets.

Sharjeel Khan however continued his form from last match scoring a quick fire 30 of 19 balls. Followed by two very good innings from Khalid Latif (46 of 40 balls) and Umar Akmal (32 of 20 balls) which brought Pakistan back into the game.

From there if Pakistan were to win the game Afridi had to play a blinder of a inning but after hitting two big sixes he was stumped for just 14 of 7 balls leaving lower order alot to do. Shoaib Malik tried to put the foot on accelrated in later overs but not enough to see Pakistan home as they struggle to cope with asking rate in last 6-7 overs.

James Faulkner took career best 5 wickets for 27 runs in his allotted 4 overs and was declared man of the match.

Pakistan are now out of the competition after losing three back to back games and now it will comedown to Australia/India match and the winner of that game will qualify for Semifinals.