New Zealand secure both T20 and ODI series win over pakistan as the 2016 tour comes to an end. New Zealand were without some of the key players for most part of the series but they dominated out of sort Pakistan side. In the third and final ODI Match, Pakistan finally put on a decent total with Muhammad Hafeez and Babar Azam scoring 76 and 83 respectively to guide Pakistan to 290 total, Kane Williamson and Martin Guptil put on 159 runs 2nd wicket partnership and New Zealand saw off pakistan after D/L was applied due to rain. 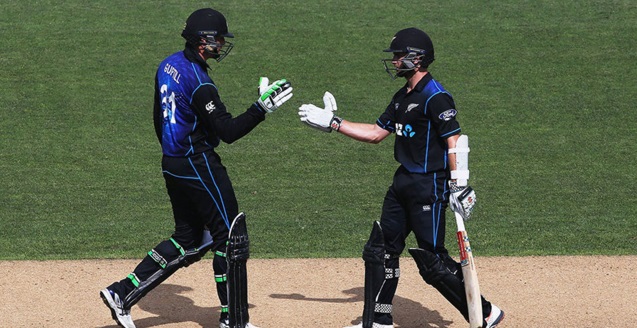 Only positive Pakistan can take from this tour is that Muhammad Amir is getting back to his full fitness and getting some game time while Muhammad Hafeez also showed some urgency while batting. Pakistan need to improve their style of batting to modern times as they are still stuck in the 90’s while other top teams are scoring 300 as par score on consistent basis. 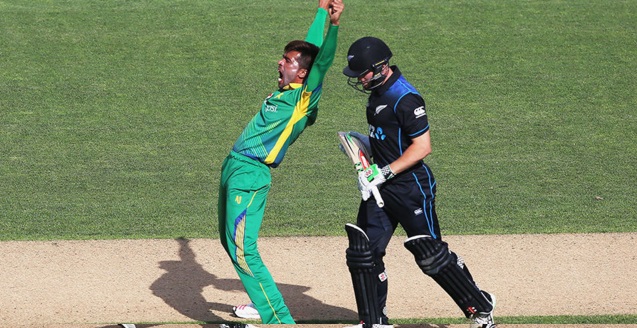 Muhammad Amir took 5 wickets in the two ODI he has played in the three match series while being very economical. Babar Azam’s 83 in the last ODI was more than just a fifty it represented a change in approach as far as Pakistan top order batting is concerned. He is someone who is likely to take some risk and play at modern strike rate unlike some of the other players in the team.

Pakistan head to Bangaldesh after the New Zealand series where they will be playing Asia Cup starting from 23 February 2016 and T20 world cup will be followed straight away starting 15th March. While most of the Pakistani players will be invloved in the first ever Pakistan premier league starting early February 2016. 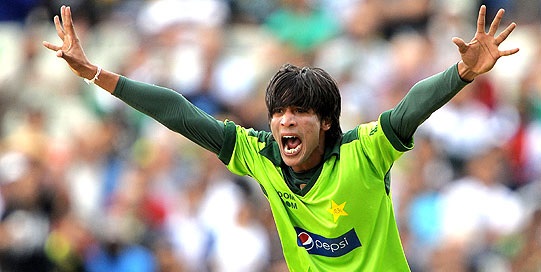 Pakistan are going into the series on the back of a very disappointing 3-0 defeat in T20 series against England in UAE at the tail end of last year but since than they have made several changes in the squad, the biggest of which is return of Muhammad Amir who has been granted the New Zealand visa and arrived with Pakistan squad ahead of the T20 series. Umar Akmal who is part of the T20 squad has been banned for first T20 which means Aamer Yamin or Immad Wasim are likely to be part of the playing XI in first T20. 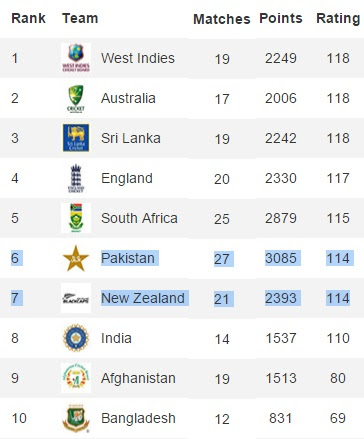 What is at stake ? Well the primary reason of the series is the get some sort of form ahead of 2016 T20 world cup which will be as much unpredictable as it has been in the past. With only 8 rating points seperating the top 8 teams in ICC t20 ranking every win counts.

In case of Pakistan vs New Zealand a 3-0 win for either side will get them no.1 spot in T20 rankings for the very first time. Right now West Indies are top with 2249 and 118 rating but Pakistan and New Zealand both have a chance to overtake Windies into first place.

So tune in here starting from friday, 15th January to get all live action as well as match highlights of every T20 and ODI game in the Pak vs NZ series.