Pakistan will play second of three ODI matches against Zimbabwe on Saturday, 03st October 2015 and the match will start at around 09:30 local zimbabwe time / 08:30 Uk time / 13:30 Pakistan time. TenSports and PTV Sports will have live coverage of the match starting from 1 hour before the toss.

3rd ODI Match Result:
Pakistan defeated Zimbabwe in the 3rd ODI to win the three matches series 2-1. Zimbabwe batted first and after a great start their falter with Zimbabwe losing 10 wickets for just 72 after 89 runs opening stand. Pakistan won the game with 7 wickets in hand and 96 balls to spare. Bilal Asif took 5 wickets for Pakistan to restrict Bangladesh to a very modest total. 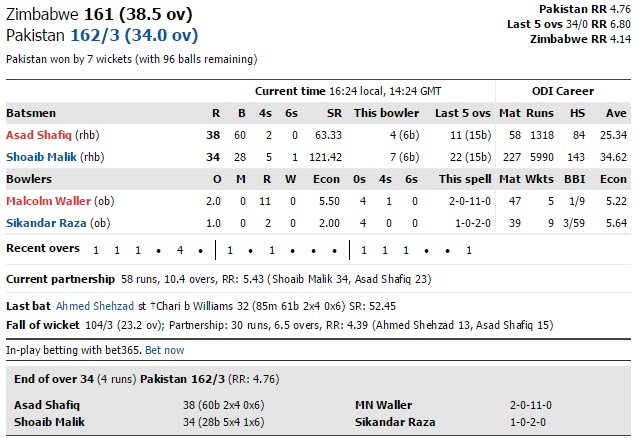 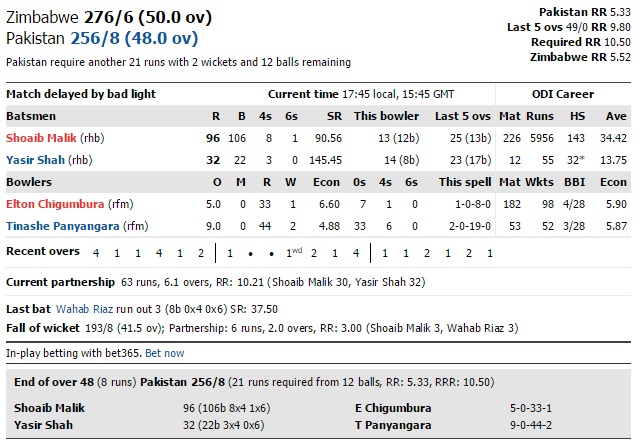 Pakistan and Zimbabwe has confirmed the upcoming limited over series set to start with the 2 twenty20 international matches to be played on 27th and 29th September 2015 followed by three one day matches 1st, 3rd and 5th october 2015 and all these games will be played at Harare sports club ground. 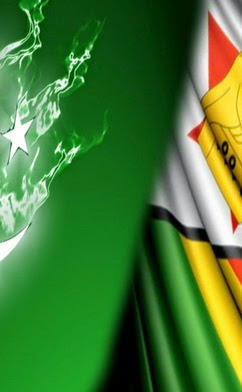 Pakistan already played an home series against Zimbabwe back in May 2015 which was the first tour by foreign international team at Pakistan soul. Pakistan will play England after the Zimbabwe Series.