Love him or hate him, Virat Kohli is currently by far the best batsman in the world he proved it again today when his masterful unbeaten 82* runs of just 51 balls guided India to Semifinal. It was a as single handed winning performance from Kohli who contributed just over 50% of India chase.

India qualified for World Twenty20 semifinal after beating Australia in the last group game. Steven Smith had decided to bat first after winning the toss on what looked like a classic batting surface. Aussies could only managed a decent 160 runs after a superb start. India with Kohli at center of the chase yet again chased down with rather ease in the end. 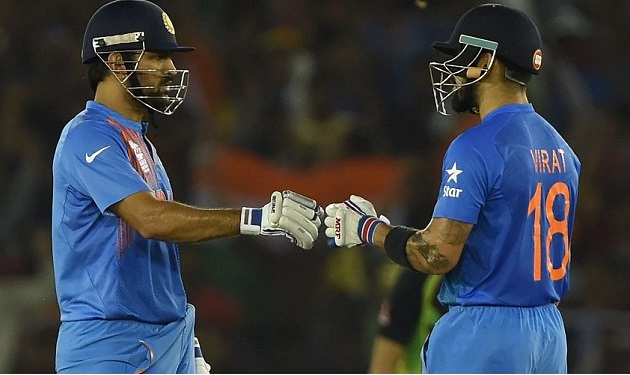 Kohli paced his inning perfectly with starting with singles and doubles as India looked to have fall behind the net run rate. But boy did he turn it on in last 3 overs scoring massive 30 runs in 18th and 19th over.

Usman Khawaja (26 of 16 balls) started with absolute superb touch scoring 6 boundaries inside first two overs and he was well supported by Aaron Finch (43 of 34 balls). But after a flying start Indian spinners put the brakes on Australian inning with Jadeja and Yuvraj Singh keeping Australia middle order in check. 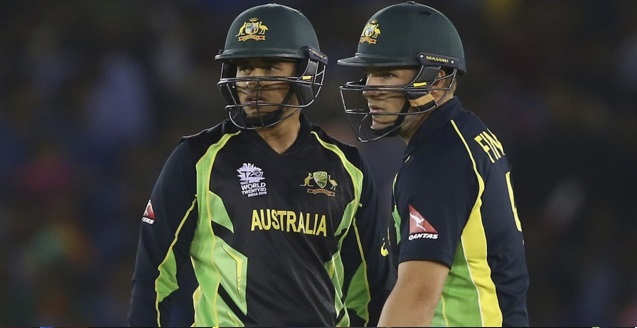 Khawaja and Finch provided a superb start to Australia with first 50 coming in four overs.

Maxwell(31 of 28 balls) and Shane Watson (18 of 16 balls) provided a late push with wicketkeeper Peter Nevill producing six and four on last two balls to end Australia inning on a high. 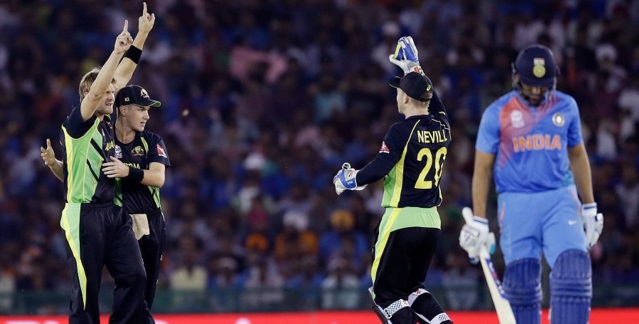 161 runs target was very much achievable for this Indian batting unit and but their opening paid failed to shine again. It came down to Virat Kohli yet again who guided steadly towards the target. 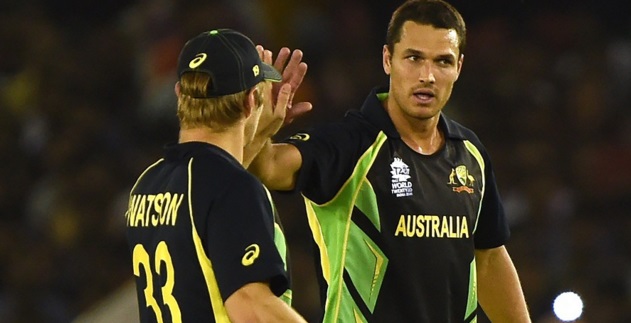 Watson and Coulter-Nile had India in spot of bother taking three early wickets between them.

Yuvraj Singh was injued within first three balls after hurting his ankle but he kept batting and scored useful 21 runs of 18 balls. When India lost their Yuvraj Singh they needed 67 runs of last 6 overs with Kohli and Dhoni on the pitch. 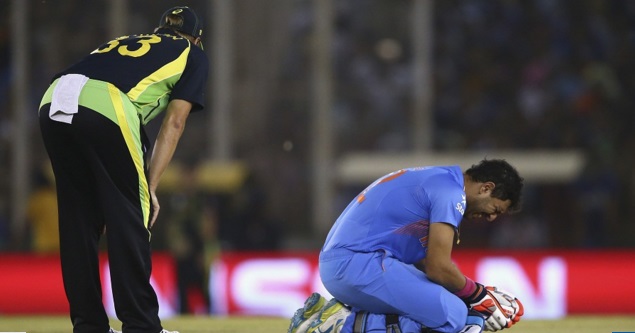 Yuvraj Singh hurt his ankle which troubled him though-out his short but useful inning.

Aussies will feel disappointed after they failed to build on superb start provided by Khawaja and Aaron Finch as they finish the inning on below par 160 runs.