Lewis Hamilton leads from pole position to all the way first on podium in Bahrain Grand Prix and now leads the drivers championship with a healthy lead. Kimi Raikonnen finished second after impressive race while Nico Rosberg finished third. Sebastian Vettel could only manage a fifth place finish. 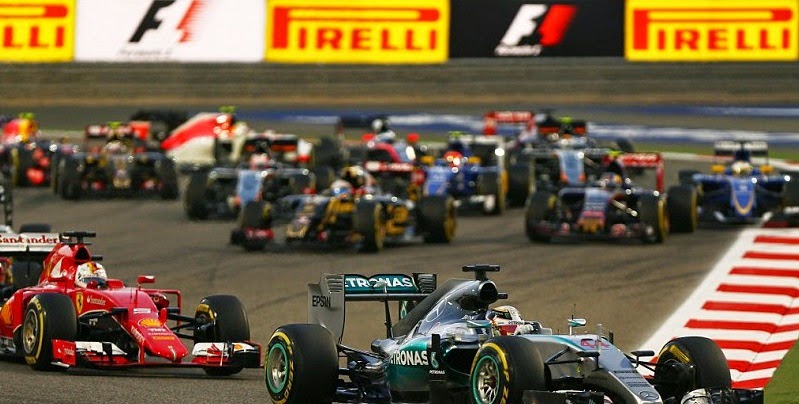 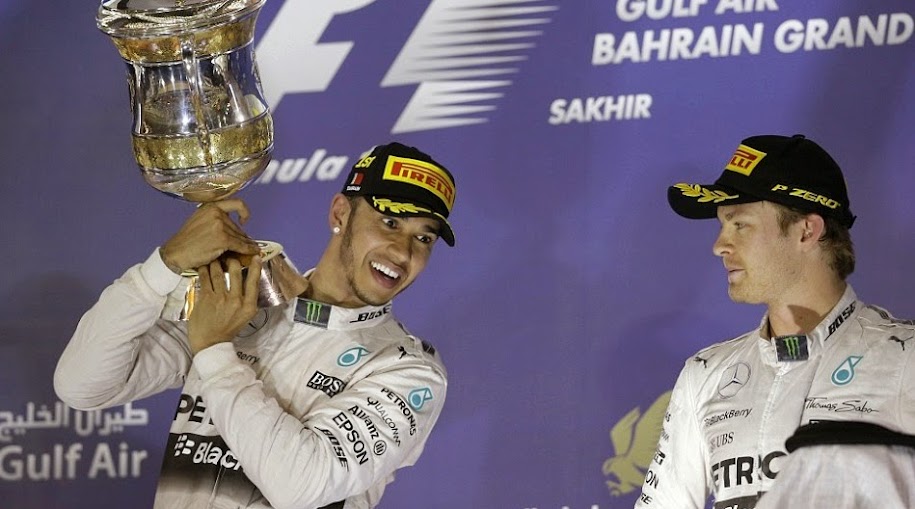 Hamilton was the fastest all weekend while Ferrari should take heart from Kimi Raikkonen’s performance as he started 4th from the grid and crawled his way into the second place. Sebastian Vettel will be disapointed after losing out 3 places having started 2nd behind Hamilton in the grid. 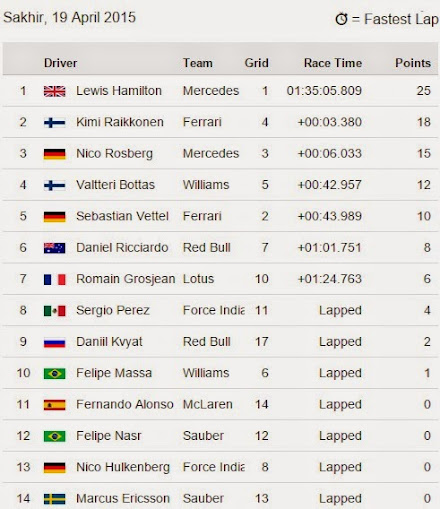 Three races down the line we will have Bahrain Formula Grand Prix 2015 taking place this weekend and Lewis Hamilton will be looking to put a daylight between him and the second placed Sebastian Vettel and Nico Rosberg who is currently third in the drivers championship. Mercedes already have a 40 points gap at the top of the table with Ferrari chasing in second place with 79 points.

Bahrain International Circuit is a dedicated F1 circuit and will be the first race in the middle east this season, Pirelli will bring white-medium and Yellow-Soft tyres to the Bahrain grand prix . THe temprature will be a lot more higher than compared to Chinese and Australia grand prix earlier in the season but since the race is set to start in the evening the condition of the track wont be as hostile as it were in Malaysia last week.

The circuit itself offers four long straights combined with slow corners which means teams will be looking to setup cars to achieve good top speed without giving away the mechanical grip for the slow corners. While drivers do have overtaking opportunities shown by the statistics with only half the races won by driver starting in the pole positions.

Last year it was Nico Rosberg who registered the fastest lap time and started the race in pole position but it was Lewis Hamilton who won the Bahrain Grand Prix. Hamilton used a two-stop strategy and we can expect the same this year as far as the weather is concerned their is not chance of rain but drivers will feel the hottest track temperature of the year in Bahrain.