In the world of motorsport, Formula 1 has been generally recognized as the highest among the racing hierarchy. Moreover the winner of this championship gets the distinguished title of being ‘World Champion’ and also gets bestowed with legendary status in motorsport folklore. Over the years, the demands, both physical and mental have been so much that it becomes a huge strain to compete or to even win a Grand Prix. Thus, it is no mean feat that the drivers who have gone on to win championships at this level are equated to legends.

In Formula 1, as years have progressed, huge advancements have been made in technology, making the cars safer and easier to drive. This fact has made competing in the sport a bit easier than what it used to be almost two decades ago. Thus, it is no wonder that the last decade has seen the youngest world drivers champion record broken three times, more than any other time in history.

With the grid getting even younger after the arrival of Max Verstappen at just seventeen years of age, we might yet see a new entrant on this list soon.

Keeping the above in mind, below is a look at the top five youngest world champions in Formula 1 history. 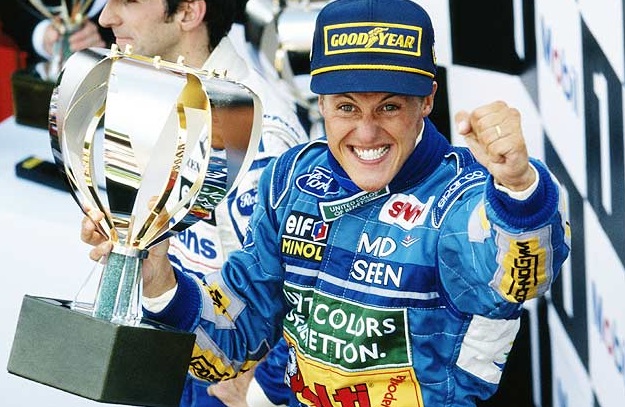 Perhaps the most recognized Formula 1 driver across the world, Schumacher amassed seven world titles in a career that lasted almost two decades. But it was in 1994 that with Benetton, he won his first world title after a fierce season long battle with Damon Hill and thereby became one of the youngest world champions ever. He was just 25 years old at the time, beaten to the record by Fittipaldi, who was just a few weeks older at the time of his title victory.

The Brazillian triumphed in Formula 1 at a time when driver deaths were almost a regular occurrence. More so, his drive with Team Lotus had suddenly realized when he was signed in to replace Jochen Rindt who had been killed at Monza in 1970.

At Team Lotus, Fittipaldi achieved unprecedented success, winning the world title in 1972 at just twenty five years of age. Interestingly, this record went unbroken for a long time as it was only Fernando Alonso, who succeeded in breaking the record in 2005, more than thirty years later.

Afterwards he went on to achieve another world title in 1974, this time with McLaren, thus cementing his place among the legends of the sport.

Alonso today has been considered to be among the most complete drivers on the grid currently. In 2005, he became the youngest ever world champion with Renault, fending off a close challenge from McLaren’s Kimi Raikkonen. Just twenty five years old at the time, it was also the first time a Spaniard had won the title.

But after another triumph in 2006, due to a series of unlucky decisions, he has not been able to add to that tally.

Even so, his status as a legend cannot be questioned. His numerous stirring drives through the years have made him one of the greatest Formula 1 drivers in history. 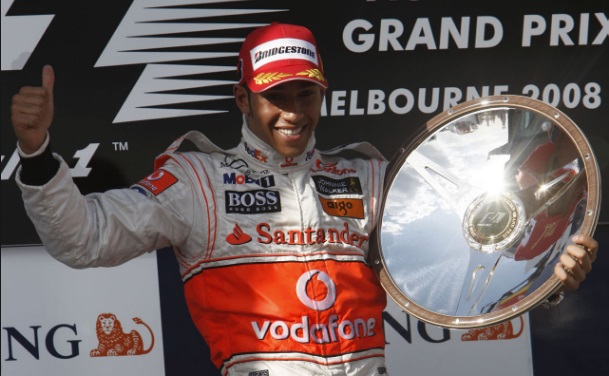 Hamilton burst on to Formula 1 scene in 2007 when he made an explosive debut with McLaren in which he succeeded in holding his own against the then defending champion Fernando Alonso.

By the end of the season, he missed the title by a single point, thus narrowly missing the opportunity of being the first driver to win the championship on debut.

But the following year turned out to be much more fortuitous. After a season long battle with Ferrari’s Felipe Massa, Hamilton finally triumphed by winning the world title by just one point.

This also ensured that he broke Alonso’s record, by becoming world champion at just twenty three years of age.

Since then he has continued his form and is now a three time world champion and remains in pursuit of increasing his tally with the ever so dominant Mercedes.

Before the arrival of Vettel, the decade had already seen the youngest champion bar broken twice, but it was set to be broken yet again by the talented German.

Making his debut with BMW Sauber F1 Team in 2007 at the United States Grand Prix, Vettel’s impressive eighth place there, prompted Red Bull to give him a seat with Toro Rosso for the 2008 season.

After an impressive year, which included victory at the Italian Grand Prix, a first for the team, it was no surprise that the wunderkind was promoted to the senior Red Bull Team the following season.

It was 2010, when Vettel’s career truly took off, that season in a close battle among five drivers for the title, the German finally emerged on top. Thus, clinching the title at just twenty three years of age and sealing his name forever in the history books.

Since then he has continued his successes, with a further three world titles added in the succeeding three years. He is now the youngest quadruple world champion and currently with Ferrari, he is on a quest to equal the achievements of his hero Michael Schumacher.