Here is the English Premier League teams kit news ahead of 2016-17 season, their suppliers and the brand plus when to expect the release date of premier league teams kits. for starters, Liverpool will be releasing their official 2015-16 home kit by New Balance on 09 May 2016.

Arsenal’s Puma home and away kits for 2016-17 seasons are leaked and home kit comes in traditional design while the away kit return to yellow colour. The third alternative kit will be dark navy. 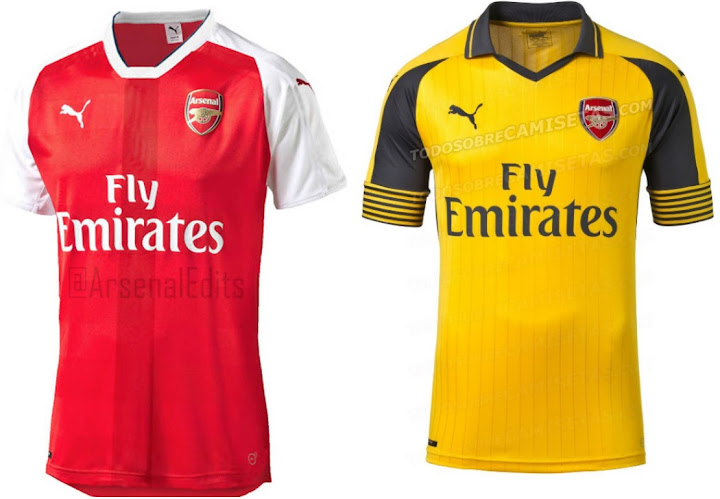 New Balance has already released both home and away kits of Liverpool which comes in unique designs. While the third alternative kit will be released later in the summer. 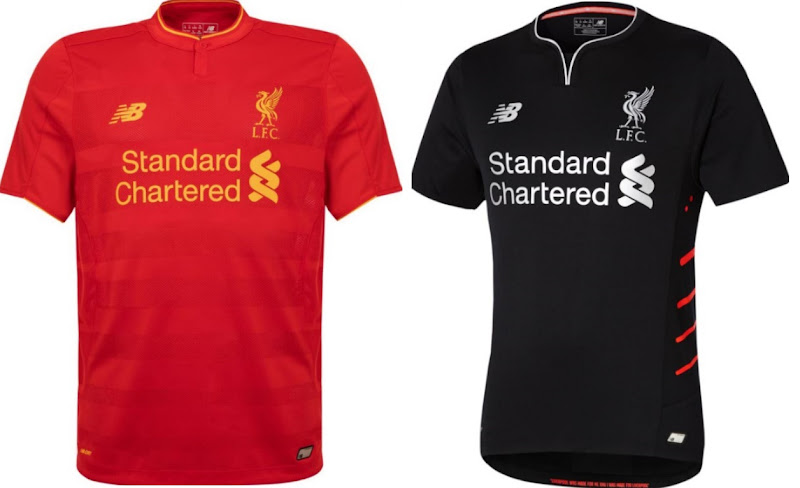 The new manchester united home kit will be officially launched Wednesday, 11 May 2016. The away kit will be blue while the third kit will feature white/dark grey design. 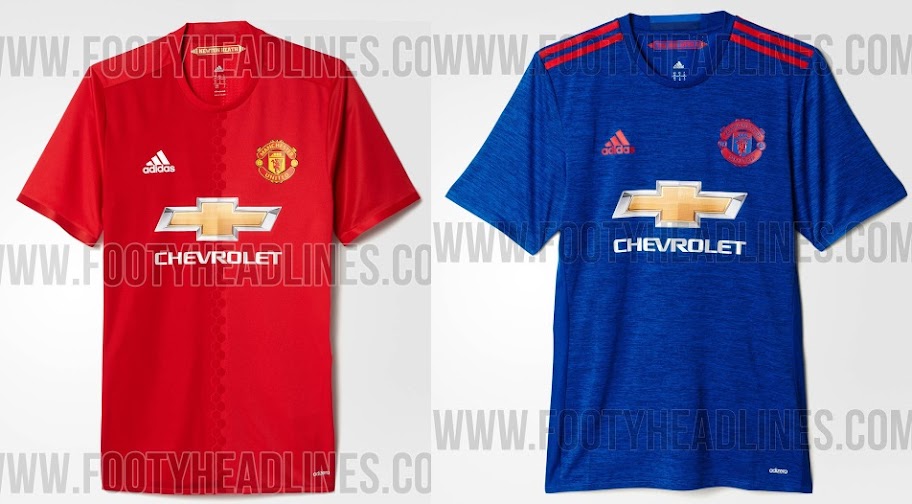 Nike has released the official home kit for Man City along with all new club crest while away kit will be released later in the summer. 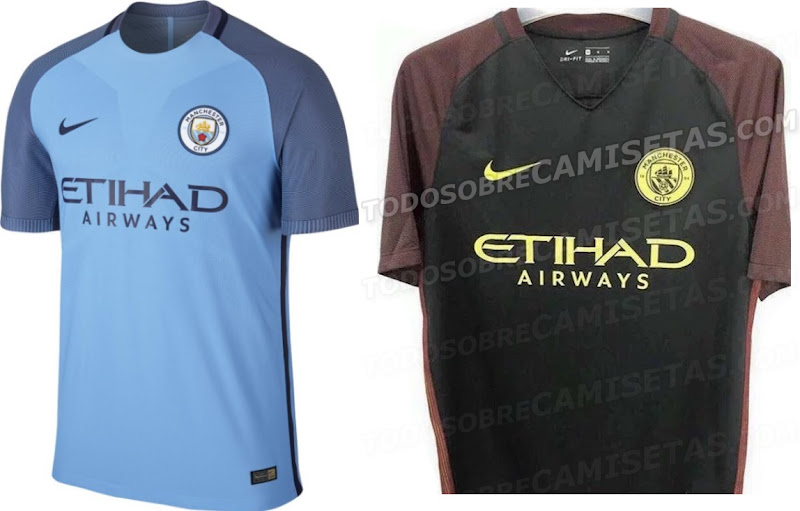 New adidas home kits for Chelsea 2016-17 season has been officially released while the away kit will be dark grey and third kit will feature all white with blue application.

The all new Everton home kit has been officially released and it comes in everton blue colour with white application. Two more away and third kits should be released later in the summer. 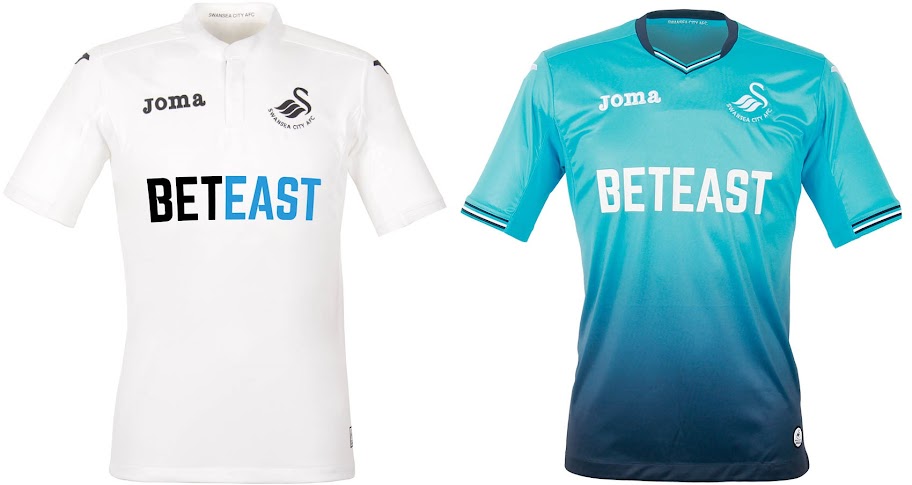 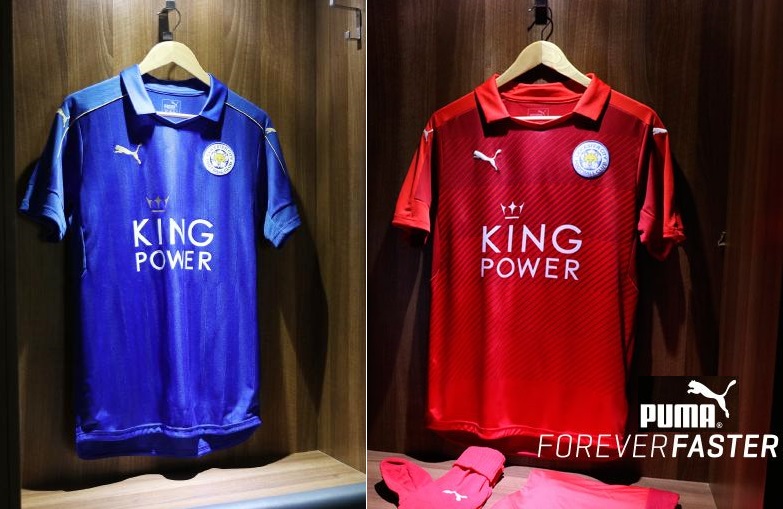 Stoke signed club-record kit deal with “Macron” and they have already released their official 2016-17 home and away kits. Home kit featured traditional stripe design while a radically unique away kit features light blue with while application. 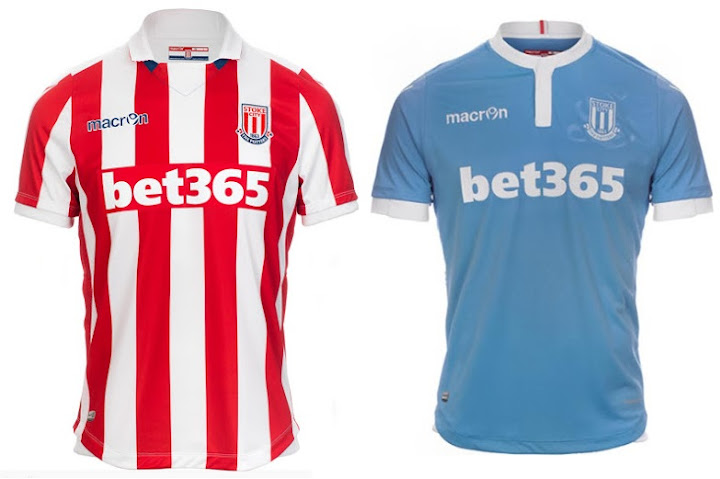 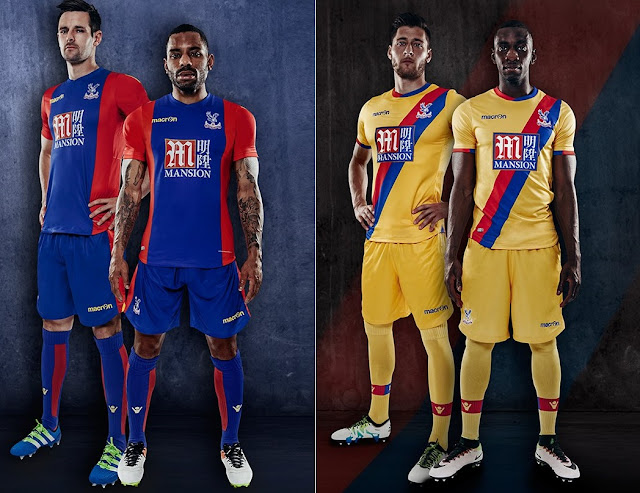 Umbro will be releasing a unique home kit for West Ham for the 2016-17 season which will be first for club at the new olympic stadium. Baggies has released their official home away kits for upcoming season 2016-17 and it comes in traditional stripe design. 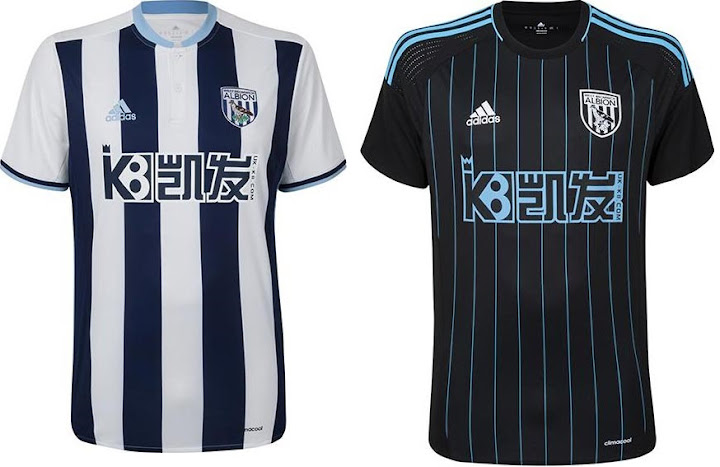 Adidas has already released Sunderland’s home kit for next season which features red/white stripe design with golden application and a small v-shaped collar. Is remain to be seen whether Sunderland will wear this kit in Premier league or championship. 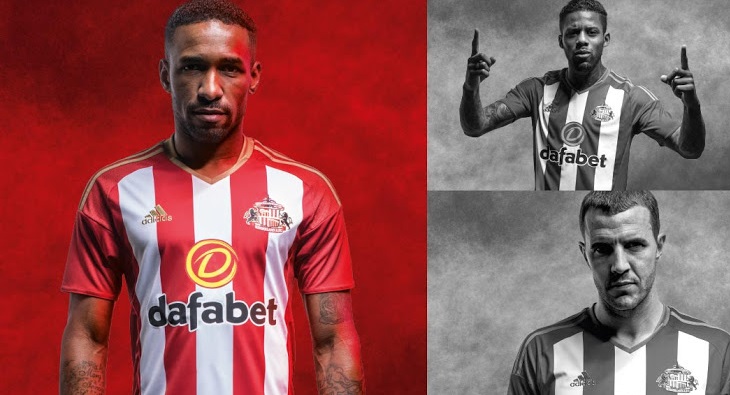 The new under armour Tottenham 2016-17 home kit has been leaked and it comes with white and navy blue colour design. While the away kit will be mainly navy blue with white/gold application. 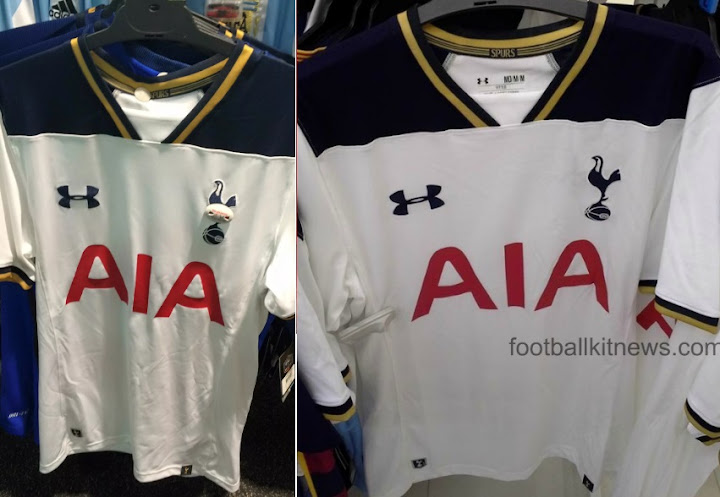 Bournemouth has officially released their home and Away kits for next season produced by JD Sports.

Both home and away kits for Southampton has been released for upcoming season. 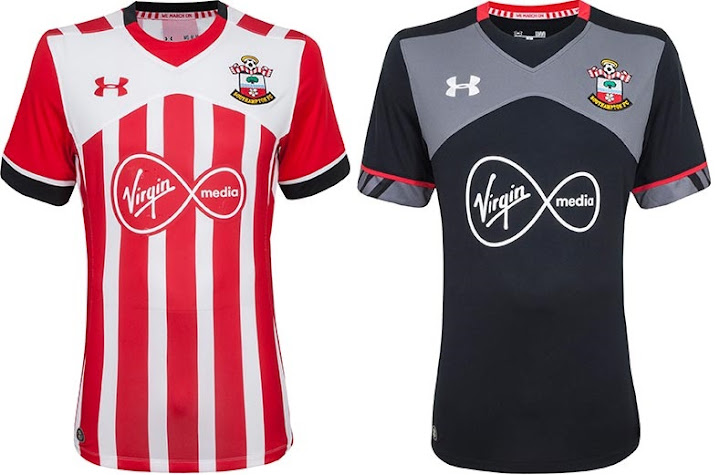 Designed by Adidas, both home/away kits for premier league new comers Middlesbrough has been officially released.

All new Burnley home kit designed by Puma has been released.

Prodiced by “Dryworld” both home and away kits for Watford has been released. 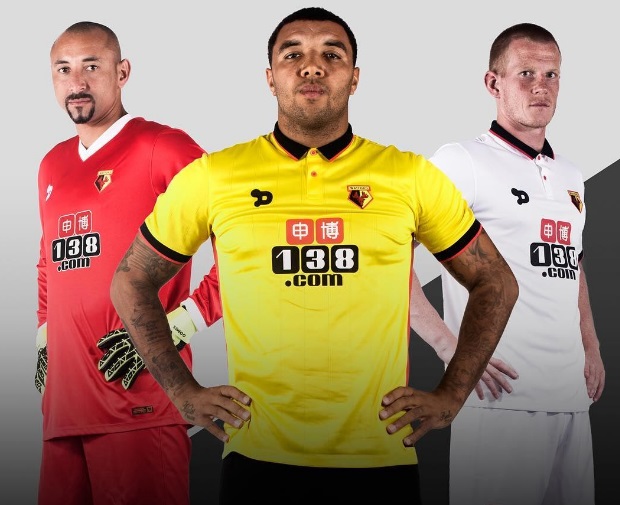 Here are some of the European Club teams kits which has been leaked online so far, we will keep updating this post throughout the summer with all new leaks and the final official releases of all top 5 european league teams as well as all 20 Premier League clubs.

Nike will continue to produce Barcelona kits for 2016-17 season and spanish media has already leaked all three (home, away and third) kits for Barcelona.

The new Real Madrid home kit will come in traditional design inspired by the very first kit worn by spanish giants in the early 1900s. The away kit will be purple while adidas will reveal a unique third kit in dark grey/yellow colour combination. 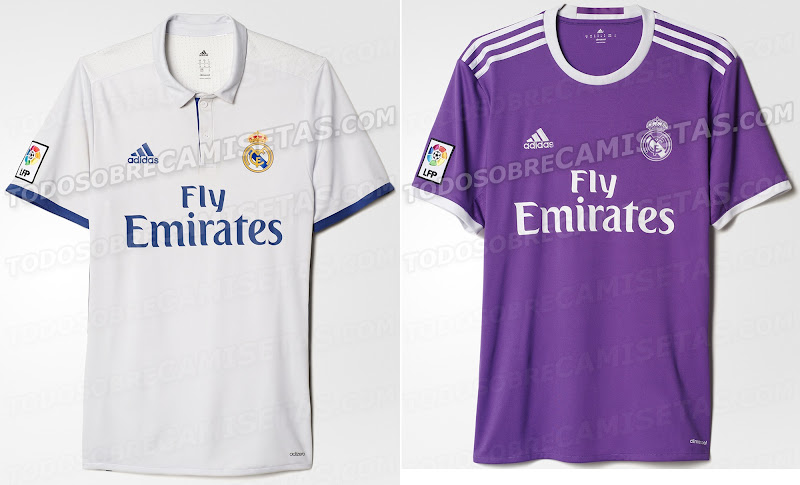 Adidas has officially released the home away kits of spanish side Valencia for upcoming season.

Another spanish side Villarreal who will be playing in the champions League has officially released their all three kits for next season.

Bayern Munich home kit’s orignal picture was leaked online and it comes in red as primary colour with small details of white application. The collar is polo and home kit will be released in May. Two unique away and third kits are also leaked and below is the pictures of the three Bayern kits for next season.

Puma will be producing new Borussia Dortmund kits for next season and both home and away kits has been leaked. 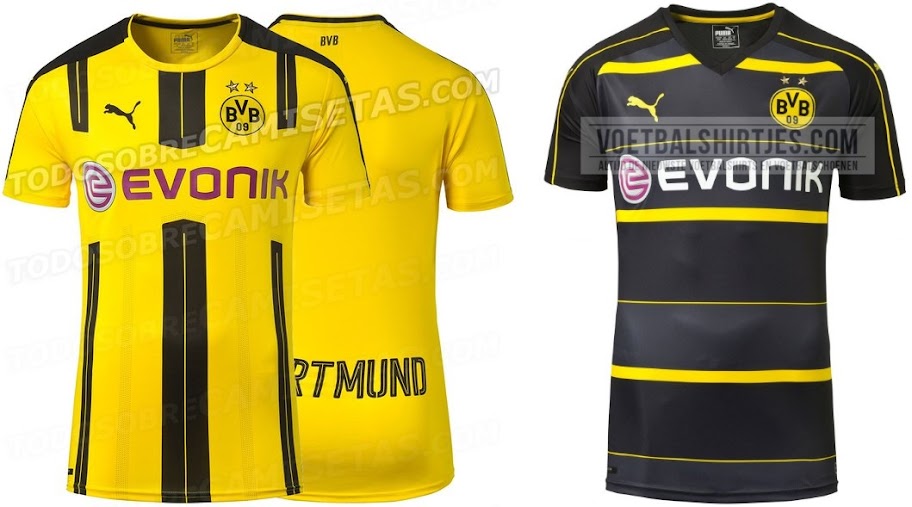 Adidas has already released the new home kit for FC Schalke they will be wearing in 2016-17 season. Both away and third kits will be carried over from last season.

Pume has officially unveiled the classy Stuttgart home kit for next season.

Adidas will be producing Juventus kits for 2016-2017 season and home kit has been leaked which features a traditional design in black/white stripes while the away kit will feature half/half design with two shades of blue. 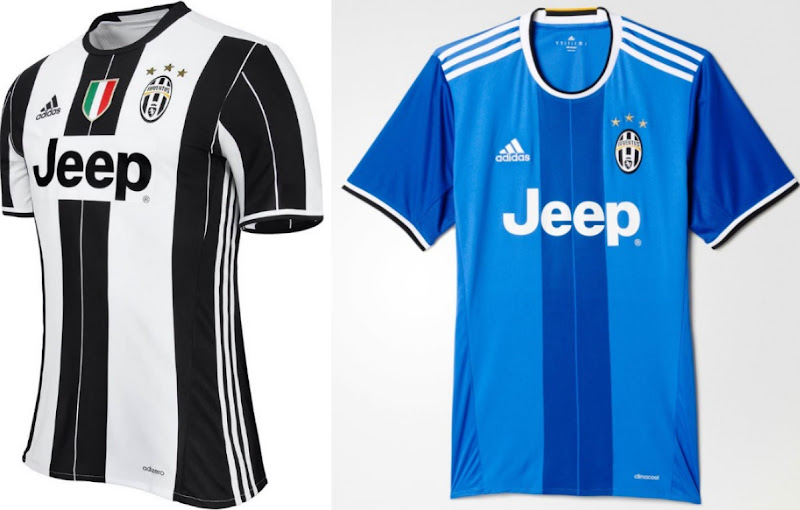 Nike has released both home and away kits for Inter Milan and both comes in traditional with modern design. 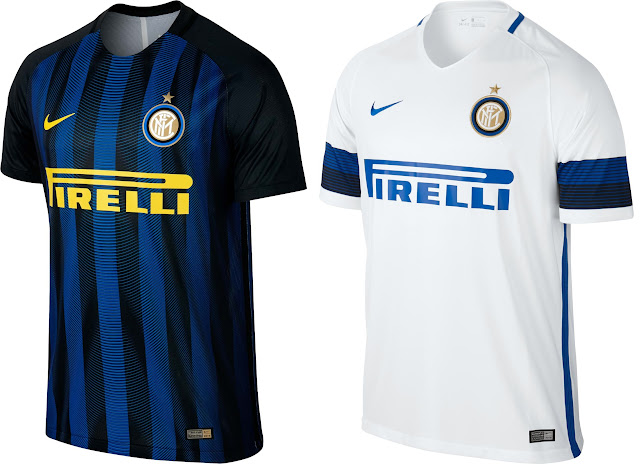 AC Milan has revealed a new logo from 2016-17 season and that will be appearing on the new home and away kits set to be released in May by Adidas. 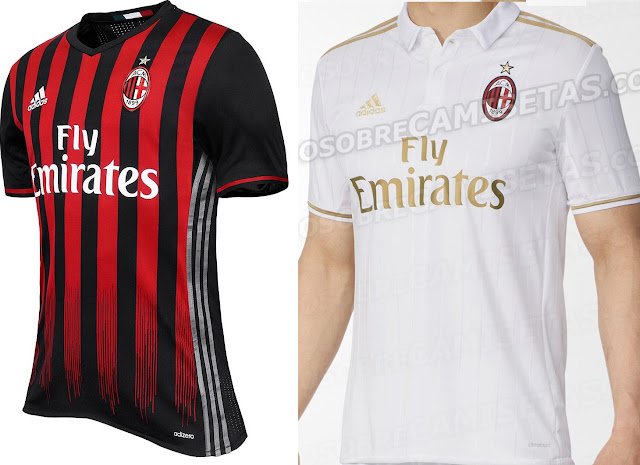 This is the all new home kit for AS Roma. 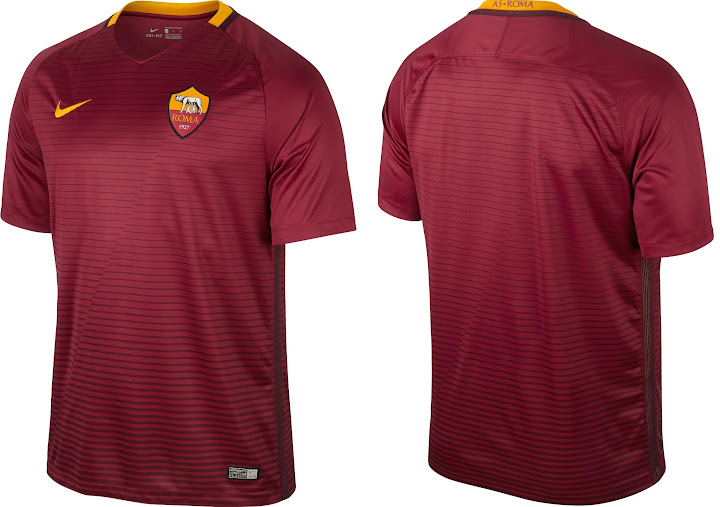 Jome has released all three new kits for Palermo for the 2016-17 season.

All new Macron home kit for Lazio is officially released.

New adidas home and away kits for french clubs Olympic Lyon has been released and below are the official pictures of both kits.

Designed by Adidas, all three kits for Marseille has been released ahead of the new 2016-17 season.

New balance has already released Celtic home kit for next season while two more away and third (alternative) jerseys will be released in August.

This is our dedicated Football Kit release & leaks news page ahead of the 2015-2016 season. We will bring you all the latest news about recent leak images of football team kits and the news on when the official release will take place for all the top 5 european league teams. We will also cover the news about kit suppliers changes contracts and will post links to leaked and official releases of latest football kits.