A couple of days ago Adidas launched a new commercial and all new 2015 boot campaign (there will be haters) video which got mixed reviews from the fans and football experts. The reason behind the campaign is to get the word out about a few new boot series which will be launched in 2015 and a few new designs in already available boot series. Here are all the details from their recent campaign called (there will be haters)

Adidas – There will be haters Campaign:

Many top Adidas footballers can be seen in the new video showcasting not only on the field activities but also off it which football, money, fame and hate coming on some of the best footballers in the planet at the moment.

In the video you can see Gareth Bale relaxing in the heart shape Island while Luis Suarez got suffered massive hate after his world cup 2014 debacle when he bite off Italy Giorgio Chiellin and it reperesent the fame and hatred comes hand by hand.

Adidas will be released many new versions of the current boot series in the 2015 and following are the details of all the upcoming releases of Adidas boots.

The next-gen version of Adidas most popular boot series (F50 Adizero) was lanuched with the new video campaign. The first colourway released will come in solar red and black application. While the trademark three adidas lines can be seen at the back of the boot which gives the new version a completely different looks that 2014 versions. 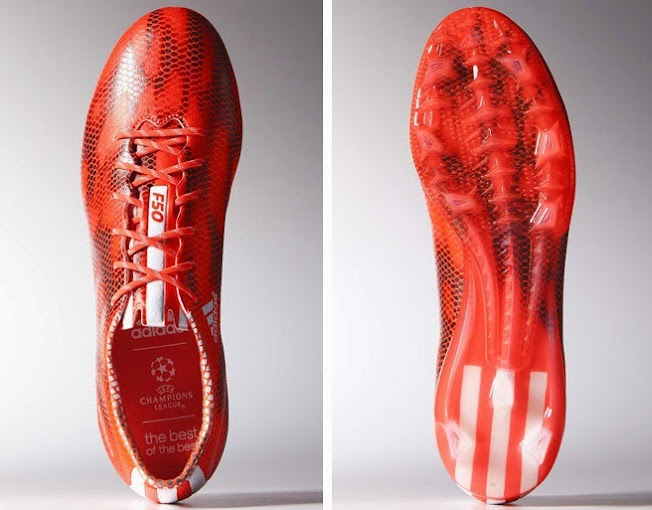 The upper of the nextgen Adizero F50 is made of single-layer Hybridtouch giving players a much better control on the ball and the material used enable it to be a good boot in all conditions.

Nitrocharge 1.0 Boot series is set to get a new blue colourway which is set to design for endless energy for the player, It features a solar blue, purple colours are used to make it a striking new colourway. The upper is made of synthetic material Hybridtouch to give better ball control.

The first colourway for Adipure 11pro series Adidas came up with refreshing style which features a snowy look with white/blue and black colours.

It really strikes out in the dark where a shinning white colour is used with shinning blue application and the three adidas stripes comes in black colour.