Argentina has announced their final 23-man squad for the 2018 FIFA World Cup and Mauro Icardi fail to make the final squad and below is the entire official Argentina world cup squad. 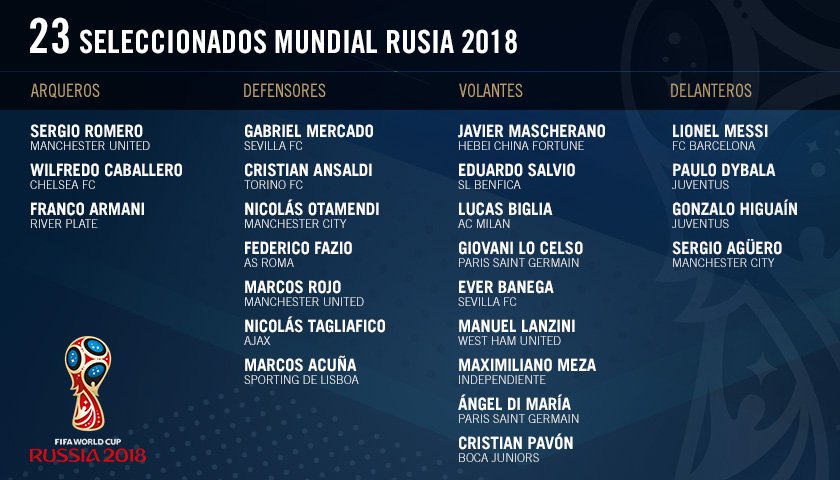 Confirmed: Argentina 23-Man Squad For World Cup 2018: Argentina has announced their official final 23-man squad for 2018 FIFA World Cup and Mauro Icardi misses out yet again on a major tournament while Dybala will join Messi, Aguero and Higuain in the final squad.

Argentina appointed Jorge Sampaoli on the recommendation of Messi and some other senior players midway through World Cup qualifying round. Under Sampaoli Argentina managed to qualify for World Cup after difficult qualifying round and although he has been around the team for less than a year, Argentina do look like more solid both going forward and at the back. His experience with Chile national side guiding them to two copa american titles will be the key with this Argentina side who has been on the receiving end losing three finals back to back. 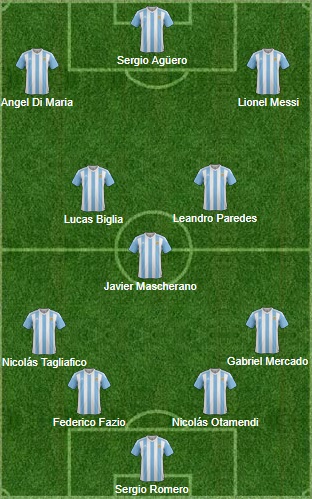 Argentina do have some issues with goalkeepers but as the things stand Manchester United’s Sergio Romero is set to start with Nahuel Guzman and Geronimo Rulli as backup keepers. Gabriel Mercado is likely to be first choice at right back while if fit Marcos Rojo should be left back with Emmanuel Mas is another possible candidate for the left back position. Nicolas Otamendi is certain to start in central defense alongside either Mateo Musacchio or Ramiro Funes Mori.

Javier Mascherano is likely to start in defensive midfield role proving shield for defense while two of the three (Lucas Biglia, Leandro Paredes and Ever Banega) should start alongside Mascherano in midfield depending on what system Argentina use. Di Maria comes to play with 4-4-2’s variation. Lionel Messi to captain and start on the right side of three man attack with Higuain or Aguero starting at centre forwards. At the left flank it will be between fierce competition between Paulo Dybala/Di Maria or even Angel Correa.

Dybala is already a household name in European footall however he has yet to perform at international level. He is unlikely to feature often as he plays in same position as legendary Messi but if given a chance he might pull off a few surprise in 2018 World Cup. Angel Correa is aother name who by the time World Cup starts might have cemented his place at left flank for Argentina.