Australia qualified for 2018 FIFA World Cup through Asia and they have confirmed their final 23-man squad heading to Russia this summer. Aussies had to rely on playoffs to qualify where they defeated Honduras and now they are paired in a group with the likes of France, Denmark and Peru. 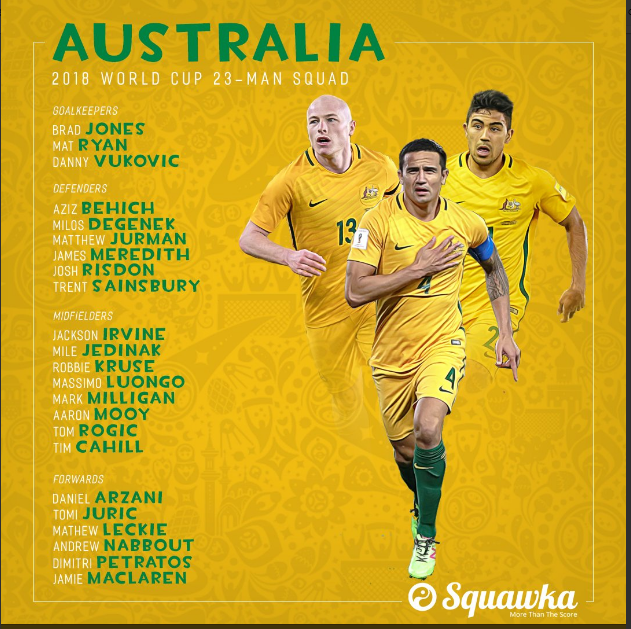 Confirmed Australia 23-Man Squad: Bert van Marwijk the national coach of Australia announced the final 23-man squad and there were several surprise inclusions not more so than Tim Cahill who will be heading to Russia with Australia at the age of 38. Below is the entire Australia squad for 2018 FIFA World Cup.

Very experienced dutch coach Bert van Marwijk was appointed as the head coach in January 2018 after Australia had secure their place in the world cup. Bert Van Marwijk has managed the likes of Borussia Dortmund, Fayenoord on club level while he managed Holland from 2008 to 2012 guiding them to 2010 World Cup final against Spain.

Although Tim Cahill has been included in the final 23-man squad its unlikely he will start any game and will be used mostly as a impact sub. Juric set to keep his place as No.1 in goal while 3 man defense of Nabbout, Rogic and Leckie supported by Behic and Risdon. Mooy is the most important player in central midfield with Ryan upfront. 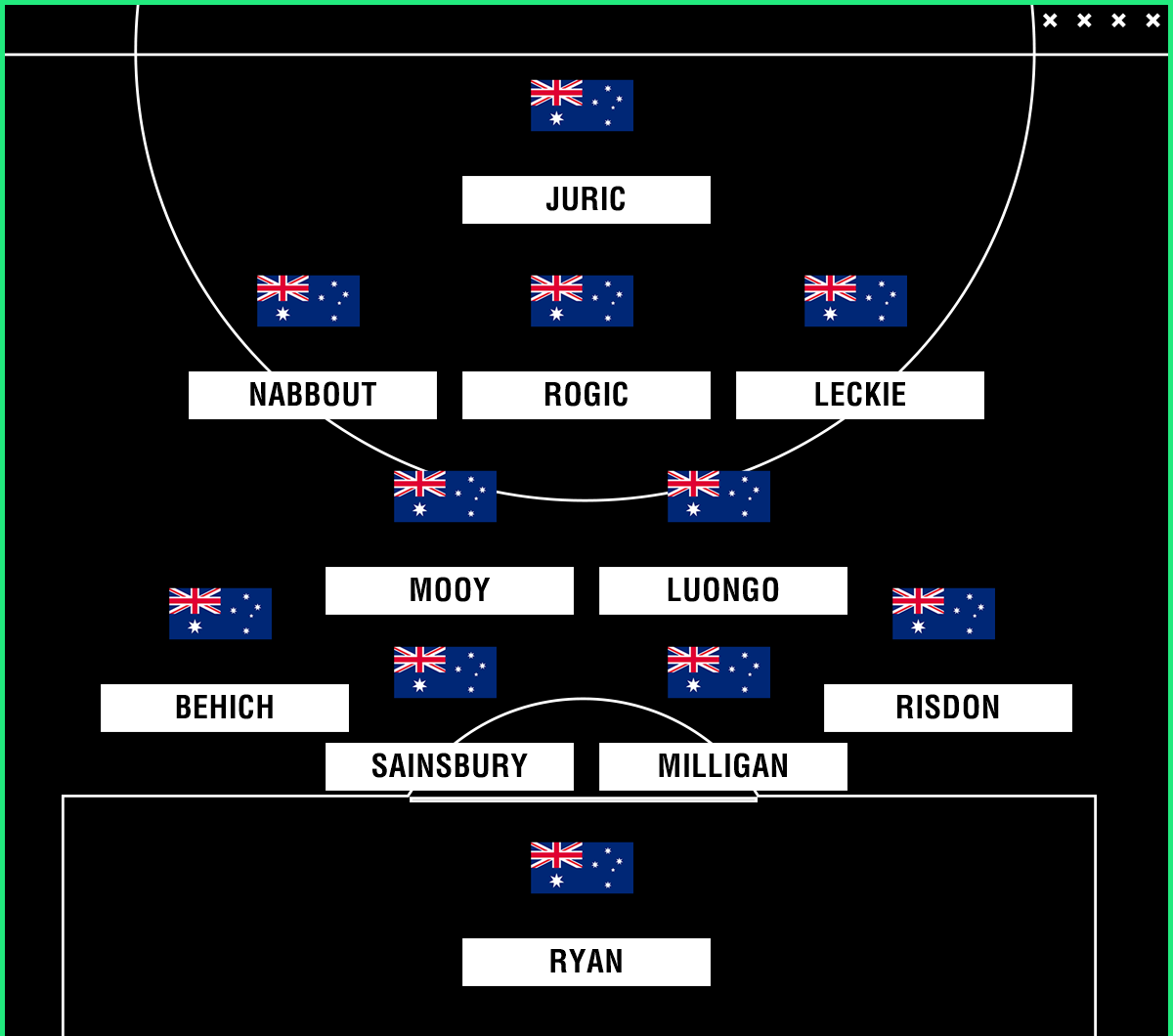 Its interesting to see only 3 players from Australia league are selected and many Aussies players hail from different countries but settled in Australia. This is not the typical soccoros roster going into the world cup with most of the players playing their trade in European football.

Australia play their opening game against France on Saturday, 16th June followed by matches against Denmark and Peru. Below is the group stage schedule for Australia.