Number of European clubs are set to increase their stadium capacities in next few years Chelsea stadium expansion plan is set to take Stamford Bridge’s capacity from 41,600 to 60,000 spectators while Barcelona’s Camp Nou will be expanded from 99,350 to 105,000 by 2021. Tottenham are set to build a new stadium all together with a capacity of 61,000. We take a look at some of the biggest football stadiums across different regions.

North Korea’s Rungrado May Day Stadium holds the biggest spectators capacity in the world with over 150,000 people can jammed into multipurpose stadium.. Built in 1989, it is situated across Taedong River 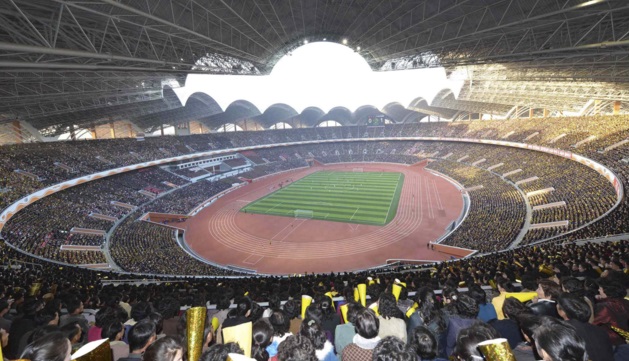 These days its mostly used for football matches, specially the home games for North Korea’s men national team but other sports like “mulitsport” event also takes place in this stadium. Its unfair the call it the biggest football stadium because of the fact the purpose behind its construction was more of multipurpose rather than just dedicated football events.

Azadi Stadium was built in 1973 and since than has gone through renovation twice taking its official capacity to 95,225 but it can easily hold in region of 100,000 to 110,000. Highest recorded attendance on this stadium was 128,000 back in 1998 world cup qualifier game against Australia. 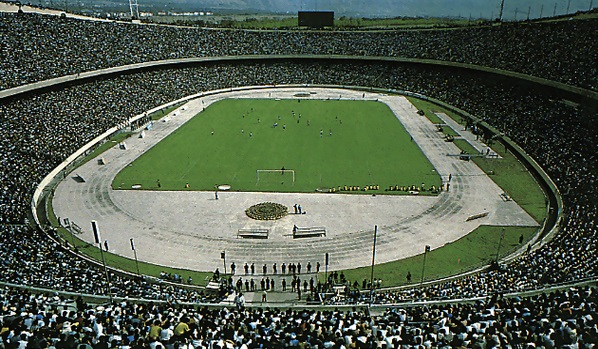 Historic football stadium home to FC Barcelona, Camp Nou is the largest European stadium with a total capacity of around 99,400. Camp Nou was built in between 1954–1957 and officially opened as home stadium for FC Barcelona on 24th September 1957 known as “Estadio del FC Barcelona”. 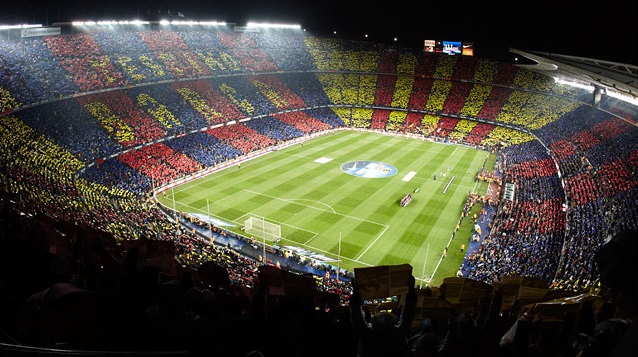 Barcelona has already announced the plan for its second expansion which will start from 2017 and finish in 2021 taking its total capacity to 105,000 with state of the art facilities making it the most modern stadium in the world costing around €600 million.

Azteca Stadium is located in outskirts of Mexico City called Santa Úrsula. With the official capacity of 95,345 it is world third biggest and the largest in American region. It was officially opened back in May 1966 and has been home to Mexico’s most successful team “Club América” since 1966. While it host Mexico national football teams home games since 1966.

South Africa’s First Nation Bank Stadium in capital Johannesburg has the capacity of around 94,736 making it the biggest in African region. It is also known as “Soccer City” and hosted the world cup 2010 final between Spain and Netherlands along with other 5 group games, 1 round of 16 match and 1 quarterfinal.

Below is the complete list of top 20 biggest soccer stadiums in the world. The capacity numbers are officially quoted by the stadium authorities. We have not included any multi-sports purpose stadium in the following list.