Egypt announced the 23-man final squad for 2018 FIFA World Cup with Mohammad Salah included in the final list however its still remain to be seen whether their talisman will play any role in the opening couple of games. Apart from that squad is pretty straight forward with not many surprises. 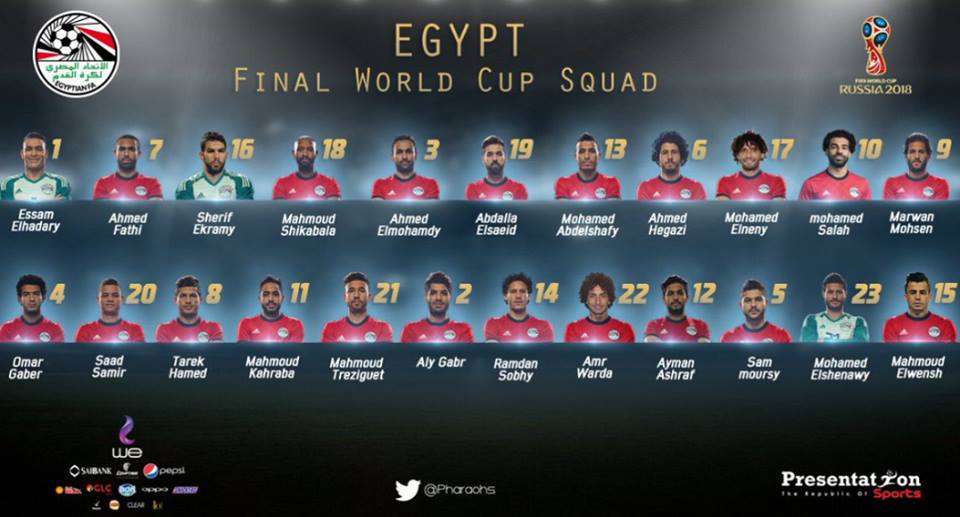 One of the most experienced coaches in 2018 FIFA World Cup, Héctor Cúper hails from Argentina and played most of his football in South America. However since becoming manager he has been on european scene for most of his career Inter Milan and Valencia are two big names under his CV. Under him, Egypt qualify for the world cup for first time in couple of decades.

It all depend on whether Salah is available or not, if he is even half fit Egypt are likely to start with him considering he is their talisman and major goal threat. Héctor Cúper likes to use 4-3-3 system and Salah to start on his favourite right flank with Hassan and Ramadan Sobhi supporting him in attack.

Arsenal’s very own Elneny is the anchor man in the three man midfield with El Said Hamed and El Said.

Hard to look past Muhammad Salah who has been in absolute stunning form in 2017-18 season but finished on a sad note when injured himself in the champions league final. If he can regain his fitness he should be a real threat going forward for Egypt.

Egypt are in a group where they will face Uruguay, Russia and Saudi Arabia. They will looking to win against Saudi Arabia and possible against Russia to seal the qualification