England has announced their final 23-man squad for 2018 FIFA World Cup and there have been quite a few surprise with Jack Wilshere, Chris Smalling and Adam Lallana missing out while Loftus-Cheek, Gary Cahill, Trent Alexander-Arnold and Fabien Delph making it in the final squad. 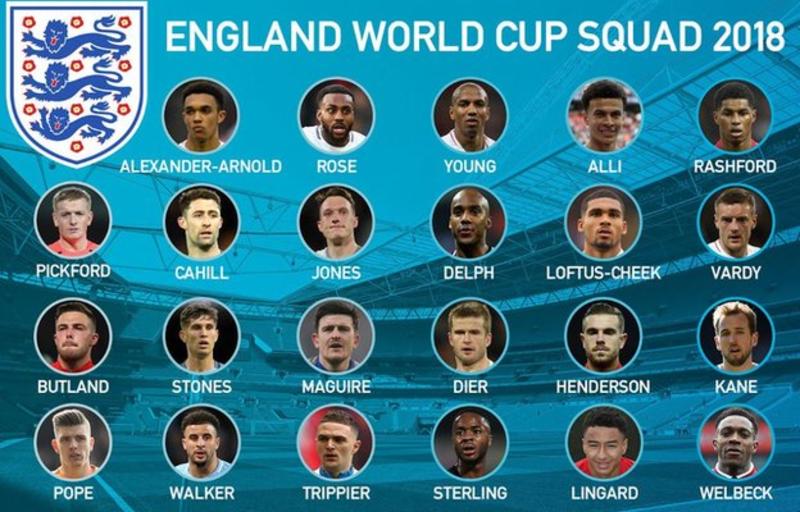 Confirmed England 23-Man Squad: Gareth Southegate announced the 23-man squad for England on 15th May and there were couple of surprises with Joe Hart, Jack Wilshere, Smalling missing out while Welbeck, Trippier, Pope and Ashley Young got the nod.

Relatively new to national team coaching, Southgate took charge of England team after Sam Allerdyce was sacked due to off the field controversies. Under Southgate, England managed to qualify for the World Cup with relative ease but him being so inexperience at international level not much is expected of this England squad which will be traveling to Russia. Southgate is likely to stick with traditional system England have played over the years with 4-4-1-1 with Harry Kane up top with and a no.10 linking the midfield with attack. 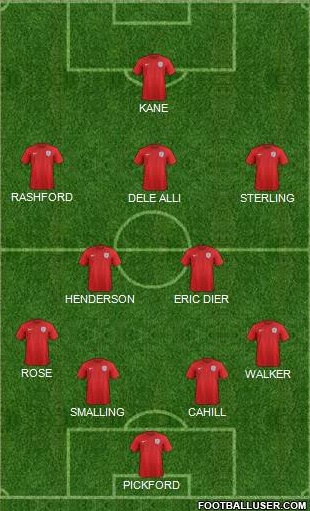 After incredible couple of season’s Harry Kane has cemented his place in the team as  first choice striker and he will lead the forward line for England in World Cup 2018. Delle Alli is expected to start in no.10 role with Raheem Sterling and Rashford playing on the wings.

Henderson and Eric Dier are expected to start in midfield while Kyle Walker and Danny Ross should start in full back roles. John Stone (if fit) will start in central defense alongside either Garry Cahill or Phil Jones. Jack Butland is likely to start ahead of experience Joe Hart in goal.

Hard to look past Harry Kane who has been in absolute astonishing form over the last couple of years. He has been scoring goals for fun and now regarded as one of the best center forwards in the world. However, he is part of a very fluid Spurs team and usually get number of chances every game. It will be interesting to see if he can carry his club form with England national side.

Youngsters to watch out for: Rashford, Harry Winks and Dele Alli

Delle Ali is a stand out name who can lite up the world cup if he hits any kind of form. Harry Winks is another Spurs player who has been playing regularly with the Spurs team and if given a chance he is capable of being a regular with national team. Marcus Rashford is already an establish Manchester United player and he will be the key to England’s chances in the world with his pace and trickery. Rashford complements Harry Kane’s style of play and if these two click, England might have a good chance of getting far in the world cup.

England have a relatively easy group with only stand out team being Belgium. At worst England should qualify for knockouts as group runners-up but knowing Belgium who usually choke in the big tournaments, England might have a surprise or two in store.