Portugal defied odds all along the way to win their first major international tournament as they defeated hosts France in the final via yet another marathon of a game when Eder’s strike in second half of the extra time sealed 1-0 win for Portugal. They had to do it without their talisman Ronaldo for most of the game as he was stretched off in first half due to injury. France were slightly better side and more clear cut chances fall their way in the final with Antoine Griezmann and Andre-Pierre Gignac missing good chances. As Portugal lifted the trophy UEFA also announced some individual awards with Antoine Griezmann winning Golden boot and Golden Ball awards while Renato Sanchez won the young player of the tournament award. 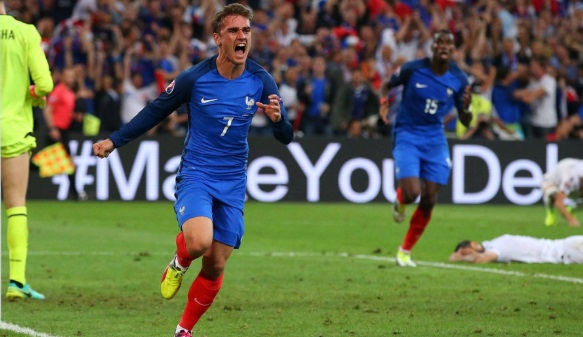 Griezmann night might have ended in tears as far as the team success is concerned but he did pocket the major individual award having been named as player of the tournament and bagged the much coveted “Golden Ball award”. He scored 6 goals and 2 assist in what as a very successful tournament on personal level. Griezmann also won the top scorer award with 6 goals to his name. 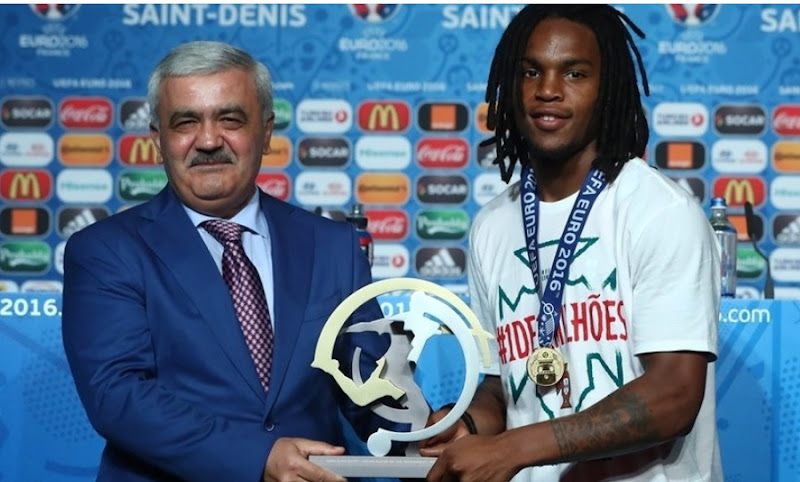 Again Portugal might not have light up the tournament for most part but Renato Sanchez produced couple of superb performances in the knockout stages and he was named as the best young player of Euro 2016. 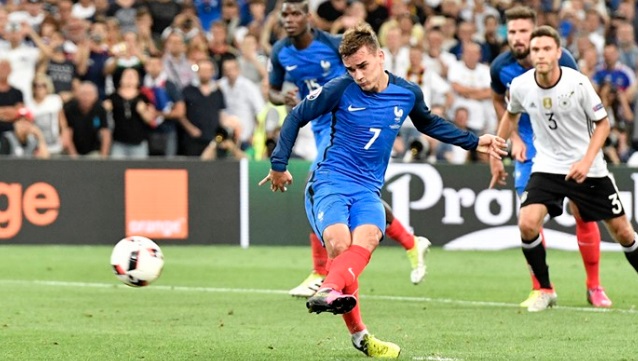 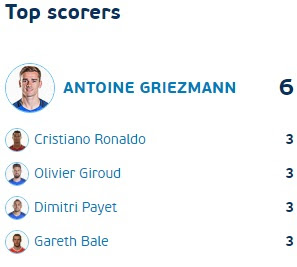 Atletico Madrid striker Griezmann won the golden shoe award in Euro 2016 having scored 6 goals in the tournament and thats double than any nearest competitor.

Griezmann also picked up to man of the match awards for his performances against Republic of Ireland and in the semifinals against Germany.

Man of the match in Final (Pepe) 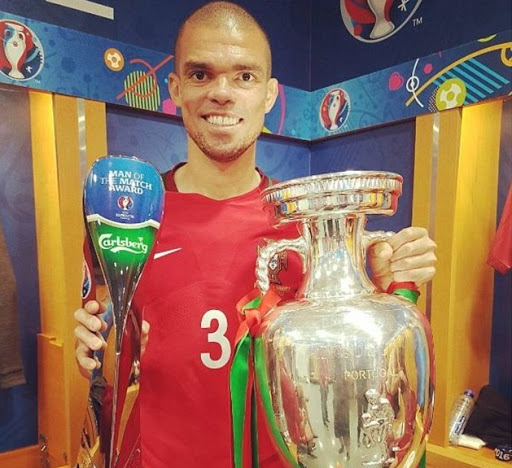 Pepe had a beast of a game in the final and at times single handedly saw off the danger posed by French attack. He was named as man of the match in final for his absolute superb display of defense.

UEFA Euro 2016 Team of the Tournament:

Dimitri Payet tops the UEFA’s player barometer for Euro 2016. Barometer is a algorithm designed by UEFA where every players performance is monitored throughout the tournament according to their respective positions. Payet started the tournament on top of Barometer rankings after his superb performances in group stages and he also played a decent role in the final. Griezmann finished second in the performance rankings while Gareth Bale finished third.