Football World Cup now commonly known as “FIFA World Cup” started back in 1930 when they first world cup was held in Uruguay. 1930 World Cup was the only tournament without a qualifying round as only countries which were affiliated with “FIFA” invited for the competition. 13 countries took part in the first ever world cup and Uruguay went on to become first ever World Champions defeating Argentina in the final.

Brazil is th most successful team in Football World Cup history having won 5 titles, Germany and Italy are join second having won 4 world cups each. France, Uruguay and Argentina are the only other teams to have won the cup more than once. England and Spain has won the tournament once each.

Since 1930 21 world cup has taken place and 8 different teams has won the competition with Brazil winning record 5 times, Germany and Italy won 4 titles each followed by Uruguay, Argentina and France who won it twice. England and Spain are the only other countries to have won the world cup. We take a look at past winners of FIFA World Cup from 1930 to 2018. 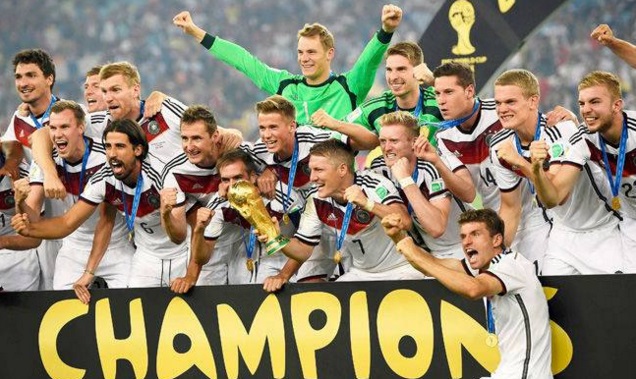 Germany won the most recent FIFA World Cup in 2014 and it was their fourth title but first since becoming a unified country.