Liverpool took on Southampton at the St Marys Stadium this wednesday night in the capital one cup (league) 2015-16 quarter final tie and it turned out be a belter of a game for Liverpool fans. Sadio Mane put home side 1 -0 up in first minute of the game but Liverpool turned things around with a brace from Sturridge and Hatrrick from Origi to qualify for the semifinals.

Sadio Mane took just 40 seconds to put the ball in the back of the net to stun Liverpool. But the joy was short lived when goals from Sturridge just before the half hour mark turn the game on its head. Divock Origi scored just before the break to make it 3-1 for Liverpool at half time. 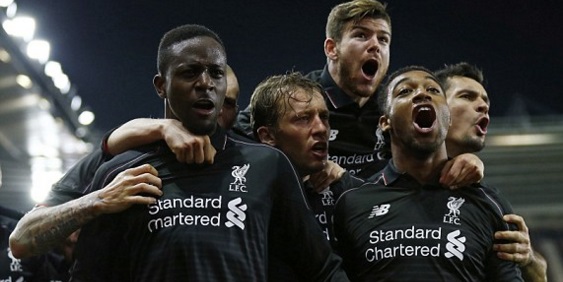 Origi was on target twice in second half either side of Jordan Ibe’s goal to make it a 6-1 mauling as Liverpool and Klopp cruised to semifinals of the Capital One Cup.

It was probably Liverpool’s best performance of the season and since Klopp took over. Southampton are a very competitive Premier League side who were blown away by ruthless Liverpool side who continue their amazing run of form having won 7 of the last 8 matches in all competitions. Now only Manchester City are high profile team left in the capital one cup and Liverpool players and fans would fancy their chances of lifting first trophy since 2012 triump in League cup.