Watch Manchester United vs Bayern Munich Legends Highlights The match will be played at Old Trafford, Manchester, UK on sunday 14th June 2015 at around 14:30 uk time and ManUtd Tv will broadcast the game live. Here are the full match highlights and goals video from the match

The yearly charity match where Manchester United legends team takes on some other big european club’s legends team will be played this summer on Sunday, 14th June 2015 at Old Trafford. Again Bryan Robson will be managing Manchester United Legends squad, while the final 15 players lineup will be announced 1 month ahead of the match. Here are some match details and tickets information.

Bryan Robson will be the manager for United’s legends while the official lineup will be announced 1 month ahead of the game. Players like Dwight York, Andy Cole, Teddy Sherringham, Lee Martin, Denis Irwin, Edwin Van Dar Saar are most likely to be in the lineup. We might also see the likes of Ryan Giggs, Gary Neville, Phil Nevile or even David Beckham and Ruud Van Nistelrooy lineup up for Manchester United. Once the team lineups are announced we will update this page. Following is the expected lineup of Manchester United legends for 2015 match.

[ we will be updated the confirmed team lineups closer to the date of the match which 14 June 2015, so check back later for updated lineup of both United and Bayern Munich ]

Where To Watch The Match Live On TV or Online ?

Manchester United official TV channel will be broadcasting the match live or you can tune in to the official site, register yourself (if not already) and you will be able to watch the game live through official stream. Last year Setanta Canada also broadcasted the game and we will keep you updated with any more information about what channel will show the match closer to the date. 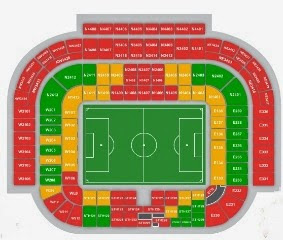 The tickets are already available at the manutd.com official website of Manchester United.