MLS All Star game for 2015 has been announced and this year it will be Tottenham Hotspurs who will be taking on best players selected across the MLS teams and Colorado Rapids will host the match on 29th July 2015. Last years MLS All Star opponents were Bayern Munich where All Stars defeated Bayern by 2-1 in Portland. 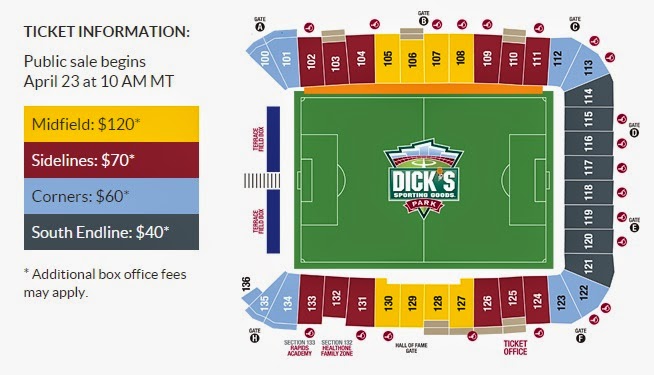 The tickets sale for 2015 MLS All Star game starts on 23 April 2015 and tickets prices starts from $40 and goes to $60, $70 and $120 for this match. You can buy the tickets online from the official website of MLS here is the address (mlssoccer.com/all-star/2015) or you can use third party ticket distributions in united states like ticketcity.com and stubhub.com etc.

MLS All Star game has developed a great history in the last decade or so, MLS All Star record in the annual on off game stands at 7 wins, 3 draws and 1 loss and teams like Manchester United, Chelsea, Everton, Bayern Munich, Roma has taken part in the All Star match.