Back in september 2015 Messi trained in blackout which was the prototype of next generation Lionel Messi boots to be released in 2016. Today we can reveal that Those blackout prototypes were “New Messi Pure-Agility 2016” next gen boots which will be officially released in early 2016. You won’t find any leaked images of new pure-agility boots but some of the information about technology,colourways, release date and the kind of versions to be released is out. Lets take a closer look at what to expect with Adidas’s all new Messi Pure Agility 2016 boots.

Adidas Messi Pure-Agility 2016 Boots – Technology and Material Used in Upper/Sole: Just like the most recently Messi 15.1 boots the upper of Pure Agility 2016 boot is made of ultra-thin and single-piece synthetic material featuring pretty standard honeycomb structure which kind of help in ball control.

The most notable change is that adidas is using tongue-less design with pretty small laces providing better striking surface unlike the standard classic tongue designs. The boot has all the elements seemingly fit into each other making it a perfect hybrid.

Release Date: When Messi wore the prototypes of this boot back in september they were blackout to make sure not reveal final design. But we can reveal that Adidas will be launching all new “Adidas Messi PureAgility Cleats” in April-May 2016 with two colourways Silver Metallic and Shock Blue/black. 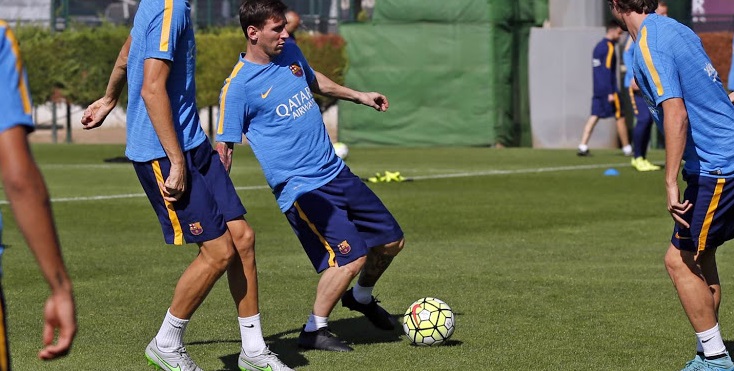 Expected Prices & Versions: Adidas are like to use New Messi Pure-Agility boot as top rated version of in the Lionel Messi range so we can safely assume there won’t be any low end versions of this cleat. The price is expected to be around $300/£250 pretty much the same like Adidas Ace Pure-Control.

Still we don’t have any leaked pictures of the supposedly the new top version of Messi’s cleat range from Adidas. But we will keep tabs on any news and updates and will be posting any info as it release/leaks right here on this page.