New Balance officially unveiled their first edition of soccer boots with “New balance Visaro Boot” which will be released in Summer of 2015 most probably in July. The all new New Balance Visaro boots are designed with modern day football requirements of fast paced game and for players who speed, agility and have to makesplit second decisions through the game.

The first edition of NB Visaro boot will come in blue/white/orange colorway which is set to hit the stores in July 2015.

The upper of new balance viasro boot uses thin synthetic upper materia which will give player a softer touch and a barefoot like feel with better ball control in both wet and dry pitch conditions.

Two colorway of the boot has been leaked and both can be seen in the pictures below. The boot features external heel design and the NB logo can be seen at the back of the heel. 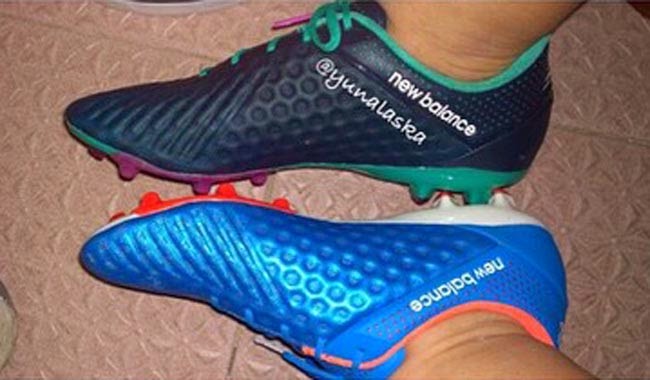 New Balance Visaro 2015 Boot Price: It is not confirmed how much the boots will cost but New Balance are set to release several editions in Visaro series starting from July 2015.

New balance entered into the football kit and boots market at the start of 2015 when the took control of all “Warrior” team and player contracts. We can expect great things from american brand in the coming months as they are set to release couple of new boot series plus whole list of official team kits for 2015-16 season.