Nike is celebrating Ronaldo’s Real Madrid All-Time top goal scorering record by releasing all new “Mercurial Superfly CR7 324K gold” boots. The new boot comes with a stunning white/gold design with black applications across the boot which gives it quite a stunning visual.

We dont usually post stuff about soccer cleats but this is one boot design which caught our eye and its highly recommended for hardcore Ronaldo fans.

The new Mercurial CR7 Gold boot is inspired from Nike’s Mercurial Vapor series which was first release a decade ago back in 2006. The new boot feature the same technology (albiet a ground-braking one) of Teijin microfiber upper and the Flyknit upper. Technology wise there is nothing new in the new boot as its pretty much based on standard Nike Mercurial Boot series but its the design which is a tribute to Ronaldo’s incredible achievement of becoming Real Madrid’s all time leading goal scorer. 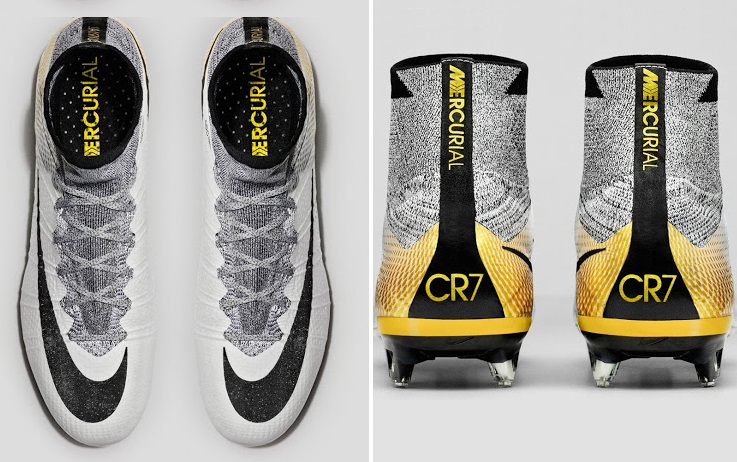 Release Date: The New Nike Mercurial CR7 324k Gold Boot will be released in January 2016 and both Nike and Ronaldo will be hoping that will coincide with Ronaldo winning Ballon d’Or. It is likely to be a limited edition boot but Nike has yet to announce any details about the price of this beautiful Ronaldo but we can expect the boot to hit the shelves around Europe in January 2016.