Nike released first-ever Air Jordan soccer shoes with Neymar collaborating to create one spectacular design which will be available in limited edition. It features prominently black colour with white and red used as application. We take a deeper look at all new Neymar X Nike Air Jordan boot.

Nike collaborated with Neymar to produce first ever Air Jordan soccer shoes inspired by their famous Jordan brand and using the same successful technology of Nike Hypervenom Phantom II series. The boot were officially released on 1st June and they will go on sale around the world in limited editions. It is also one of the most expensive soccer shoes available in the market as buyers will have to fork out as much as $375 to get their hands on this limited edition.

These are the official released pictures of the new new boot which was introduced after Nike invited Neymar to collaborate with the Jordan Brand. 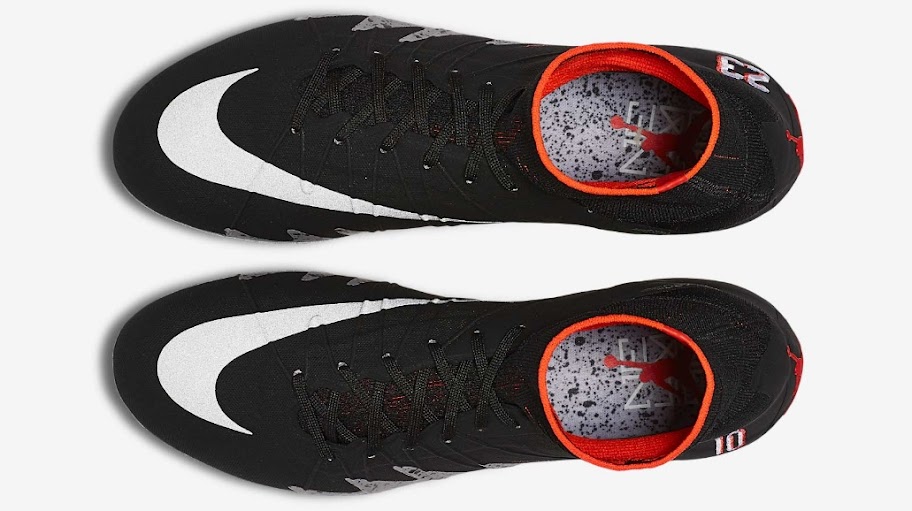 There are so many features in this highly anticipated released but as far as technology is concerned its pretty much the same as normal Hypervenom Phantom II with slight change on the material used to create the upper of the Neymar x Air Jordan shoes. 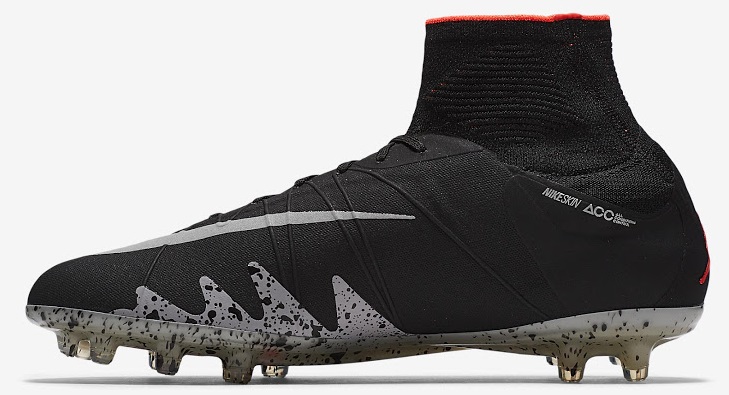 These shoes are more of collectors edition and you won’t find many wearing them on sunday league football or even at professional level. The price $375 is a steep investment but a custom Nike bag and the boot box will go along way making it one great memorabilia for the football fans.

The sole of the boot features a very unique design with a transparent sole plate with regular hypervenom phantom style studs but with a unique Air Jordan logo graphic and some black colour splatted design.

The boot also comes with iconic jersey numbers of both Michael Jordan (23) and Neymar’s 10 on either boot. Overall is a classy boot from Nike but a bit too price for a regular fan.

Where to buy: Shoes are currently available at the official Nike.com (US website) priced at around $375 including any customization on the bag or box.