Poland are one of the most improved teams from Europe over the last decade and they qualified for 2018 World Cup with rather ease. Under national team coach Adam Nawałka, they have confirmed their 23-man squad and it looks very impressive with mixture of experience and youth. 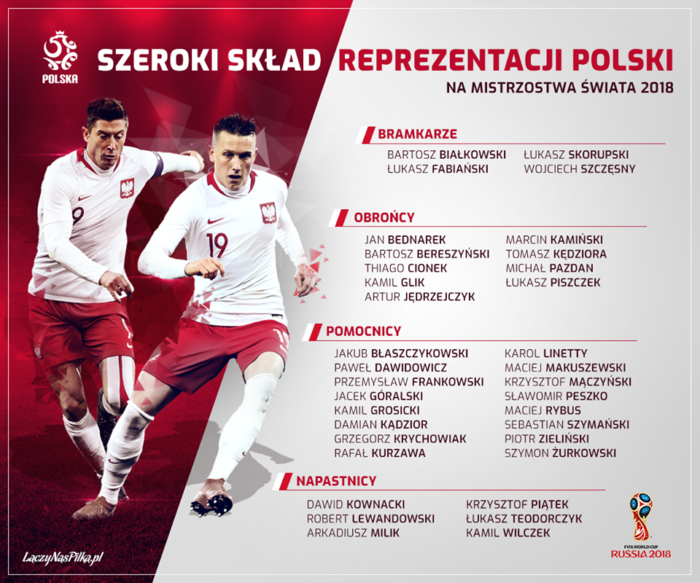 Confirmed Poland 23-Man Squad: Robert Lewandowski is the star name but Poland do have many players playing for top European clubs. Below is the entire 23-man squad for Poland heading to Russia.

Adam Nawalka has been Poland head coach since 2013 and under him Poland have improved alot in last 5-6 years. His managerial career started back in 1996 and mostly he only managed in Poland domestic league before taking over Poland national team.

Poland likes to play with a rigid 4-4-2 system and we can expect captain Lewandowski to start upfront with Napoli’s fit again striker Arkadiusz Milik. This is how i expect Poland to lineup in 2018 FIFA World Cup. 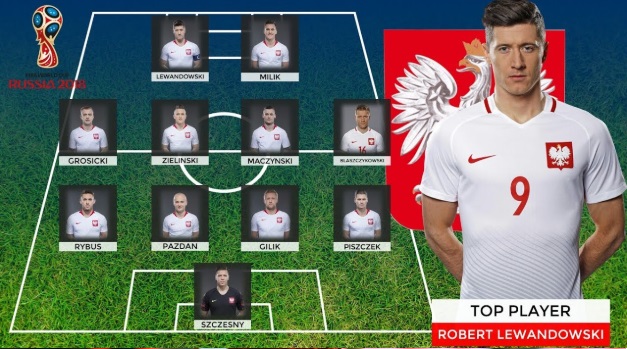 Juventus keeper Szczesny to start in goal with Gilik, Pazdan, Rybus and Piszczek making the back four. Poland do have a very hard working midfield and thats where they can hurt teams.

Poland have a relatively easy group considering only Colombia are a team who can give them trouble. Poland should have enough in their armour to get the better of Senegal and Japan.