Final 23-Man Squad of Portugal has been announced and head coach Fernando Santos has omitted several players from that Euro 2016 winning squad. The likes of Andre Gomes, Eder, Renato Sanches and Nani fail to get the nod below is the entire comfirmed 23 man squad for Portugal. 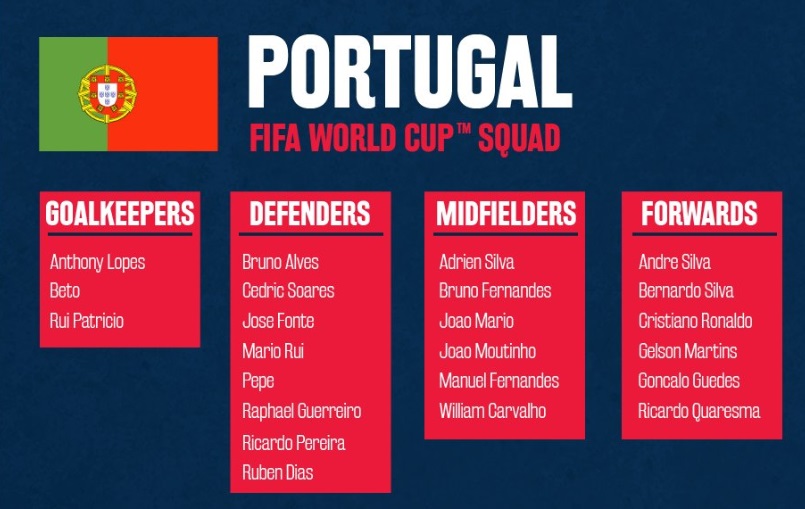 Portugal 23 Men Squad Confirmed: Portugal has announced their 2018 FIFA World Cup squad and there have been many changes in the final 23-man squad compared to the one which won Euro 2016. Below is the entire confirmed squad of Portugal.

Since taking over as Portugal national team coach, Fernando Santos has turned Portugal into a very hard team to beat. Even though they have Ronaldo in their ranks, Portugal still rely heavily on their solid foundation at the back which was they key ingredient for Portugal surprise Euro 2016 win. Portugal do lack the spark in central midfield but with Ronaldo at the helm they always have a chance against anyone. Santos likes to use conventional 4-4-2 system with Ronaldo, Silva upftont while Jao Mario and Bernardo Silva supporting on attack from the wings. 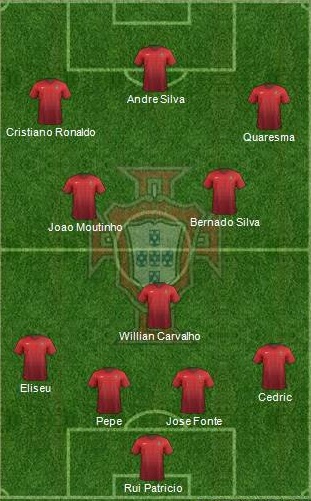 Portugal have whole list of quality attacking players specially their traditional wingers with the likes of Andre Silva and Gonçalo Guedes who will be hoping to replace the likes of Nani and Quaresma in the near future. Andre Silva is likely to start upfront with Ronaldo, Bernando Silva and Nani supporting in attack. While two of the three William Carvallho, Jao Mario and Jao Moutinho should take the central midfield roles.

Pepe is likely to lead the defense if he is fit before the world cup, he will partnered with Luiz Neto while Raphael Guerreiro and João Cancelo should take the fullback positions. As far as goalkeeping job is concerned, Portugal’s first choice Sporting CP should keep his place in the starting lineup.

Have to be Ronaldo, who is the record goal scorer for Portugal and makes the difference when it really matters. Portugal system is built on solid defense and they don’t create many chances and thats where Ronaldo comes in who just need that half a chance to score. Ronaldo has build up a very impressive partnership with Andre Silva and their link up upfront will be key for Portugal’s chances.

Portugal drawn in group (B) of the world cup 2018. Spain is the first opponent side to whom Portugal play in first match. The other two teams drawn in their group are (Iran and Morocco).