Premier League is often described as the most exciting football league in the world and rightly so looking at 2015-16 crazy season which had so many surprises from top to bottom of the league. Since it was rebranded as the English Premier League back in 1992 it has be an absolute financial success on every scale and if premier league was not exciting it would not be raking all this financial windfall. Having said that is premier league the best football league in the world ? well jury is still out on that and we take a look at some of the top leagues around europe and in the world, ranking them according to several factors.

UEFA has a coefficients system according to which they rank the european leagues and that solely depend on the performances of clubs from a certain league in europe. Spanish La Liga is the highest ranked team according to UEFA co-efficient with 101 points as of april 2016 while German Bundesliga is second with 79 and Premier League is third with 75 points. But thats one way to look at the leagues there are several other factors like excitement level, average attendance, tv viewing numbers, quality of football. average number of goals and we can go on and on with so many more statistics.

But we decided to take 6 major factors into account and rank the top leagues around the world. Every factor has 10 points.

So collection such data from 20 top leagues around the world we have narrowed down the ranking to top 10 leagues in the world and this is how they rank.

Spanish league came out top with overall 48 points. (10 points each for qualify of football and success in europe, 9 for star power, 6 for average attendance, 7 for excitement and 6 for competitiveness)

Premier league narrowly missed out with 47 points (10 points each for Competitiveness and excitement, 6 for quality of football, 7 for star power, 6 success in europe and 8 for average attendance) 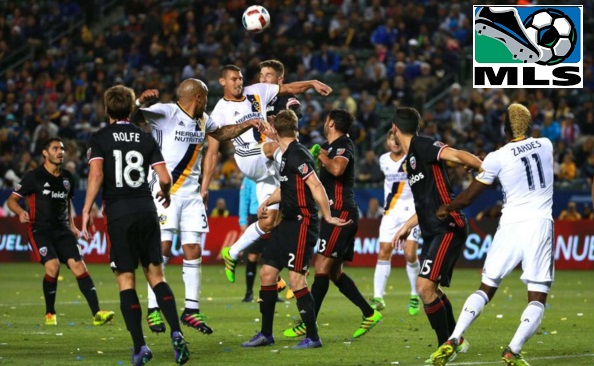 Still growing as a sport in United States, MLS has come alongway since 1994 when USA hosted the world cup. Now “Soccer” is pretty much a mainstream sport in the states and MLS has gone from strength to strength in last couple of decades. The exciting levels have increased and some of the top clubs in MLS have developed loyal fan basis. Although one downer is the fact that top players from europe uses MLS as their last destination to end their careers. 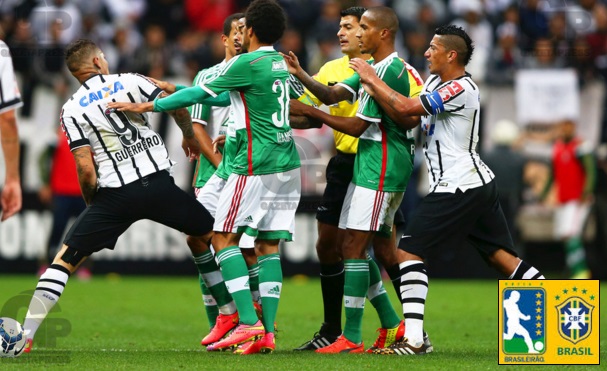 Brazlian league has the flair, the samba touch and some very exciting games but the quality of football is way below the standard of European top leagues. 2015 league winners Corinthans had 81 points while the 20th place side Joinville had 31 and thats massive 50 points gap. But as far as Copa Libertadores is concerned Brazil had atleast 4 teams in each of the last 3 season knockout rounds. Probably the best league in South America at the moment both in terms of quality and star players. Argentina clubs has won the last two Copa Libertadores (River Plate 2015, San Lorenzo, 2014). Carlo Tevez has returned to Argentina and guided his Boca Juniors side to title victory in 2015. Unlike the other top leagues, Argentina has 30 teams in top division divided into two zones of 15 teams each. 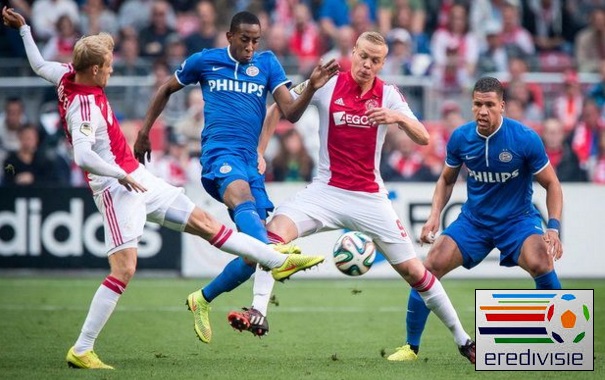 Ededivise has long been a second string league behind top european domestic competitions. Ajax and PSV are two power houses who most often than not compete for the title. Ajax has won 4 league titles in the last 5 years. Interestingly dutch league has the highest goal to game ratio in top european leagues but also a most red cards. Ajax and PSV has best academies in the world providing youngsters around europe. So many great players learned their trade here you talk about Ronaldo (Brazlian), Ruud Van Nistelrooy, Bergkamp, Van Persie, Huntelaar, Luis Suarez and Arjan Robben to name just a few.

But their failure to hold on to talent is also their downfall in European competitions. Last time a Dutch side made it to the champions league final was back in 1995 when Van Gaal guided Ajax to their fourth champions league title. 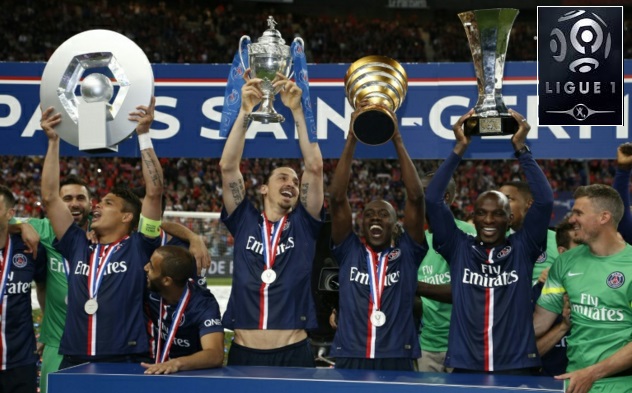 Back in the 90’s French ligue 1 was the most unpredictable league in the world where they have 7 different champions in 9 years. But Olympic Lyon dominated 2000’s 7 consecutive titles from 2002 to 2008 than another short period of unpredictability lead to 4 different champions in 4 years. Than came the oil rich Paris Saint Germain who has been absolutely dominating French league having won 4 back to back titles and that has kind of lead the overall appeal to the league suffered. French clubs are still losing talented players to other t0 European leagues and only PSG has had some success in European football. 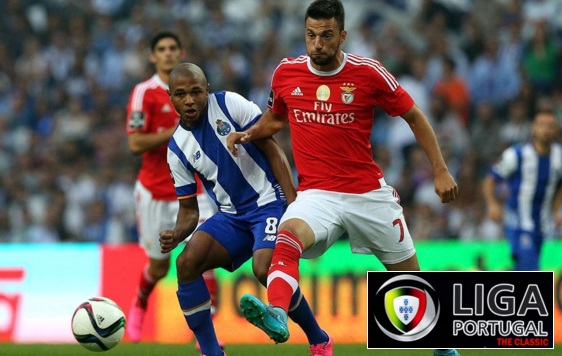 FC Porto and Benfica has long dominated Portugese football and they are also two of the most consistent teams in champions league. Quality of football is pretty similar to that of Spanish La liga but Portugese clubs has the same dilemma as Dutch league as they can’t afford to hold on to talented players for long. Just like La Liga, Portuguese league is dominated but two top teams and last time a team other than Benfica and Porto won the league was back in 2002 when Sporting pipped Porto for the title. 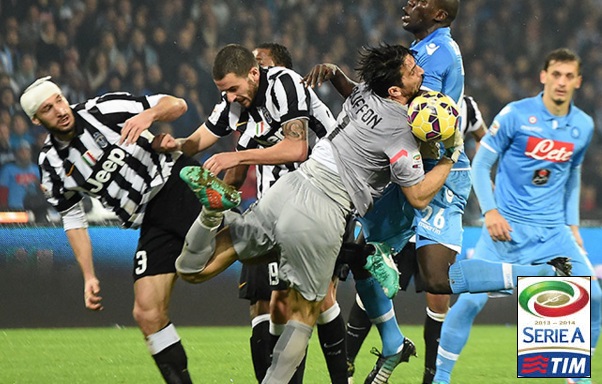 A decade ago, Italian Serie A was by far the most exciting league in the world with so many top teams full of star players dominating european football. But than came that 2006 match fixing scandal which rocked the league and it has yet to fully recovered since than. Although Juventus has somehow recovered some of the value back by reaching 2015 final and poaching some great talented players but overall excitement, attendance, viewing figures and social media presence has gone downhill since 2006.

In 2015-16 season however Napoli took Juventus all the way down to the final few games for the title race while teams like Fiorentina, Inter Milan and Roma are slowly becoming more competitive and closing the gap to Juventus who has won the league for 5 successive seasons. 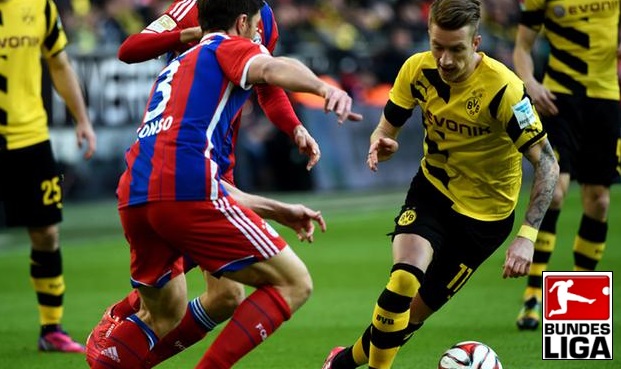 Best average attendance, competitive games and overall excitement levels has increased in last decades. Bundesliga has also sold extensive tv rights deals worldwide giving more exposure to german clubs around the world. Bayern Munich is widely considered as the best team in the world alongside Barcelona. Dortmund has been consistantly good in Europe and teams like FC Schalke, Wolfsburg has added overall value to the league. Having said that Bayern Munich are head and shoulders above most of the clubs in the league and they would probably win the league even with their second string side. 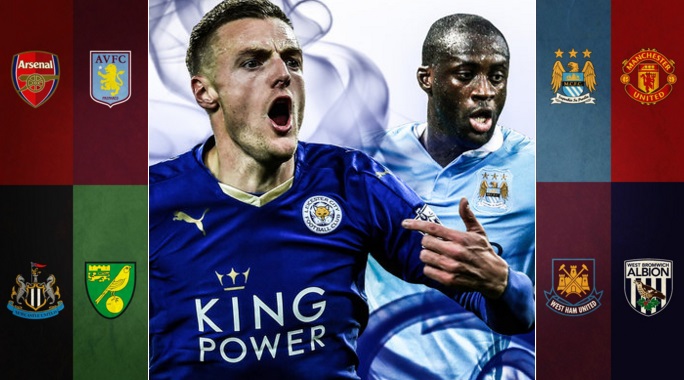 We can have a debate about top 10 leagues in the world but there is no argument which are the top 2 leagues. Premier League and Spanish La Liga are by far the best football leagues in the world and fans often compare the two and result differ from person to person. On excitement level, average attendance and competitive nature premier league tops the bill. 2015-16 is the best example of premier league’s competitive and intense nature where Leicester City are about to the win the league. Defending champions Chelsea struggling in 10th place. Any team can beat any other in the league. However the points where Premier League loses against La Liga are the quality of football and European success, Both critical points.

NBA of football ?: Having said that with all the top managers heading to premier league and the financial windfall about to open on premier league clubs from 2016-17 season we can only assume Premier league clubs are going to get stronger by the year and its not too long from now when Premier League will be the NBA of football. Leicester City has made a name and given themselves a platform to really excel at top level, tottenham has one of the best young squads in europe, West Ham are moving to new stadium and had a good season to build on from, United, Arsenal, Chelsea and Liverpool have loyal fan basis across the world. Man City are improving in European level and if you look at teams like Southampton and Everton they have solid competitive squads thats atleast 10 qualify teams who can beat anyone.

Personally I would put Premier League as the best league in the world but right now its unfair to overlook spanish clubs success in europe but its not too long before Premier league medal weighs more than even champions league.

Barcelona vs Real Madrid and Messi vs Ronaldo has been the selling point for La Liga for the best part of last 10 years. They have the quality, star players, money and they carrying the league at the moment. But Atletico Madrid has really given La Liga a new dimension and join the top two while clubs like Sevilla and Villarreal has improved over the years. La Liga’s quality of football is often praised worldwide and they also had major impact in european competitions. The also signed a new equal tv rights deal which will help bottom clubs to get a fighting chance against the traditional top 4 or 5 in the league.

But La Liga do have a concern over plan B once Messi vs Ronaldo rivalry die down or the interest in Barcelona vs Real Madrid calms down a bit. Nobody cares about Villarreal or Sevilla outside spain, how they are going to keep hold of players when even bottom premier league clubs can outbid top european teams for talented players ?

I would love to hear your thoughts on the best leagues around the world, did I miss any top league ? let me know your thoughts by using the comments below.