Real Madrid defeated Atletico Madrid in the quarter finals of the champions league 2nd leg at Santiago Bernabue when Ronaldo produced a moment of magic and squared the ball to Javier Hernandez who scored for Real Madrid and put them into their 2nd straight semifinal. Now Real Madrid has been drawn against Juventus for the semifinal where first leg will take place on 06 May in Juventus Stadium, Turin while the second leg will be on 12 May 2015 at Santiago Bernabue.

Juventus have been very effective in the champions league so far without looking flashyor glamrous, Juventus defeated Monaco in the Champions League quarter final (barely) while Real Madrid had to dig deep to get a result against Atletico. Real Madrid have the slight advantage of playing second leg at home which means they will be favourites to reach the final which might turn out to be a classico on 06 june 2015.

Juventus official members can apply for tickets through clubs website (juventus.com) while international fans can buy tickets at the official ticket distribution partner of juventus called Viagogo.com. The tickets for Juventus vs Real Madrid are already listed up for sale on this page

Just copy past the above links in your browser it will take your to the first leg tickets where prices starts at 377 euros for lowest category. 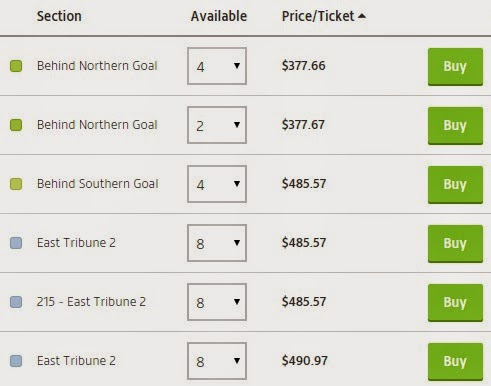