Real Madrid takes on Real Sociedad in the Spanish La Liga game on Saturday, 09 February 2018 at the Santiago Bernabue Stadium in Madrid. Huge game this one for Real Madrid who are no in real danger of missing out finishing in the top four currently sitting just two points ahead of Villarreal in fourth place and massive 19 points behind Barcelona in the title race. The game will kickoff at around 20:45 CET / 19:45 uk time and we will have match highlights right here on this page.

Its a massive game for Zidane’s men who have been struggling for form since the start of the year. Right now they are top of the table with 43 points 1 ahead of Sevilla and 2 ahead of Barcelona but with a game in hand. Playing at home they are favourites going into the match but their recent form has been shaky and Sociedad might pull off a surprise result at Bernabue. 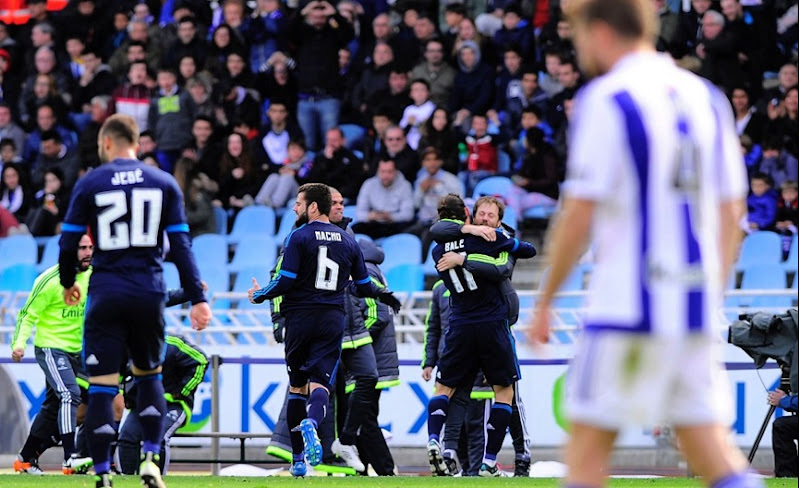 Last time these two meet was back in August 2016 when Real Madrid ran out comfortable 3-0 winners thanks to goals from Bale and Asensio at Anoeta Stadium. However things have changed since than and after incredible 40 games unbeaten run, Real Madrid are struggling with results and more importantly injuries to key players.

Team News & Starting Lineups: Real Madrid do have some injury problems going into the game and Zidane’s will have to rotate the squad keeping in mind the Champions League semifinal second leg against City in midweek. Cristiano Ronaldo is the fit enough to start but we can only assume he will be given extra rest on weekend so that he can start fresh against Manchester City in the midweek. Karim Benzema is a sure absentee after suffering hamstring injury while Zidane can make couple of changes at the back with Pepe given rest and Rafael Verane playing alongside Sergio Ramos. James Rodriguez and Lucas Vazquez are expected to start upfront alongside Gareth Bale in attacking roles.

Sociedad on the other hand will be without several key players with Carlos Martinez (injury) and Carlo Vela (Suspension) missing out from saturdays clash. This is how I expect both teams to lineup. 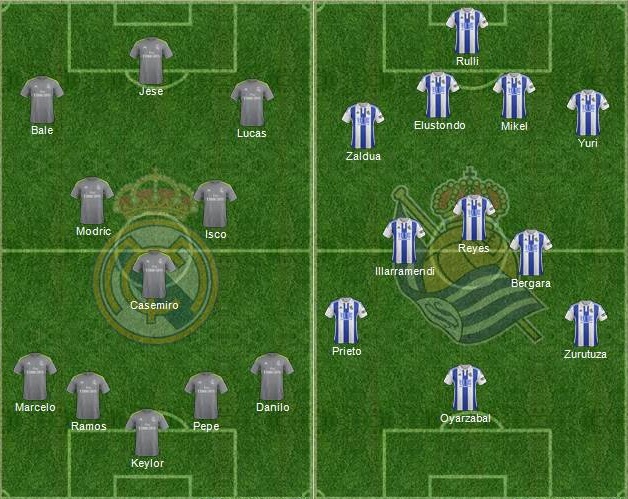 Match Predictions: Its a massive game for Real Madrid who can put pressure on leaders Barcelona by taking all three points against Sociedad but Champions League involvement and injuries to key players might take its toll on Madrid squad and I am going with Sociedad to take a point from this game.

Real Sociedad 0-2 Real Madrid Highlights
[ Spanish La Liga 2016-17 ]
02′ 0 – 1 Gareth Bale scored inside the first two minutes when Sociedad got caught in their own half and Bale headed home after a super drilled in cross
40′ 0 – 2 Marco Asensio continue his superb run of form when he scored just before the break to make it 2-0 and settle the result. 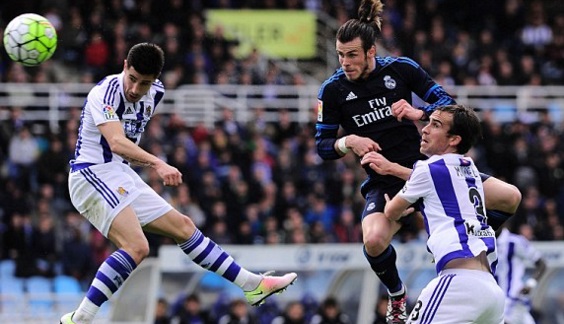 It took around 80th minute for Real Madrid to finally break the deadlock and it was Gareth Bale who scored to save Madrid’s brushes. Los Blancos now go top of the table for atleast a few hours.