Confirmed Russia 23 Men Squad: No announcement yet made by the Russian football federation about the players selection. But as far as sources confirmed that Russia team squad will announced in between (10-15 May).

Stanislav Cherchesov became russian national team coach after abysmal 2016 Euro championship and he has kind of steady the ship however Russia has yet to play any competitive football since Euro 2016 since they automatically qualified for the world cup. So how big a impact Cherchesov has made over Russian national team is yet to be seen. 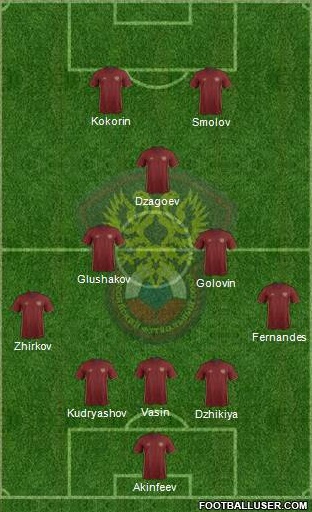 Unlike the previous few major tournaments, this is the weakest squad at least on paper and although they should have enough about them to get out of the group stages its hard to see Russia going past first knockout stage. Cherchesov has made several high profile changes specially at the back bringing in Viktor Vasin (CSKA),  Fedor Kudryashov (Rubin Kazan), Georgi Dzhikiya (Spartak Moscow) in what will be three man defense.

In midfield Igor Denisov is unlikely to be part of the squad after falling out with national team coach while Alan Dzagoev is the stand out start in this Russian side with couple of quality goal scorers in Fyodor Smolov and Aleksandr Kokorin spearheading the attack.

Fifa world cup 2018 hosts drawn in group A. Where they play the first match of the world cup against (Saudi Arabia). The other two opponents that later face are (Egypt and Uruguay).