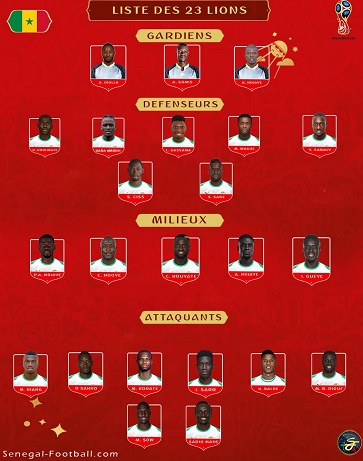 Senegal are probably the best African team in 2018 World Cup and their squad is one of the fastest in whole world cup should cause all sorts of problems for any team. Their official final 23-man squad is listed below.

Confirmed Senegal 23-Man Squad: Aliou Cisse announced the 23-man squad for Senegal and it looks pretty solid on all positions. He left out Omar Niasse of Everton which was a surprise for many.

Aliou Cisse played at a decent level in club football around europe and since retiring he has been with Senegal national team since 2013 starting as assistant coach to Under-23 team following that up becoming assistant coach of national side and appointed as head team coach in 2015. He is not afraid to make big decision and that was evident when he left out Omar Niasse of Everton from the 2018 World Cup squad.

Senegal have several players currently played for top clubs in Europe most notably Kalidou Koulibaly at Napoli will be a leader at the back while Sadio Mane’s pace and trickery can trouble any team upfront. This is how i expect Senegal to lineup in the 2018 World Cup. 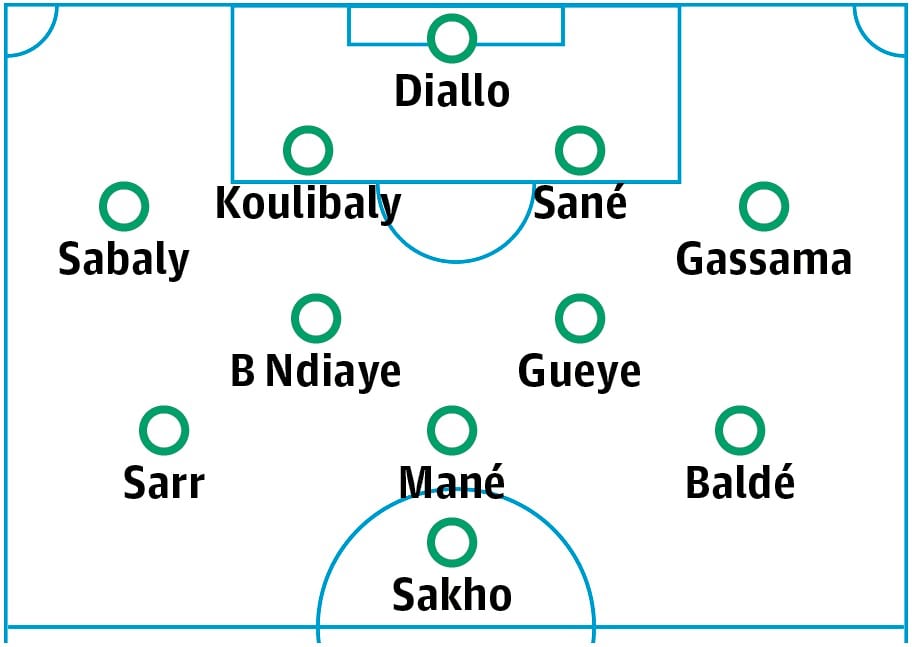 There is so much pace upfront for Senegal with the likes of Balde, Mane and Sarr playing attacking roles just behind Sakho. Gueye and Ndiaye will provide much needed shield in midfield while their defense is rock solid with Koulibaly and Sane. I expect them to do well in World Cup and should reach next round at minimum with the kind of squad they have at the moment.

Senegal are in a group with Colombia, Poland and Japan making it a very competitive group. Any of the four teams can qualify for the next round.