Adidas went with traditional Rossoneri design for home kits of AC Milan for the upcoming 2015-16 season and the kit was officially released during the Italian Serie A game against AS Roma this week. While the away and third kits will be released when AC Milan travel to China where they will be playing couple of friendly matches against Real Madrid and Inter Milan. Here are the all new home away and third kits which were leaked online.

This is the new traditional style home kit with black/red stripe and a small round collar in black colour. There are grey adidas stripes on the shoulder of the shirt makes it unique in a sense.

New home kit features an iconic Milan design and the new home kit is suppose to be released in the Italian Serie A game on 09 May 2015.

AC milan new away kit will come in main colour as white with red/maroon designs behind the Fly Emirates logo. The end of sleeves cuffs will be red while the collar will come in simple Vshaped white colour. 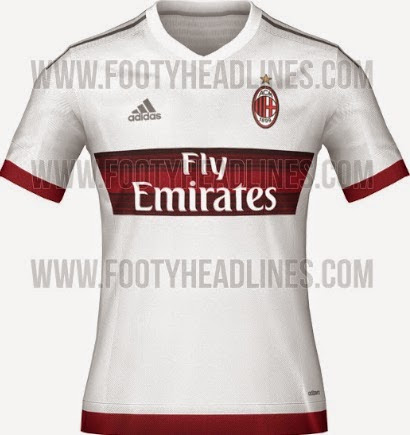 The third kit design features a dark green colour with yellow application giving Milan a totally unique set of kit which will be used in the away cup or european matches (if Milan qualify of course). 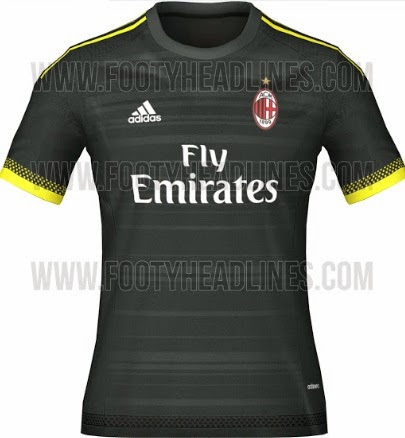