New Puma Arsenal 2015-16 home kit has been released today 15th June 2015 at around 09:30 uk time and here are the official pictures of the home kit release which was unveiled outside the emirates stadium today. 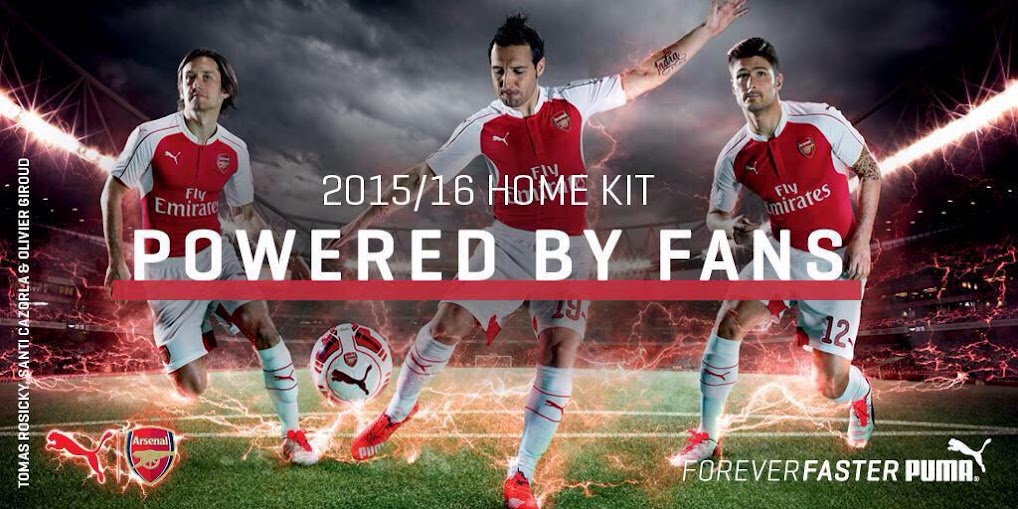 The home kit features a traditional red-white colour design with a button styled collar. There is a beautiful gold application across the shirt 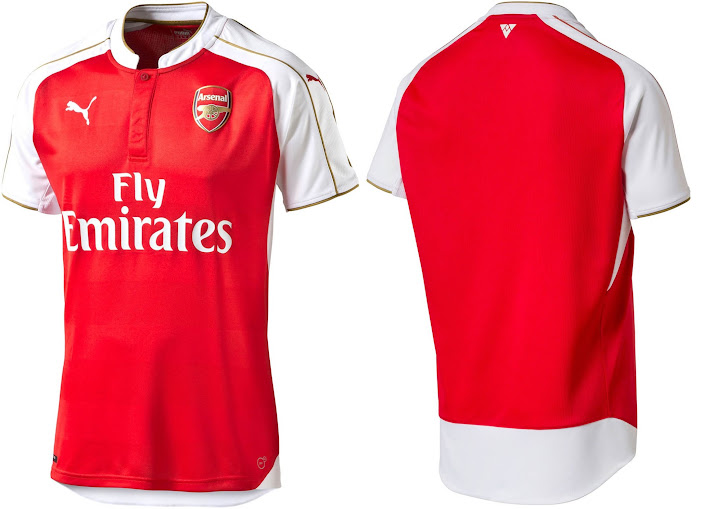 The body of the home kit is red while the sleeves are white and collar feature a unique design in white colour and gold application. There is very thin line from collar to shoulder all the way to the end of sleeves which finishes in gold application. 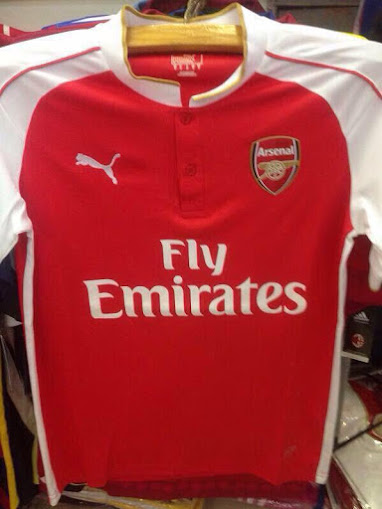 The shorts of the kit will be white and socks will also feature white and red combination.

Arsenal’s new unique away kit which comes in golden/navy blue design will be officially released on 14th July 2015, here are the leaked images of the new kit. 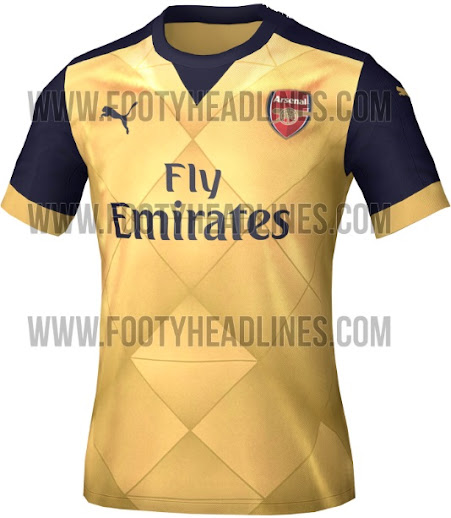 The new away kit features a striking golden as main colour supported by navy blue on the slvees, shoulders and v shaped collar.

Puma are likely to bring in a unique designed third kit for arsenal and here is the leaked image of the alternative kit for upcoming season. 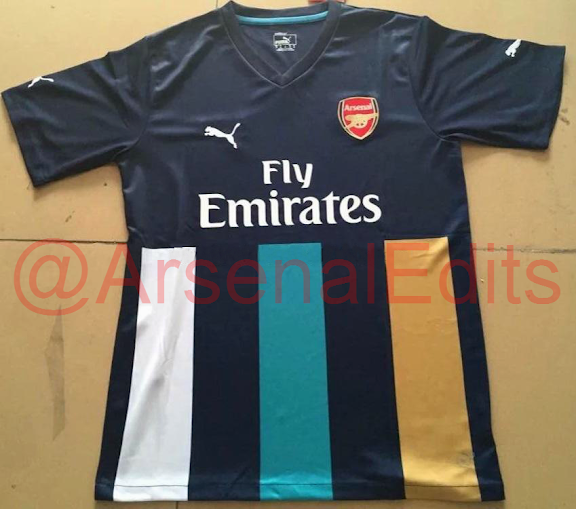 The away kit will feature dark grey as the main colour with three unique colour design on the lower body of the shirt. The collar will be small V-shapped.

Arsenal home kit is set to release on 15 june while the away and third kits should be officially unvieled during Arsenal’s pre-season tour.