The new Bayern Munich kits for 2015-16 will be made by german sports brand Adidas again and three new kit design will be released this summer for the next season. The home kit comes in traditional Bayern Munich red colour while white away kit is inspired by German national team kit for world cup 2015 and the third alternative kit features dark grey and red application.

The all new Bayern Munich 2015-16 home kit has been released during the Bundesliga match against Augsburg on 09 May 2015. Here are the official images of the new home kit.

The home shirt comes in red design with slightly darker red tone application on the shoulders, collars and at the bottom of the shirt. There is also a small faded design in the dark red colour at bottom of the shirt which is inspired by the club logo and the bavarian flag. Shorts for the new home kit will be matching red with the shirt. 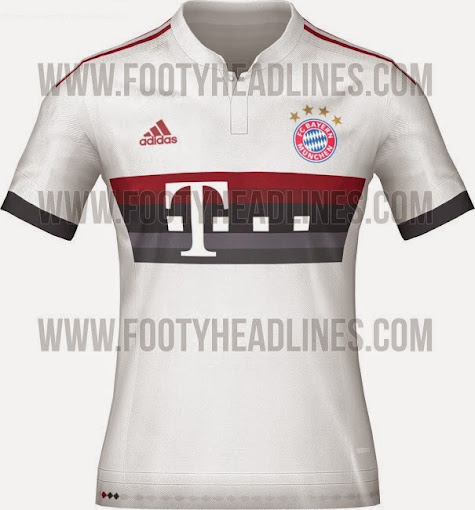 The away kit comes main white color which is supporter by dark red and dark grey applications as Adidas stripes on shoulder, collar, sleeves. There is a design inspired by German national home kit from 2014 world cup in red, grey, dark grey on top of it there is sponsor logo.

The third kit will feature a dark grey design with red application and here is the draft for the third kit. 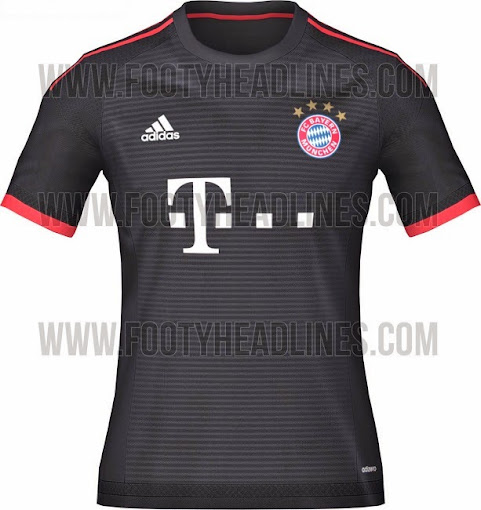 Bayern Munich 2015-16 Kits Release Date:
The home kit has been released on 09 May 2015 while the Away & Third kits will be released in July just before the start of 2015-2016 German Bundesliga gets underway.