Chelsea are about to end their 2015-16 season at a record low position in the league in two decades, new manager has already been announced in Antonio Conte. Today Adidas has officially released the home kit of Chelsea for upcoming 2016-17 season and it comes in a traditional blue colour with unique design on the front of the shirt.

This is the newly released home kit for Chelsea which will be used in 2016-17 season. 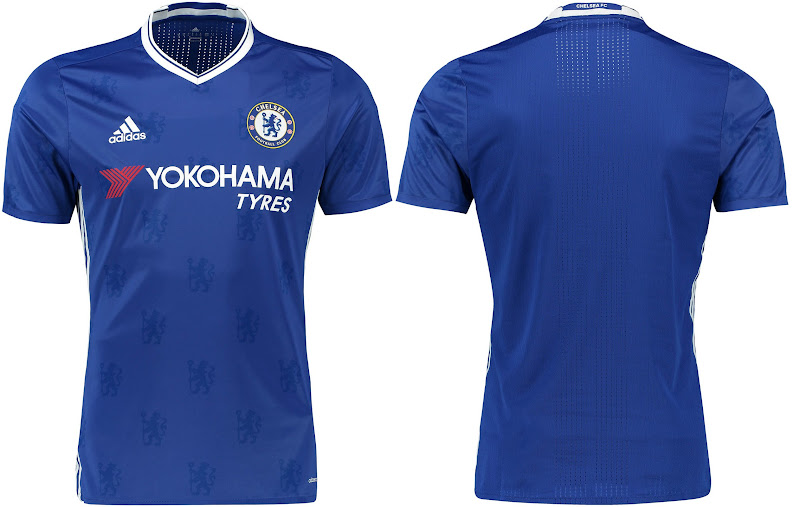 The new kit features a simplistic design with unique chelsea crest graphic pattern pasted all over front of the shirt. Adidas has opted out of using traditional stripes on the shoulder and instead new home kit features stripes on the side of the kit. The collar is small slightly v shapped in white colour.

The shorts of the new kit are matched blue with white application while the socks will be white with blue application.

Adidas will also be releasing away and third kits for next season and both new will be officially unveiled before Chelsea jet on their pre-season tours.

Below picture is the leaked Chelsea away kit which will come in dark grey colour with yellow application. Unlike the 2015-16 season kits sponsor logo will only feature “Yokohama” instead of “Yokohama tyres”

Chelsea’s third alternative kit will be white with blue application and will feature the similar design of home shirt. Both away and third kits will be released before/during the pre-season tour to USA. 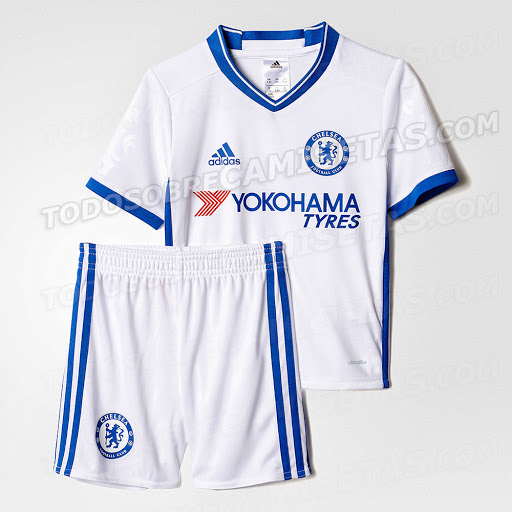 Once both away and third kits are released we will update this page with the officially released pictures. Chelsea are seem to be going low-key with their off-season duties but we will keep you updated with both their kit released and pre-season tour updates.